Pediatric blood disorders represent a category of noncancerous diseases typically affecting infants, children and adolescents. Such diseases include the failure of the bone marrow, anemia and haemophilia. The conditions vary in severity and can negatively impair functionality.

Beta-thalassemia is a disorder characterized by the lack of synthesis of beta-globin, a vital component of haemoglobin. There are three main types of the disorder: thalassemia minor, biaxin and lithium thalassemia intermedia and thalassemia major. Those with the thalassemia major typically present with symptoms during the first two years of infancy and require frequent blood transfusions and chelation therapy in order to reduce the impact of iron overload – a common complication of regular transfusions. 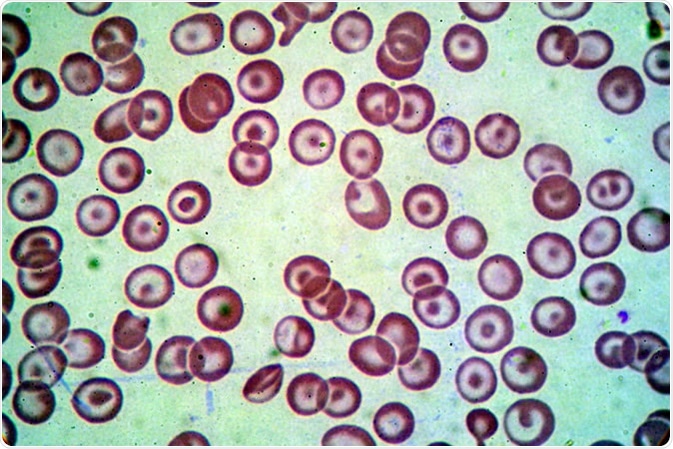 The reduction of beta-globin production and the consequential effect of lowered oxygen-carrying capacity of red blood cells is associated with the onset of several other conditions such as hepatosplenomegaly, as disorder whereby the spleen and the liver swell abnormally, as well as acute anemia. In incidences where beta-thalassemia is undiagnosed and therefore untreated, life expectancy is shortened alongside the ability to thrive. Children who get diagnosed with thalassemia intermedia slightly, later on, do not need red blood cell transfusions.

Sickle cell disease is comprised of a number of inherited red blood cell disorders. Due to genetic mutation, the red blood cells of those with sickle cell disease are sickle-shaped, or s-shaped, which lack flexibility and have an increased probability of adhering to the vessel walls. This can create blockages that restrict or stop blood flow, reducing the amount of oxygen able to permeate nearby tissues.

The conditions are associated with a range of symptoms which can present from just a few months of age. The most common signs and symptoms experienced are anemia; the swelling of hands and feet; recurrent episodes of infection; acute fatigue and tiredness; and frequent pain. However, for some children, very few or no symptoms may be experienced.

Congenital bone marrow failure diseases are considered to be quite rare, affecting approximately 5000 people globally. Conditions under this category typically affect all the body’s cells in addition to those synthesized in the bone marrow.

Caused by mutations in FA genes, Fanconi anemia is an inherited blood disorder characterized by the inability to repair cell DNA damage. As a result of this, the cells of children with the condition may stop functioning correctly or result in apoptosis (cell death).

Symptoms are typically detected in children between the ages of 5 and 10 years and include anemia-related symptoms, for example, fatigue; delayed onset of puberty; stunted growth; and increased susceptibility to bruising.

The condition can also lead to a plethora of associated health issues, for example, bone marrow failure. This can occur when the bone marrow fails to produce the necessary amount of blood cells, which in some cases can lead to the onset of acute aplastic anemia. Research has also found that those with Fanconi anemia may be more at risk of developing certain types of leukaemia.

Shwachman-Diamond syndrome (SDS), is an autosomal recessive disease which in approximately 90% of cases is caused by a mutation of the SBDS gene. It is characterized by exocrine pancreatic impairment, malnutrition, and a predisposition for cancers such as leukaemia.

Dyskeratosis congenita is often characterized by the presence of three signs/symptoms: the presence of thick white patches within the child’s mouth, also known as oral leukoplakia; dystrophy of the finger and toenails; and skin pigmentation changes. Children with the condition are also at a larger risk of developing bone marrow failure referred to as aplastic anemia.

Like most conditions, cases can range in severity. The most severely affected children may present with bone marrow failure, fibrosis of the lung, or cancer in adulthood. In less severe cases, typical functionality of the bone marrow may exist alongside a mild form of the physical characteristics. In 50% of children with dyskeratosis congenita, etiology is linked to genetic mutations in TINF2, TERT, DKC1 or TERC gene. In other cases, no mutation is identified and therefore, the cause is unknown.