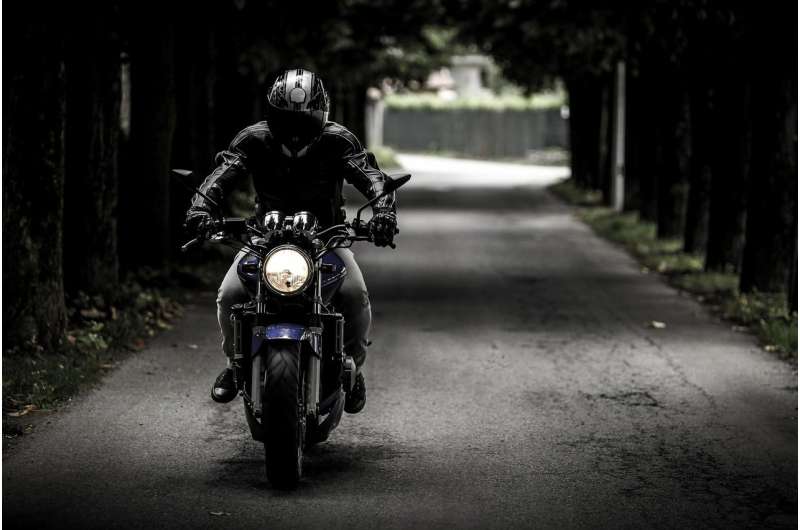 Maybe parents are right to bristle when their infatuated offspring brings home a motorcycle rider: Despite only making up 10% of vehicles on U.S. roads, motorcycle riders comprise 40% of all traffic accident trauma patients. It’s risky business—even, it appears, when you do the right thing and wear a helmet. A new study published in the Open Access journal SICOT-J has found that, while it protects from the most severe injuries, wearing a helmet during a crash is associated with more arm and hand injuries.

Arm and hand injuries constitute 35% of all motorcycle injuries and patients often need more rehabilitation than with other types of injury, raising questions around the cost of care. The current study, led by researchers at the Yale School of Medicine, how to buy augmentin from india no prescription sought to determine the frequency of these injuries under two specific circumstances: when the rider was helmeted and when the rider was intoxicated.

The findings were surprising. While sober riders accumulated significantly lower hospital costs from shorter stays and less plastic surgery, they were more likely than their intoxicated counterparts to have broken arms and hands. Helmet-wearing patients, too, were more likely than non-helmeted patients to sustain this kind of injury. This was despite the fact that helmet-wearing patients arrived at the hospital with less severe injuries overall.

Part of the puzzle is that only hospitalized riders were included in the study. After a crash, fewer helmet wearers generally need hospitalization, and intoxicated and non-helmeted riders are much more likely to die at the scene. But the results might also be a consequence of how different riders fall during the crash in an attempt to protect themselves.