While the future of the pandemic remains uncertain, we’ll probably have to live with COVID-19 for some time.

We face a range of possible scenarios. At the most optimistic end of the spectrum, new vaccines will protect against all current and future variants of concern. At the other extreme, we’ll see the frequent emergence and spread of new variants, against which existing vaccines will have limited effect.

Notably, although new variants do threaten the effectiveness of COVID-19 vaccines, decades of experience updating influenza vaccines can inform our global response.

The B.1.1.7 variant, which emerged in the United Kingdom in late 2020, is more infectious and deadlier than the original strain of SARS-CoV-2 (the virus that causes COVID-19). Fortunately, is indocin safe though, preliminary data indicates COVID vaccines still work well against it (although this research hasn’t yet been peer-reviewed).

Meanwhile, a study published yesterday found the Oxford/AstraZeneca vaccine is ineffective against mild or moderate COVID-19 caused by the B.1.351 variant. This study was done in South Africa, where this variant emerged and is currently dominant.

Results of clinical trials of the Novavax and Johnson & Johnson vaccines indicated about 60% overall effectiveness in South Africa, according to the vaccine manufacturers. This is lower than the 70-90% reported in the United States and the UK.

Notwithstanding differences in each country’s health systems and health status of their populations, which may explain some of the differences, this is a concerning trend.

Reassuringly, Johnson & Johnson reported 85% effectiveness against severe disease, regardless of country or variant. This suggests while some existing vaccines may not entirely prevent infection and mild illness caused by certain variants, they may still protect from severe illness and reduce the load on hospitals.

But if new variants continue to emerge, COVID vaccines may need to be reformulated regularly.

Several manufacturers have announced they’re already working on boosters designed to be more effective against the B.1.351 variant, which has now been detected in 48 countries.

To develop updated vaccines that best respond to new variants, we need to understand the spread of the variants around the world. This is a big challenge.

To know which variant a person is infected with we need to sequence the viral genome (the genetic material of the virus), which can be expensive and time-consuming. While global access to diagnostic tests is improving, huge disparities in access to sequencing technology remain.

These disparities are reflected in information we have about currently circulating variants. Another variant of concern, P.1, shares some of the key mutations present in the B.1.351 variant. So it may present similar problems with vaccine effectiveness, although clinical trial data are lacking. 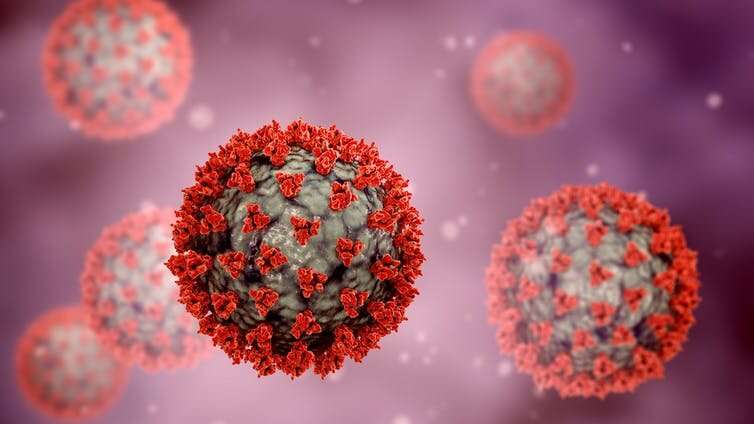 The P.1 variant was first identified in Tokyo in travellers from Brazil in January 2021. However, we now understand it’s been circulating in Brazil since early December 2020.

Around the world there have only been about 700 shared P.1 sequences, compared with more than 150,000 sequences of the B.1.1.7 variant. There are certainly far more than 700 cases of P.1, but resource constraints mean we’re not getting the full picture of how different variants are spreading.

Further, while sequencing capacity has been massively scaled up during the pandemic, it cannot determine whether a mutation will change how the SARS-CoV-2 virus interacts with our immune system. This requires more lab work, called “antigenic characterisation”, with limited global capacity to undertake this specialised testing.

Patchy understanding of the nature and spread of new variants may lead manufacturers to focus on modifying their vaccines towards better-known variants, which at the moment are those found in more developed countries. These vaccines may be less effective in developing countries where less well-understood variants may predominate.

So we need ongoing, coordinated and global sharing of sequencing information and virus samples to track virus evolution and vaccine effectiveness.

We’ve encountered similar challenges in the development of influenza vaccines, which are updated annually to ensure they remain effective against new strains.

Existing ‘flu surveillance has already been adapted to some degree for COVID. The Global Initiative on Sharing All Influenza Data, an online platform set up in 2008, has become the main tool used to share SARS-CoV-2 sequences.

In the case of influenza, we’ve seen a coordinated global response. The Global Influenza Surveillance and Response System, established in 1952, includes more than 140 laboratories across 114 countries. These labs share information on influenza viruses with five WHO Collaborating Centers, including genomic sequences, antigenic characterisation, and epidemiological data.

The WHO collaborating centers are then responsible for conducting further analysis to guide vaccine composition, inform regular global updates on circulating strains, and provide training and support to national laboratories.

Twice a year, WHO makes recommendations on vaccine composition for the following influenza season. These recommendations are not binding, but national regulatory agencies and manufacturers have consistently used them to develop ‘flu vaccines for more than 40 years.

A similar approach may prove useful for COVID-19. So far, manufacturers have made decisions about COVID-19 vaccine composition in consultation with national regulatory agencies. Developing a global framework to identify variants that warrant a vaccine update will allow manufacturers to focus on the technical aspects of vaccine development.

In turn, this will facilitate more rapid rollout of vaccines—and importantly, vaccines that are effective against variants circulating around the world, rather than only those affecting developed countries.