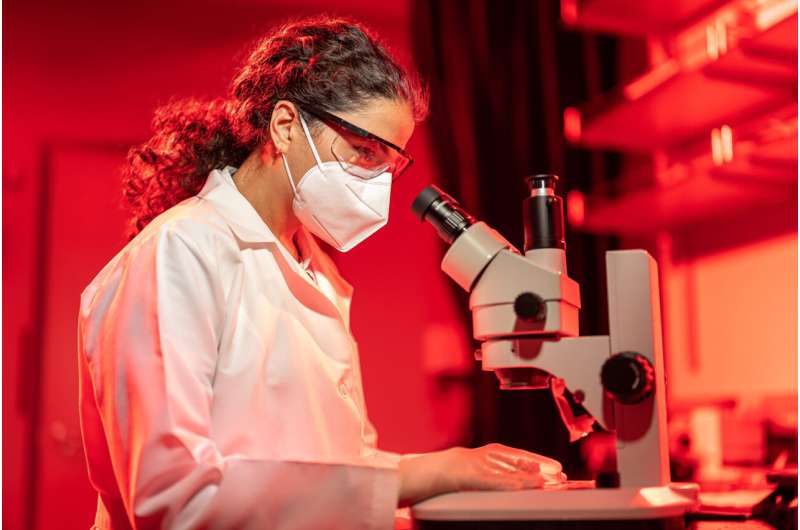 Scientists have revived light-sensing neuron cells in organ donor eyes and restored communication between them as part of a series of discoveries that stand to transform brain and vision research.

Publishing in Nature, a team of researchers from the John A. Moran Eye Center at the University of Utah and Scripps Research collaborators describe how they used the retina as a model of the central nervous system to investigate how neurons die—and new methods to revive them.

“We were able to wake up photoreceptor cells in the human macula, which is the part of the retina responsible for our central vision and our ability to see fine detail and color,” explains Moran Eye Center scientist Fatima Abbas, Ph.D., lead author of the published study. “In eyes obtained up to five hours after an organ donor’s death, these cells responded to bright light, colored lights, and even very dim flashes of light.”

While initial experiments revived the photoreceptors, the cells appeared to have lost their ability to communicate with other cells in the retina. The team identified oxygen deprivation as the critical factor leading to this loss of communication.

Vinberg also built a device to stimulate the retina and measure the electrical activity of its cells. With this approach, the team was able to restore a specific electrical signal seen in living eyes, the “b wave.” It is the first b wave recording made from the central retina of postmortem human eyes.

“We were able to make the retinal cells talk to each other, the way they do in the living eye to mediate human vision,” says Vinberg. “Past studies have restored very limited electrical activity in organ donor eyes, but this has never been achieved in the macula, and never to the extent we have now demonstrated.”

The process demonstrated by the team could be used to study other neuronal tissues in the central nervous system. It is a transformative technical advance that can help researchers develop a better understanding of neurodegenerative diseases, including blinding retinal diseases such as age-related macular degeneration.

The Nature study, “Revival of light signaling in the postmortem mouse and human retina,” has now provided data from over 40 human donor eyes—including the first description of a mechanism that is expected to rate-limit the speed of human central vision.

Vinberg points out this approach can reduce research costs compared to non-human primate research and dependence on animal models that produce results that do not always apply to humans. While mice are commonly used in vision research, they do not have a macula. Researchers can also test potential new therapies on functioning human eye cells, speeding drug development.

“The scientific community can now study human vision in ways that just aren’t possible with laboratory animals,” says Vinberg. “We hope this will motivate organ donor societies, organ donors, and eye banks by helping them understand the exciting new possibilities this type of research offers.” 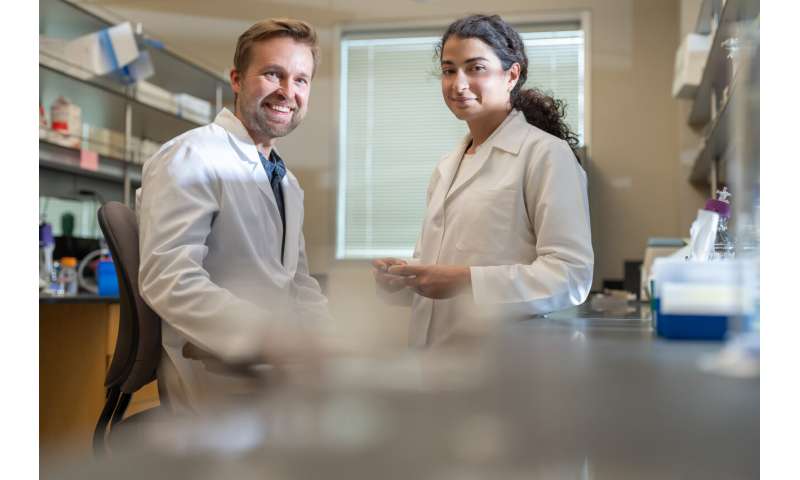 “Until now, it hasn’t been possible to get the cells in all of the different layers of the central retina to communicate with each other the way they normally do in a living retina,” Hanneken said. “Going forward, we’ll be able to use this approach to develop treatments to improve vision and light signaling in eyes with macular diseases, such as age-related macular degeneration.”

Authors of the study are: Fatima Abbas, Silke Becker, Bryan W. Jones, and Frans Vinberg of the University of Utah, Ludovic S. Mure and Satchidananda Panda of The Salk Institute for Biological Studies, and Anne Hanneken of Scripps Research.