Sepsis is the hosts’ excessive response to an infection, causing a systemic inflammatory response.

Its pathophysiology is complex, allied custom kitchens depending on several molecular pathways leading to cytokine release, metabolic changes, coagulation changes, and others. 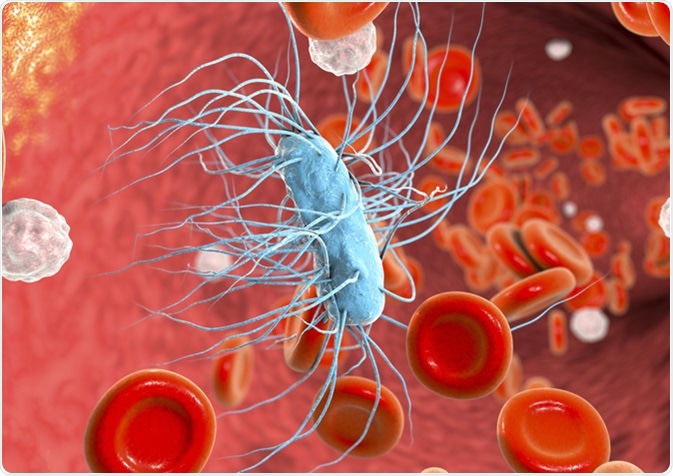 Toll-like receptors, or TLRs, are highly implicated in the immune system. Through this, they form one of the first pathways in response to an infection and are heavily implicated in sepsis. They are a form of pattern recognition receptors, which pathogens bind to upon infection. Pathogens can cause enhanced reactivity in TLRs through danger-associated molecular patterns, which bind the TLRs, and TLR4-mediated nuclear factor kappa B (NF-κB) has been associated with derailing of the inflammatory response in sepsis.

When microbial products called PAMPs (pathogen associated molecular patterns) bind to TLRs or other pattern recognition receptors, they initiate the transcription of proinflammatory cytokines and type I interferons.

The proinflammatory cytokines include tumor necrosis factor alpha (TNF-α) and interleukin 1 (IL-1) and 6 (IL-6). These are highly implicated in sepsis due to activating highly inflammatory pathways by increasing the number, lifespan and activity of innate immune cells.

The proinflammatory cytokines have a range of effects which often lead to the manifestation of the symptoms of sepsis. One of the cytokines induced by TLRs is pro-interleukin-1beta (pro-IL-1β). Pro-IL-1β is processed by caspase-1 into an active extracellular form with highly inflammatory properties. Caspases, such as caspase-1, are important in apoptosis, or cell death.

They activate caspase activated DNases (CADs) which fragment DNA in apoptosis. Knock-out mice who do not have caspase-1 are protected from sepsis and it appears to be needed for a competent immune response.

Blood clotting is one of the most serious characteristics of sepsis. It occurs normally in inflammation as a result of coagulant factors in the blood, but these can come about in several ways.

For one, pro-inflammatory cytokines release web-like collections of DNA and antimicrobial proteins and enzymes. These are called neutrophil extracellular traps (NETs) and form a scaffold for platelet activation, which are the first responders in the blood to clotting.

Because of this, thrombin has been attempted as a treatment target in sepsis to mediate coagulation in vessels.

Activated protein C (APC) is an endogenous anticoagulant protein which is regulated by receptors on endothelial cells, neutrophils, monocytes, and keratinocytes, and soluble receptors which are released.

Endothelial PC receptors (EPCRs) on the surface of cells promotes APC, whereas the soluble version of EPCR inhibits its anticoagulant activity. Soluble EPCR has been shown to be increased in Gram-negative sepsis patients and general sepsis patients have reduced levels of APC.

When APC is bound to EPCR, it activates the PAR1-dependent cellular pathways. It competes with thrombin to bind to PAR-1, resulting in an anticoagulant effect.

MicroRNAs (miRNAs) are non-coding RNA segments which have a regulatory role in translation. The aforementioned TLR’s NF-κB, which causes excessive pro-inflammatory cytokine production, is one of the targets of miRNAs.

Both of these are involved in the NF-κB inhibition pathway by promoting the activation of Iκβ kinase subunit γ (IKKγ). This repression of NF-κB has been shown to occur in sepsis and potentially help the outcome. The activation of these miRNAs is triggered by activation of inflammatory cells through TLRs.

One of the fatal conditions leading to organ dysfunction is disseminated intravascular coagulation (DIC). This process is sustained by plasminogen activator inhibitor-1 (PAI-1), which is elevated in the endothelium during severe sepsis.

Levels of PAI-1 have also been found to correlate with the severity of the disease. Several miRNAs, such as miR-30b, miR-181b, and miR-143/145 clusters, regulate the levels of PAI-1 in sepsis.

However, another miRNA called miR-122 is shown to negatively correlate with the levels of antithrombin III, an anti-coagulant and anti-inflammatory, which suggests inhibiting it could create more positive outcomes for sepsis.