The Drosophila ovary is a model system used to investigate the functional interactions between stem cells and their niches (microenvironments that maintain stemness). 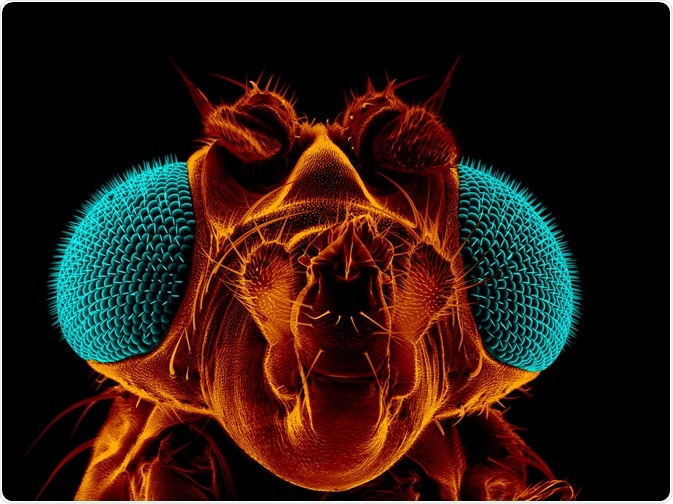 The stem cell niche was first suggested by Schofield in 1978, who posited that stem cells reside within specific microenvironments that prevent their maturation – therefore retaining their capacity of stemness. Twenty years after Schofield's theory, Xie and Spradling identified a cellular niche in the Drosophila ovary that supported the continuance of germline stem cells (GSCs).

The study of the Drosophila ovary, class action lawsuit for lipitor as well as testis, has improved understanding of the principles that determine niche formation and function. The Drosophila ovary and testis are easily observable and can be viewed at varying stages of maturity. These structures have been used to investigate stem cell niches for these reasons.

How is the Drosophila ovary structured?

Female Drosophila have two ovaries, in which 16-21 tube-shaped structures called ovarioles are connected to one another by a stalk. Each ovariole contains 6-8 sequentially developing egg chambers, which originate from the anterior tip, called the germarium, from 2-3 GSCs.

GCSs reside in a niche, or specialized environment that is formed by cap cells and terminal filament. These cells maintain the GCSs ability to undergo self-renewing asymmetric cell divisions, which produce two daughter cells.

One daughter remains associated with the cap cell niche. The other is displaced from the niche and escapes the environment that maintains the property of stemness, where it differentiates to form the cystoblast.

The cystoblast undergoes a cycle of 4 meiotic divisions, maintaining its reproductive cell characteristics, to form 16 interconnected cysts. Escort cells help to guide the passage of maturing cysts through the germarium. A layer of follicle cells eventually envelope the 16 cysts.

Follicle cells are the progeny of follicle stem cells (FSCs), which also reside in the germarium. The enveloped cysts bud off to form the final egg chamber. 15 of the cells assume the identity of nurse cells, and the final cyst assumes identity of the oocyte.

Role of the Drosophila ovary

Anchorage of stem cells and the regulation of daughter cell fates

The anchorage of GSCs to their niche occurs through the beta catenin, integrin or cadherin proteins. When either are mutated in Drosophila, GCSs are lost. Cadherin accumulates at the junction between GSC and cap cell, at a site called the adherens junction.

Through experiments that track the progeny of GSCs by engineering them to express a reporter gene, researchers have been able to determine how stem cells divide in the niche. This revealed that division is asymmetric, as one daughter is observed to lose the reporter gene as it moves away from the niche and differentiates.

The other retains the reporter gene and is maintained in the anterior tip, assuming the identity of the GSC. Hence, the GSC has faithfully undergone both differentiation and self-renewal – the two properties that define stemness.

It is now known that self-renewal arises primarily through signaling events. Decapentaplegic (Dpp) is one of the core proteins required for GSC maintenance, a member of the bone morphogenetic protein (BMP) signaling-molecule superfamily, together with the similar (homolog) Glass bottom boat (Gbb).

These proteins are produced in the germarium’s anterior, where they bind to receptors on the GSCs and trigger a signaling cascade in GSCs, which culminates in the repression of a gene called bag of marbles (bam). Bam expression is necessary for differentiation, and so, silencing of bam results in maintenance of potency and self-renewal.

The niche signal remains restricted to the GSC as the daughter cell produced from asymmetric division is pushed away from the niche and further from the source of the DPP signal. As such, Bam is upregulated in these distal daughter cells, resulting in the activation of differentiation-promoting factors. This is augmented by a secondary regulatory mechanism enacted by the collagen extracellular matrix (ECM), which restricts the signaling range of DPP.

A third regulatory mechanism is the interaction of germ line intrinsic factors with extrinsic signal regulation pathways to regulate stem cell self-renewal and differentiation. Bam engages in negative feedback, which down regulates the daughter cells response to DPP. In this way, the small reduction in DPP signal strength in the daughter cystoblast compared with GSC is amplified through negative feedback to reinforce asymmetric adoption of cell fates.

Stem cells maintained in the niche can proliferate inside of the niche while other niche cells do not, despite these cells being subject to the same proliferation-inducing signals. This is because GSCs are subject to mechanisms of cell cycle regulation that other surrounding cells are not.

Niche cells are held in cell cycle arrest, which prevents their proliferation, by a signal that requires a protein called Dacapo. Dacapo is a negative regulator of the cell cycle. In GSCs however, a Dacapo specific inhibitory molecule called miRNA is expressed. This blocks Dacapo expression, which in turn, overcomes a brake on cell proliferation.

In vivo niches are characterized by the anchorage of small numbers of stem cells to niche cells. These involve the protein cadherin, which forms the junctions frequently involved. Alternative types of anchorage can be to the extracellular matrix or integrins.

In Drosophila, the GSC orientation of division is linked to the asymmetric fate of stem cell progeny. The stem cell daughter cell is retained in the niche, whilst the differentiating daughter cell moves out of the niche.

It is important to note that signals are niche specific, and the same signaling pathway can be deployed in different ways in different stem cell niches. This article has touched only on the signaling pathways found in the Drosophila ovary. However, the principles have been extended to other organ systems in other organisms, and serve as a paradigm for understanding the basis of stem cell maintenance in vivo.