World of Warcraft boasts an epic fantasy setting, where orcish grunts and human knights head to the battlefield to settle a multi-generational conflict that reaches across space itself. In these battles with elves, dwarves, and demons, it’s no surprise that people die a lot in the Warcraft setting. But surely, that’s where the story ends for these heroes and villains, right? Death and taxes and all that?

No, friend, I’m so sorry. The upcoming World of Warcraft expansion, Shadowlands, proves that death isn’t simple at all. In the real world, there are so many mysteries and theories about the afterlife. How can a fantasy setting choose which are true, and which are false? Blizzard answered that question with “They’re all true, and an evil elf has torn a portal open so we can all check the various heavens out.”

That’s the simplest part about the overarching death story in World of Warcraft right now, but don’t worry. I’m here to explain exactly how life and death work in Warcraft — and why it’s completely out of control.

I’m sure some folks will find this an oversimplification, but let’s start with what the life and death cycle looks like in real life. 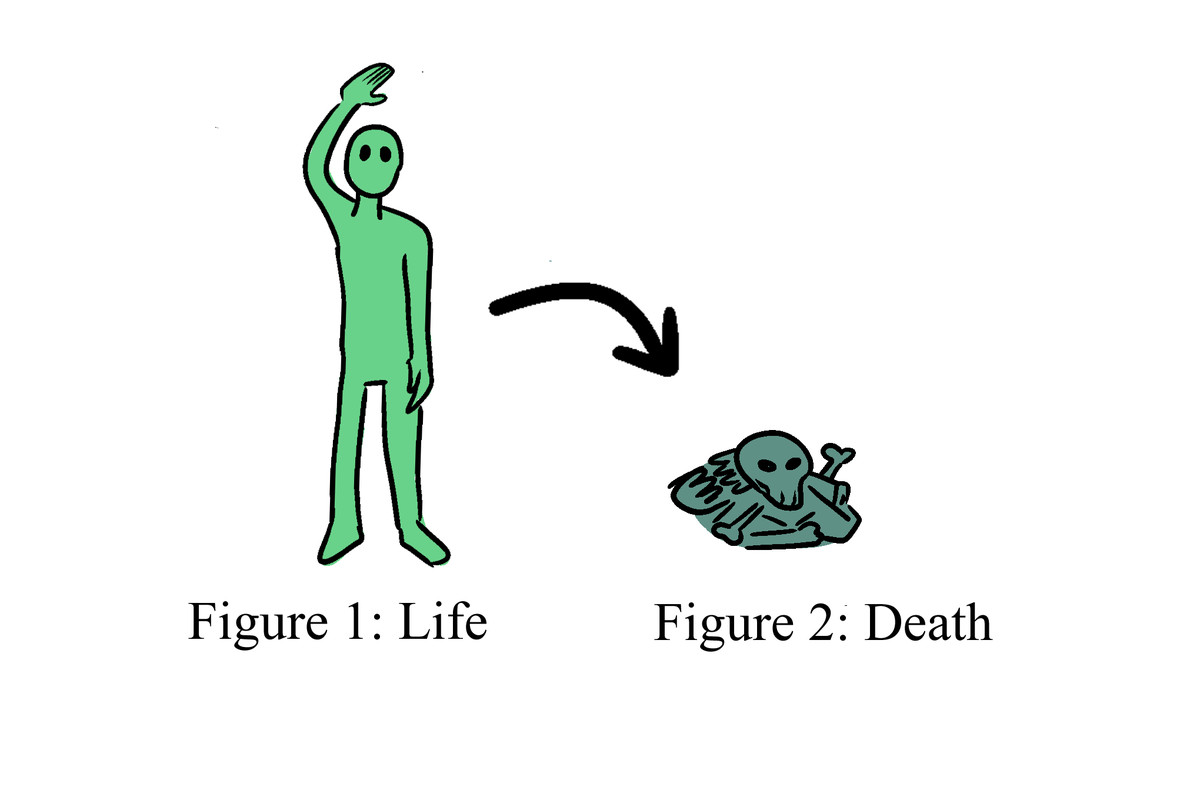 There are questions about the stages in between, but that’s basically it. In World of Warcraft, things get a little more varied. Everyone has a soul. This is a scientific, easily observable fact, because you can just see souls floating around. Someone lives, and when they pass, their soul goes to the ultimate cosmic location for which it is destined. That is, unless you have an immortal demon soul, which allows the beholder to come back to life through the gap in time and space known as the Twisting Nether. Or if your soul is eaten. Or if it’s used as a battery for some kind of portal.

When the body is dead, but the soul is shackled to the world, that becomes a third stage of existence: undeath.

There’s no single type of undeath, but here are some of the confirmed ways that Warcraft characters have made the jump to this stage of semi-life:

An undead is chained to this plane of existence; they tend to basically be a ghost haunting their own corpse. It’s the creamy middle of life and death, and most people who are afflicted by it are really upset about it. Thanks to undeath, many characters who have died can still be in the story.

But what about those who pass on? Surely that’s much simpler, right?

Well, no. Here’s what a full life and death chart might look like for a denizen of the magical world of Azeroth. 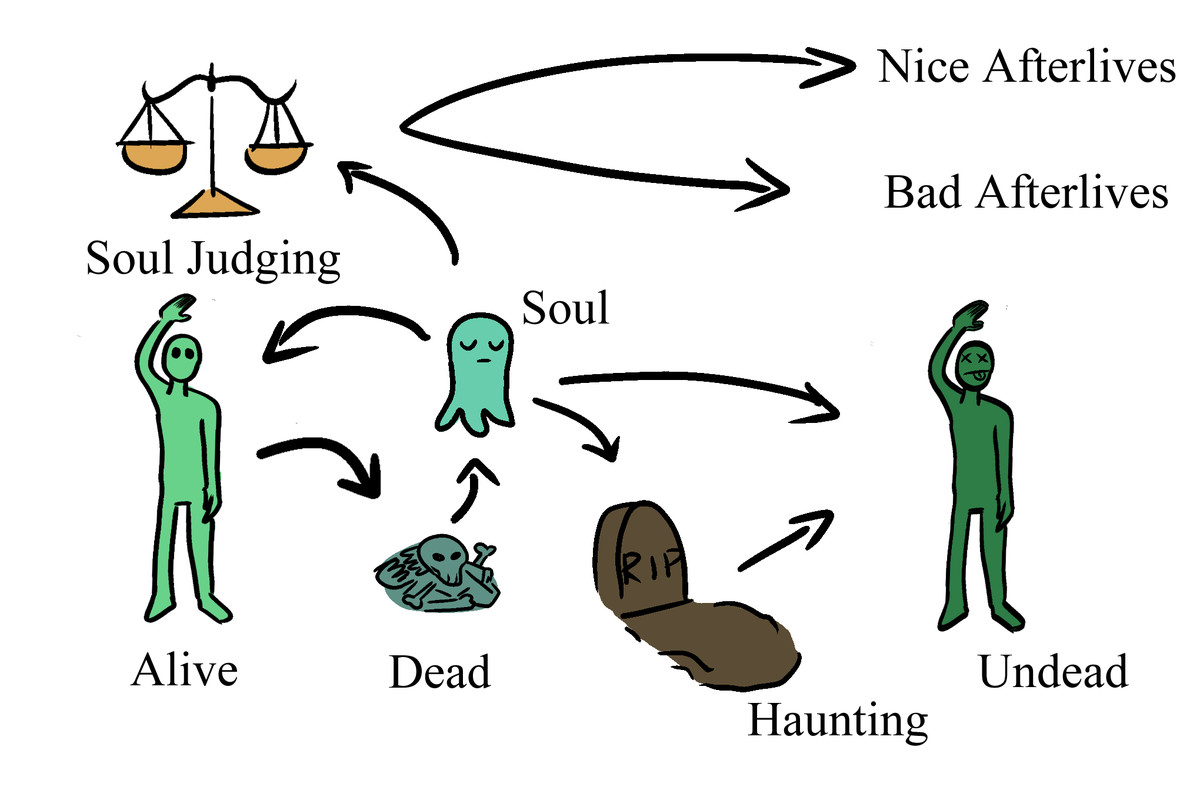 No one can just die

As we dig more and more into death and what it means in the Warcraft setting, the more an unfortunate side effect comes about. No one can ever just die anymore. The last person who had an uncomplicated, no takesy-backsies death in the main storyline was the High King of the Alliance and long-time lore character Varian Wrynn. He got a long cinematic that showed just how badass he was before he finally went down in a blaze of glory. Everyone else who died during Legion came back as a ghost.

That doesn’t mean no one dies in World of Warcraft. Civilians die all the time, usually en masse. Right now, everyone who dies — and a lot of people are being intentionally murdered — are being sent to mega Hell.

But if you’re a main part of the narrative, you better buckle up, because you’re locked in there. Even the player character has canonically died twice! (Or even more, if you play a Forsaken or a Death Knight.) Between undeath, resurrection, retcons, and instances where players thought someone was dead but we never saw the body, World of Warcraft has become a game of musical chairs where if someone is eliminated, they just grab a throne made out of skulls and get right back in the game over everyone else’s protests.

The last character who died an ignoble death off screen was the evil warlock and RTS villain Gul’dan, and Blizzard just shipped in another Gul’dan from another dimension to take his place!

…But everyone has to die

There’s one big exception to this rule: raids. Raids are endgame content where players take down powerful bosses, and those bosses mean a lot more if people know who they are. People love the Icecrown Citadel raid because you come face-to-face with the Lich King, the protagonist of Warcraft 3.

Every World of Warcraft narrative resolves in a raid. That means Blizzard has to cook up a whole bunch of characters for us to murder. There are ways around this — the boss smokebombs out, or we knock them out — but it needs to be used sparingly, or the raid feels all for naught. So Blizzard has created a world wherein every big issue is resolved via players funneling into a series of Murder Rooms full of characters we know and love.

Perhaps that’s what has led to the wild ecosystem of death that currently exists in World of Warcraft, where player characters are pretty chill with the idea of going to a bunch of afterlives in the sky. Every character who has died could potentially come back; everything is fair game. That’s cool, but I miss the days where a guy could just get stabbed and die.