In its first quarterly update of 2020, Blizzard revealed new details about Diablo 4 — as well as feedback from the BlizzCon demo, like the ability to rebind left click.

The post focuses on how Blizzard has evolved the user interface since Diablo 3. (Diablo 4 itself has changed since our first look in 2019.) One of the standout features of the upcoming game is a UI built for both controllers and couch co-op with a friend. 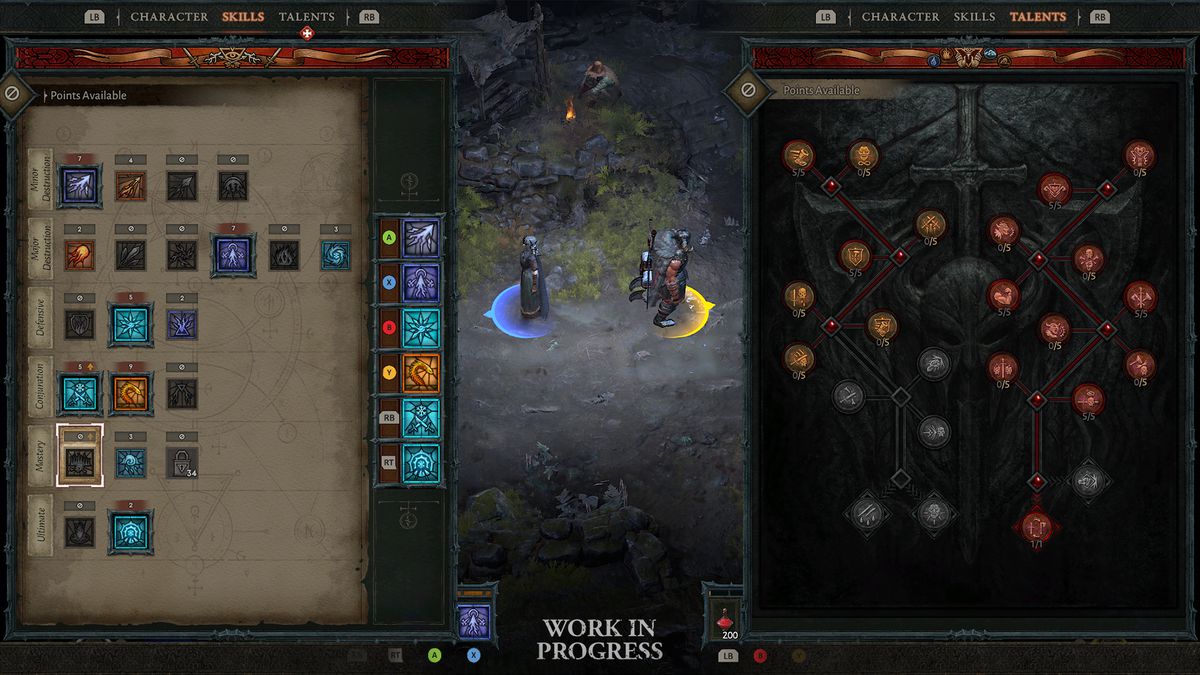 Both players adjust their builds during local co-op in Diablo 4
Image: Blizzard Entertainment

In the image above, both players are customizing their characters simultaneously, with player 1 adjusting their skills and player 2 previewing their talents.

Everything about Diablo 4 is still a work in progress, including these new interfaces. But it’s nice to see Blizzard adjust for players who don’t want to use a mouse and keyboard or those who want to slay demons with a pal in the same room.

Blizzard has yet to announce a release window for Diablo 4.