Every video game is composed of a million little details that someone, somewhere, had to make a decision about. And in Marvel’s Spider-Man, which lets players sling around in Peter Parker’s underwear, it means that someone had to decide how to depict Spider-Man’s nipples and butt.

Midway through February, environmental artist Ryan Benno made an amusing viral tweet about the process involved in designing a video game character.

“Video games are great because somewhere right now there are artists in a meeting room debating whether to have a character with nipples, what possible options to explore varying nipple looks, and how out of scope/tone are nipples,” he wrote, speaking generally.

Former Insomniac character artist Xavier Coelho-Kostolny riffed on the thread, revealing that he “sculpted Spider-Man’s nipples,” and is likely the only game developer on Earth who can say that. Coelho-Kostolny is also responsible for Peter Parker’s three chest hairs, he tells Polygon.

In an email, Coelho-Kostolny explained that all suits in the game, including the infamous “Undies” outfit, had to get the green light from Marvel. Marvel, in turn, sometimes gave the studio incredibly granular feedback on what Spider-Man should look like. To his surprise, however, Marvel didn’t really interfere with Coelho-Kostolny’s bare-chested Peter Parker.

For that suit, Coelho-Kostolny told Fanbyte that while he didn’t design Spider-Man’s model, he was responsible for the character’s muscle detail, skin texture, and the particulars of his anatomy.

For instance, he had to decide how high the underwear rode on Spider-Man’s hips, and whether or not the briefs had any wrinkles or flaps. The resulting design depicts Peter Parker in unwrinkled low-rise trunk briefs which “show off the V shape of his lower abdomen and the dimples on his lower back.” How specific does this get? Well, Coelho-Kostolny had to determine the stitches on the boxers, because, as it turns out, some stitch patterns are considered intellectual property.

Picking Spider-Man’s boxers also comes with another minute-yet-important decision: What does Peter Parker’s bulge look like? Getting the right balance between what is visible and what’s not was tricky, Coelho-Kostolny says.

“I settled on a bulge that was slightly larger than what’s visible on the Advanced Suit,” Coelho-Kostolny says, referencing the primary costume that Spider-Man wears throughout the game. “The logic there being that he didn’t have as much constriction or support, so things would be a little more free to move around.”

He also notes that observant fans may notice that the Undies suit gives Parker a perkier derriere.

“That was just me being shameless about adding some beefcake,” he adds.

At this point, nipples in video games have practically become a meme — there’s a Super Mario Odyssey speed running category that calculates how long it takes players to get the plumber shirtless.

But when a character’s design is based on an actual human, developers may sometimes receive feedback on how a real person feels about their in-game depiction. Speaking anonymously with Polygon, two former Edge of Reality developers who worked on 2008’s The Incredible Hulk game — which featured a Hulk based on Edward Norton’s likeness — say that the process got complicated toward the end of the project. The developers say that someone who worked on the film the game was based on apparently got in contact with Edge of Reality over Bruce Banner’s nipples.

One animator on the project recalls having his team pulled into a meeting room, where they were told that someone from the movie team had heard that Norton had “concerns” over his chest. A second developer, who was not in the meeting but recalls that it occured, confirmed this incident to Polygon.

“If those [concerns] were specifically related to the character model or his physical body image, I can’t say for sure,” the animator tells Polygon.

The animator tells Polygon that, in response to Norton’s concerns, the team had to change the camera angles for the in-game cinematics which previously displayed The Hulk’s nipples.

“Anytime the character model without a shirt was used, it was either a close up above his nipple line, or far enough away shot that you couldn’t really make them out,” he said, adding that the production schedule was already hard before having to redo some work. Sure enough, if you look at a compilation featuring cinematics from the game, many of Norton’s shirtless scenes are very zoomed in, or somehow obscure the full view of his chest. 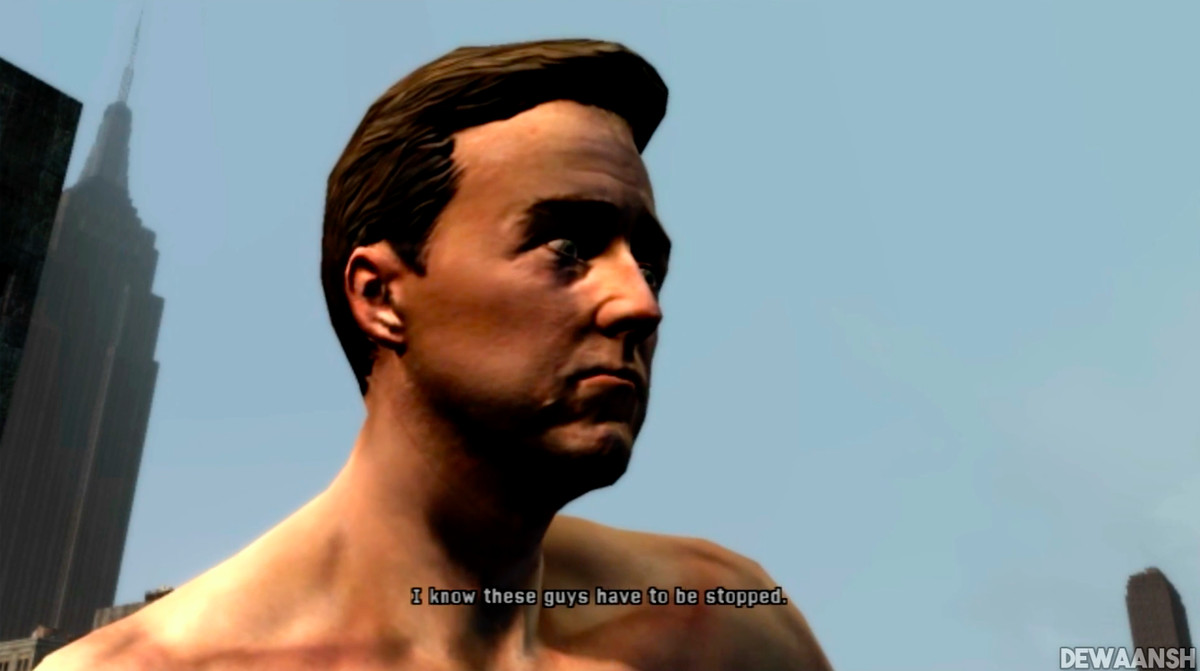 Granted, the animator says, an actor is “fully entitled” to care about how they may appear, both in real life and digital artwork. It just happens to be another one of those details that most fans may not think about when they play a game.

“What I learned was that when you have as many cooks in a kitchen as you do when making a licensed game of a movie, based on another licensed project, that there will always be some serious breakdowns in communication that will result in the dev team needing to put in extra work for reasons no one fully understands,” he says.