If you’ve had the chance to jump into Call of Duty: Warzone there’s probably one thing you noticed right away — the map is absolutely massive. Even for a battle royale it’s on the big side, but still manages to pack in plenty of great design choices and unique environments.

Since Warzone lets 150 players duke it out in a single match, Verdansk had to be larger than other battle royale locations. Fortnite only allows for 100 players in a round, while Apex Legends is even smaller with only 60. And instead of packing everyone onto a small island, Warzone decided to go all out.

Thanks to one intrepid Redditor, we have a better idea as to how large Verdansk really is. As you can see in the beautifully illustrated diagram below, the map in Warzone is over 30 times larger than the Quarry Ground War map. The Quarry location is circled in pink near the top right. This is then copied and pasted across Verdansk until no space remains. The scientific conclusion? Verdansk is big. Very big. 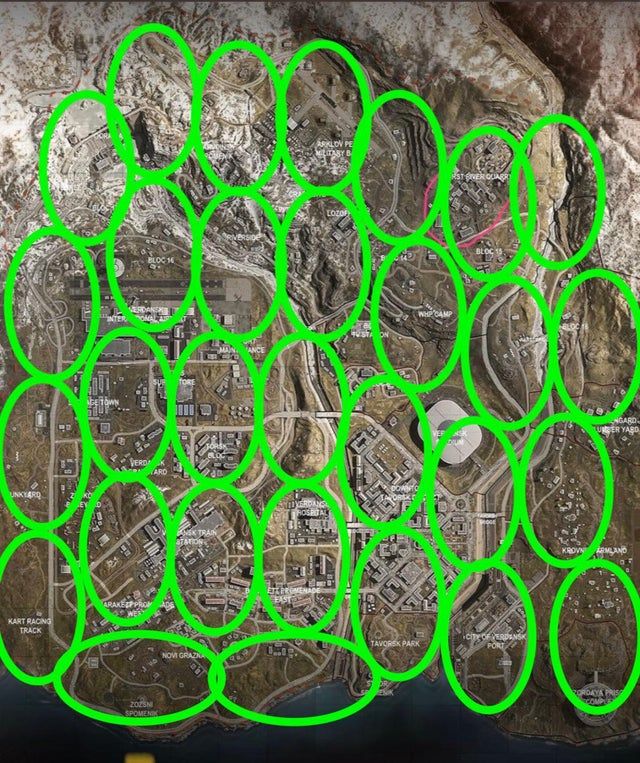 Another user compared it to the Blackout map and came to a similar conclusion. They hypothesize that the Warzone map is nearly twice as large as the one featured in Blackout.

With such a large environment, it would have been easy to succumb to boring level design. However, Activision has found a way to keep most areas exciting. Whether you’re running around open fields, sniping across skyscrapers, or just hunking down in a diner, Warzone gives players a bunch of cool locations to explore. 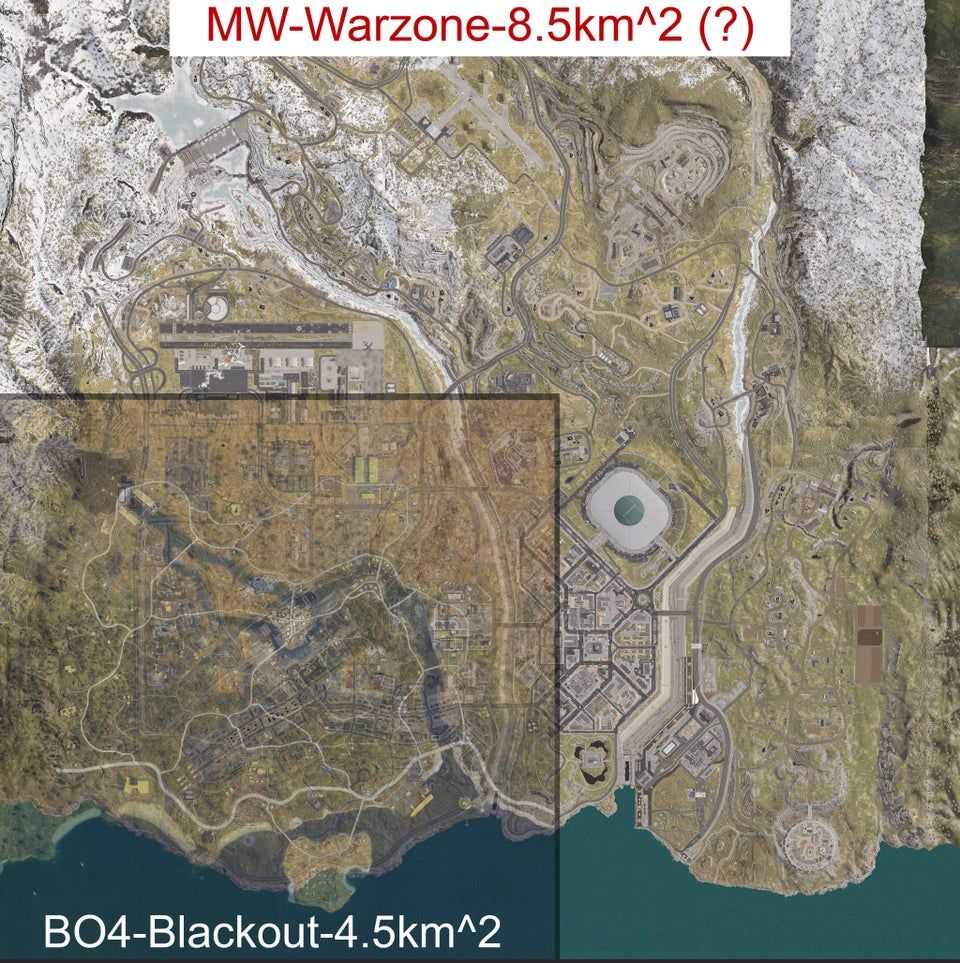 There’s also the possibly of the game seeing an increased player count from 150 to 200. The team is already testing out this twist on gameplay and say that it is going to be released “a little bit later.” The map can certainly fit another 50 gamers, so why not?

As the latest battle royale on the market, Warzone has seen its fair share of excitement. In fact, 24 hours after launching there were already over 6 million people who had jumped into the game. It’s likely that the 200-player game mode will be released as interest in the title fades, in the hopes that it can bolster player count and continue to compete with the likes of Fortnite and Apex Legends.