This is going to be a divisive opinion amongst the Destiny community. Grandmaster Nightfalls are the very end of the endgame. They are the pinnacle PVE challenge for the most dedicated Destiny players. They’re unbelievably challenging and completely inaccessible until you’ve reached a power level that far exceeds the requirements for any other activity, including raids. Grandmaster Nightfalls are designed to be a top-tier challenge for hardcore players, and that’s exactly what they are. My concern isn’t with the challenge or the dedication required to access them, but rather the empty, soulless grind to get there. If you want to be leveled appropriately for a Grandmaster, you have to grind Destiny full time, day-in and day-out, for months. I just don’t think you should have to dedicate your life to Destiny – or any game – to complete the hardest content.

A short explanation for Destiny 2’s leveling process, in case you don’t know: currently, you can reach level 1330 by participating in activities and collecting gear. Getting to 1320 is fairly straightforward, but after that your options are fewer and the challenges are more difficult. From 1100 to 1320, practically everything you do will reward you with a new weapon or piece of armor that will increase your power level. At the start of any season, you can get to this ‘soft cap’ fairly quickly. Some do it casually over a few weeks, while power players are able to min-max their way there in a matter of hours.

At the power cap, you can only increase your power level by participating in pinnacle activities. These are typically more challenging and sometimes require teams of three to six players. If you’re very lucky, the climb from soft cap to hard cap can be done in a few weeks. If you manage to get a lot of repeated drops though, it could take more than a month.

The recommended power level for Grandmaster Nightfalls is 1370, but you can start attempting them at 1345. Getting from 1330 to 1345 requires Artifact Power, which in the most simplest terms just means earning experience and gaining levels. You get one level of Artifact Power for every ten levels you complete of the battle pass. Once you’ve reached Level 100 – the maximum level on the battle pass – you’ll be at 1340 power level (1330 gear level + 10 Artifact power).

The first 100 levels are easy enough if you’re playing consistently. Every season has a list of xp-granting challenges that unlock each week. If you log in every week, do your pinnacle activities, and complete the available challenges, then finishing the battle pass and getting to 1340 isn’t a big deal. The issue becomes apparent once your challenges are complete and you have no more easy sources of experience. At that point, getting Grandmaster Nightfall ready is just a matter of grinding for experience anyway you can. 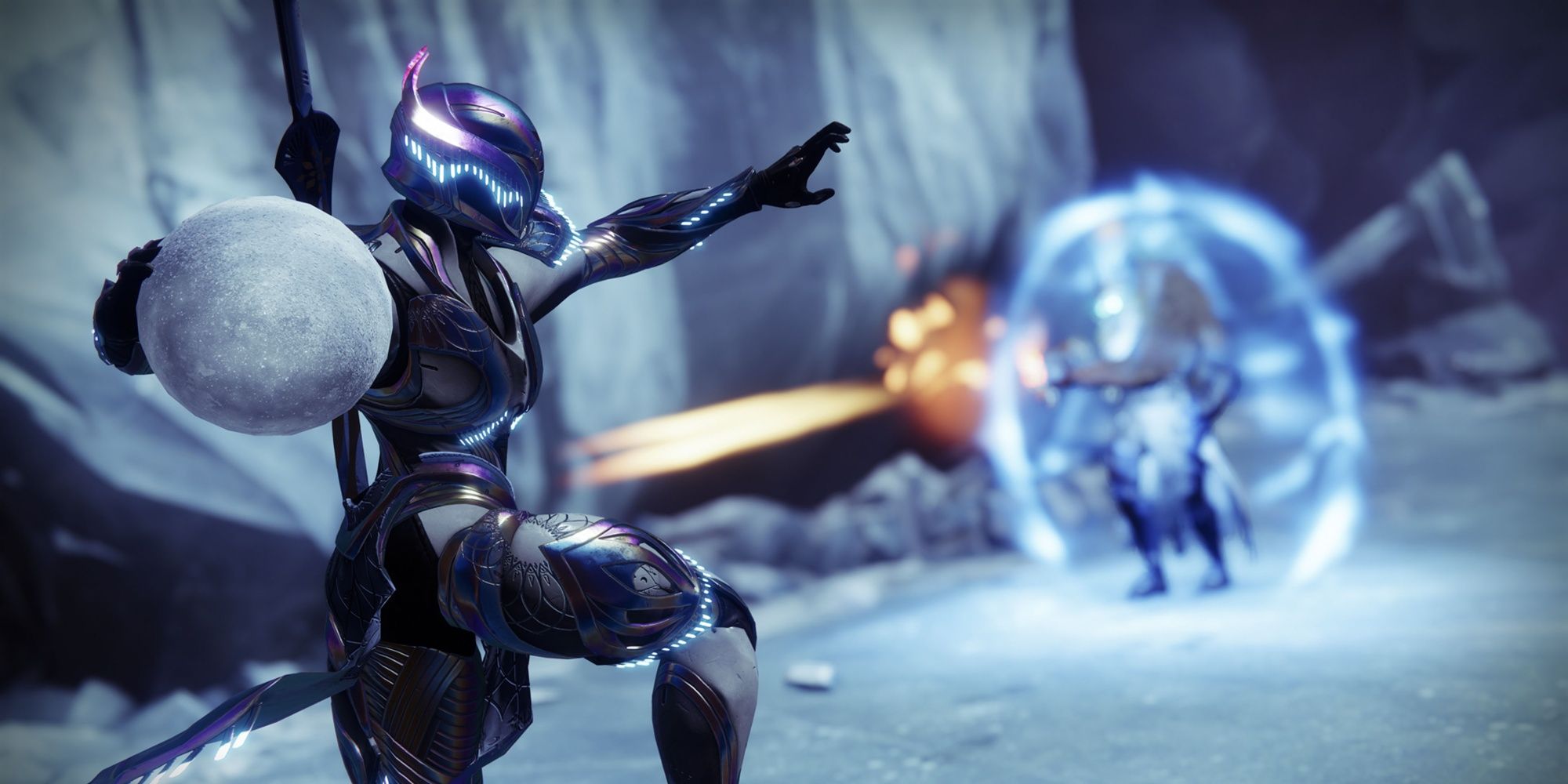 Since the start of Shadowkeep two years ago, the best way to grind is by completing bounties on the Moon. Here you can spend countless hours running through the same Lost Sectors and Public Events over and over to make minor progress towards your next Artifact Power level. You’ll reach the minimum requirement of 1345 once you hit level 150 on the battle pass, but you’ll have little chance of actually completing a Grandmaster Nightfall at that level. If you really want to participate in Destiny 2’s endgame activity, you’ll need to reach at least level 250, and the only way to get there is to grind it out.

Spending every night hammering out repeatable bounties on the moon takes no skill. Once you’ve reached your pinnacle level cap, there’s nothing left to do to prove you’re capable of taking on the Grandmaster Nightfall. The only thing standing in your way is a massive, arbitrary grind through repetitive, meaningless content. It doesn’t feel like you’re working towards anything – just a grind for grind’s sake.

I have seen countless players excitedly reach that 1330 pinnacle cap only to immediately fall off and disappear until the next season or expansion, unable to do the Grandmaster Nightfall and unwilling to grind for it. I would love to attempt the game’s hardest challenge – which also rewards the best gear – with my clanmates, but it’s difficult to encourage them to keep playing when all there is to do is run around on the Moon doing bounties for weeks until you’re Grandmaster ready. It’s unfair to expect players to grind that much just for access to something they’ve otherwise earned by playing the season and reaching the pinnacle cap, so a lot of people just don’t do it. Dedicated players shouldn’t miss out on the opportunity to participate in the highest level content just because they aren’t willing to exclusively play Destiny, especially when the game has nothing left to offer beyond Moon bounties.

I wouldn’t want to take anything away from the most hardcore Destiny 2 players that actually do spend all day every day in the game. They still deserve to be rewarded for their dedication, but those rewards already exist outside of Grandmaster Nightfalls. They have Triumphs to pursue, Master Raids, Trials of Osiris, and titles to earn. Grandmaster Nightfalls should be the hardest content to do, but they shouldn’t be gatekept behind a monotonous grind.

I have 930 hours in Destiny 2 on Steam, which doesn’t include the time I spent playing it on Battle.Net. I’m probably close to 1500 hours in the game, and I’ve never completed a Grandmaster Nightfall. Like many others, my clan loses interest every season when they reach 1340 and there’s nothing left to do but log on and grind. The gap between hitting the pinnacle cap and confidently running the Grandmaster Nightfalls is way too wide. It punishes players that are otherwise dedicated Destiny players, pushing them away and making them feel unworthy of the highest challenge simply because they value their time more than the game does. I would like to see better options for earning Artifact Power in the future, or at the very least, a lower level requirement for Grandmaster Nightfalls. I’ll play Destiny 2 every day as long as I have meaningful content to complete, but if you ask me to do bounties on the Moon every night for several weeks, I’m going to move on to other games.