Corporations can’t be trusted to further queer storytelling. Capitalism will always win out in the end, with representation playing second fiddle the moment its presence is deemed a detriment to profit. The fields of games and animation are filled with wonderful people doing their best to tell inclusive queer stories, but these are often done so within a blueprint where compromises must be made time and time again in order to satiate corporate ideals and appeal to a mainstream audience.

Last week saw Disney release a statement that it will still support backers of the ‘Don’t Say Gay Bill’ in Florida, a piece of legislation which will prevent schools in the state from teaching children about sexual orientation and gender issues by law, with teachers and staff opening themselves up to potential legal trouble if they decide to act against it. It’s essentially Don’t Ask, Don’t Tell, except worse and for children. Parents who become aware of such issues being discussed can also bring forward concerns, meaning their prejudice will be viewed as a legitimate grievance when it is nothing more than hate.

The bill was passed on February 24, and could potentially be brought into law at the next Republican-held Senate meeting. It’s a disgusting, dishonest, and backwards legislation that will inevitably put thousands of queer children at risk, preventing them from learning precious knowledge and having access to resources that could be life-changing in the right circumstances. Now these are being stifled, and will undoubtedly force queer kids to feel denied and resented, like they should be ashamed for being different or not fitting within tight little boxes that archaic right-wing politicians believe to be correct. 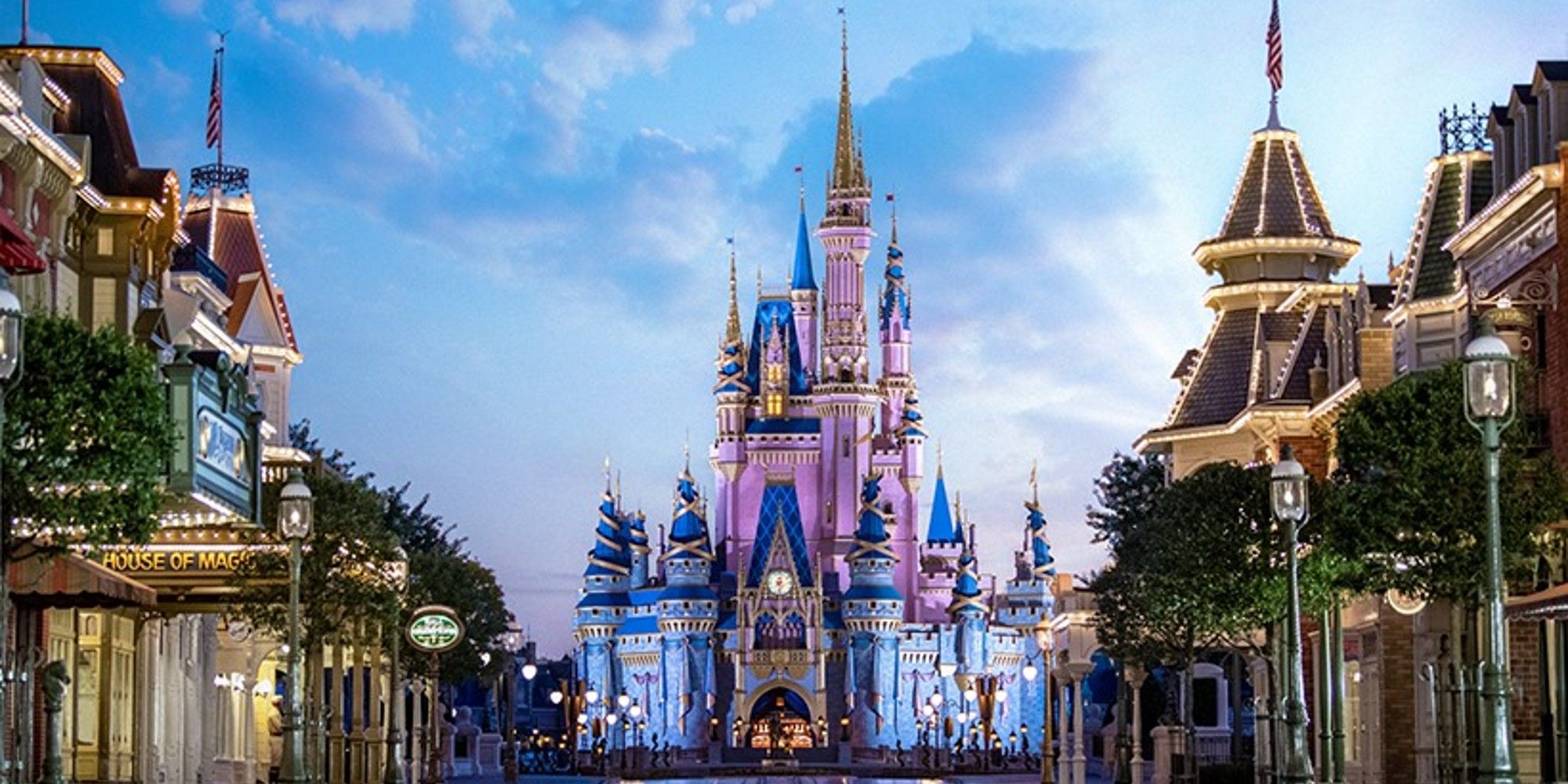 Disney isn’t caught in the middle of this political situation, it has actively sided with the wrong team while simultaneously hoping to cement itself as a positive LGBTQ+ influence. The corporation has said it will continue to fund a number of state politicians who actively supported the bill and similar anti-gay legislation for years, making it clear where its allegiances stand in the grand scheme of things. This isn’t changing, with the company planting its feet firmly in the republican ground and refusing to waver. The bill’s Senate sponsor Dennis Baxley previously compared same-sex parents to alcoholics and abusers while later stating that “I’m not -phobic, I simply can’t affirm homosexuality.” This is the cause Disney is willing to publicly fund and refuse to distance itself from.

The funniest and most wretched part of this is how Disney had the audacity to release a statement to defend itself from potential backlash. You can check it out for yourself below before we dive into it:

“We understand how important this issue is to our LGBTQ+ employees and many others. For nearly a century, Disney has been a unifying force that brings people together. We are determined that it remains a place where everyone is treated with dignity and respect. The biggest impact we can have in creating a more inclusive world is through the inspiring content we produce, the welcoming culture we create here, and the diverse community organisations we support, including those representing the LGBTQ+ community.” Creating diverse stories in your films, shows, and other media is meaningless when it is all a smokescreen for funding anti-gay politicians and actively making the world a worse place for queer people to exist. You don’t understand the importance of this issue because you’re happily supporting and refusing to abandon it. You aren’t treating LGBTQ+ people with dignity and respect because you are undermining their existence and agency by supporting such legislation in the first place. By even residing on the same political spectrum as such horrid lawmakers you are dooming yourself, and the worst part is that there is nothing we as a society can do about it but speak out and hope things change. Disney is well aware of where the ‘Don’t Say Gay’ bill will lead and the consequences it will have on young queer people, but the reality is that those at the top care more about money than morals, which drags what I’m sure are thousands of compassionate people down with them.

President Biden and former Disney CEO Bob Iger have since spoken out about the bill’s vitriolic intentions, voicing support for LGBTQ+ children and their parents and how the current Democratic government will do everything it can to champion queer rights and put legislation like this to rest once and for all. Whether this will lead anywhere remains to be seen, but when the President of the United States is calling Disney out on its bullshit you know something is wrong. Yet here we are, the House of Mouse is knowingly homophobic in its intentions and isn’t budging an inch. The company pointing to its stream of positive queer content as an argument against its current predicament also sickens me. In major cinematic releases like Star Wars: Rise of the Skywalker and Avengers Endgame we’ve seen supporting queer characters who are knowingly edited out for international audiences.

These small slithers of representation are subject to political circumstance, erased like they never existed to ensure profit. We are objects, demographic boxes to tick so we show up like happy little consumers and see the latest film without so much as a complaint. It isn’t enough anymore, and even major showrunners for shows like The Owl House have spoken out about the bill, encouraging fans to purchase merchandise from independent artists instead of wasting money on things that will support a company that is willing to throw us under the bus. Seeing figures like this in the world of animation take a stand is welcome, and shows that morals can and should stand well above everything else.

The Owl House has broken boundaries in animation with a queer romance involving its main heroine and a number of LGBTQ+ characters spread across its cast. Disney has boasted about these milestones on social media before, but the reality is that such stories and characters were made possible by passionate creators who have always wanted to depict honest queer love and existence like this. Now their work is being aired by a company who is supporting a bill that doesn’t care about queer people. You might have funded the production of shows like The Owl House, but taking credit for its overall vision and using it as a defense for your own bigoted practises is deplorable. Dana Terrace is right to speak out about this, and it’s been inspiring to see fans take the message on board while others stand alongside her. 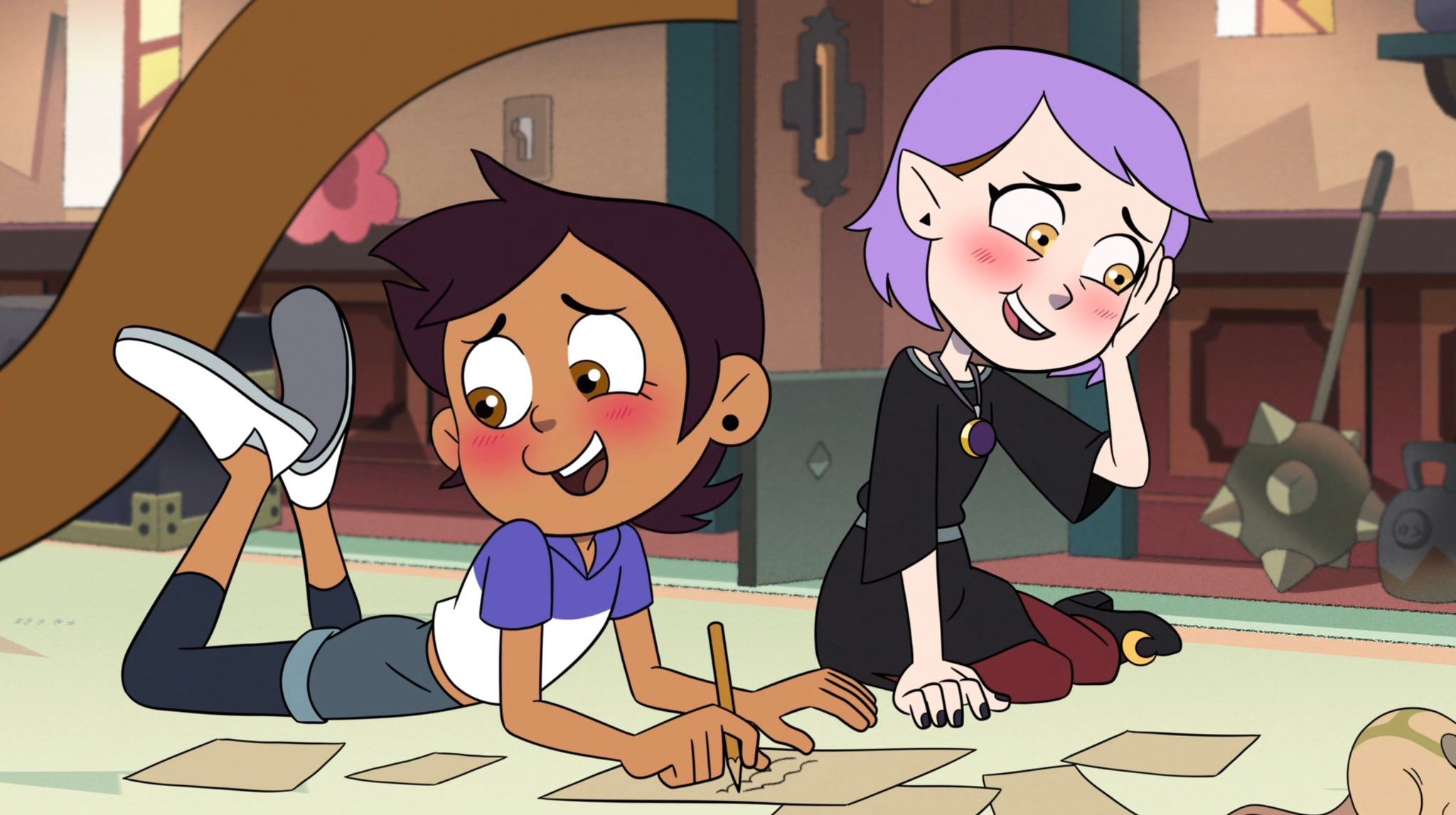 Even if Disney decides to backtrack on its support of certain politicians or pulls funding in the months to come, the damage has already been done. You can’t come back from this, and your greedy capitalist ambitions are painfully transparent to even the most casual of onlookers. As a member of the LGBTQ+ community I wish fighting for representation and the right to exist wasn’t constantly made more difficult by rotten old boomers in positions of power they have no place in occupying. We’ll win in the end, but for now we’ll keep going.

I think Molly Ostertag put it best when she broke down her work on The Owl House: “It’s sort of like a scale,” she told me. “On one end you have a very small audience but you get to do exactly what you want, while on the other end there is a large audience, but you have to censor. So I feel really proud of my work on The Owl House where I got to tell a really authentic story that I really wanted to tell for a big audience. but we did have to jump through so many more hoops because you’re not just telling this story for the queer kids you’re reaching out to, it has to appeal to a lot of people who maybe aren’t as comfortable or educated about queerness.”