There’s something magical about Final Fantasy 7. Perhaps it’s the nostalgia, or the way in which it weaves a tale of environmental destruction and the consequences of corporate greed. It’s a timeless masterpiece, and the ambitious remake only serves to heighten this lofty standing. After launching as a PS4 exclusive and receiving a fanciful upgrade on PS5, the JRPG has finally landed on PC with a surprising lack of bombast.

Announced during The Game Awards out of nowhere, the long-awaited PC port is exactly what it says on the tin. It’s an enhanced version of Final Fantasy 7 Remake Intergrade with all of the additional bells and whistles that made its most recent console venture such a delight. It looks, sounds, and feels fantastic on the right hardware – even if a selection of strange choices make it feel somewhat lacklustre when compared to other games on the platform. But it works, and that’s what matters.

To make this review somewhat relative when discussing my impressions, I’ve left my current PC specs below, which more than meet the requirements for 60fps gameplay at a resolution of 1440p or higher. Gosh, this is already more complicated than popping a disc in my PS5: 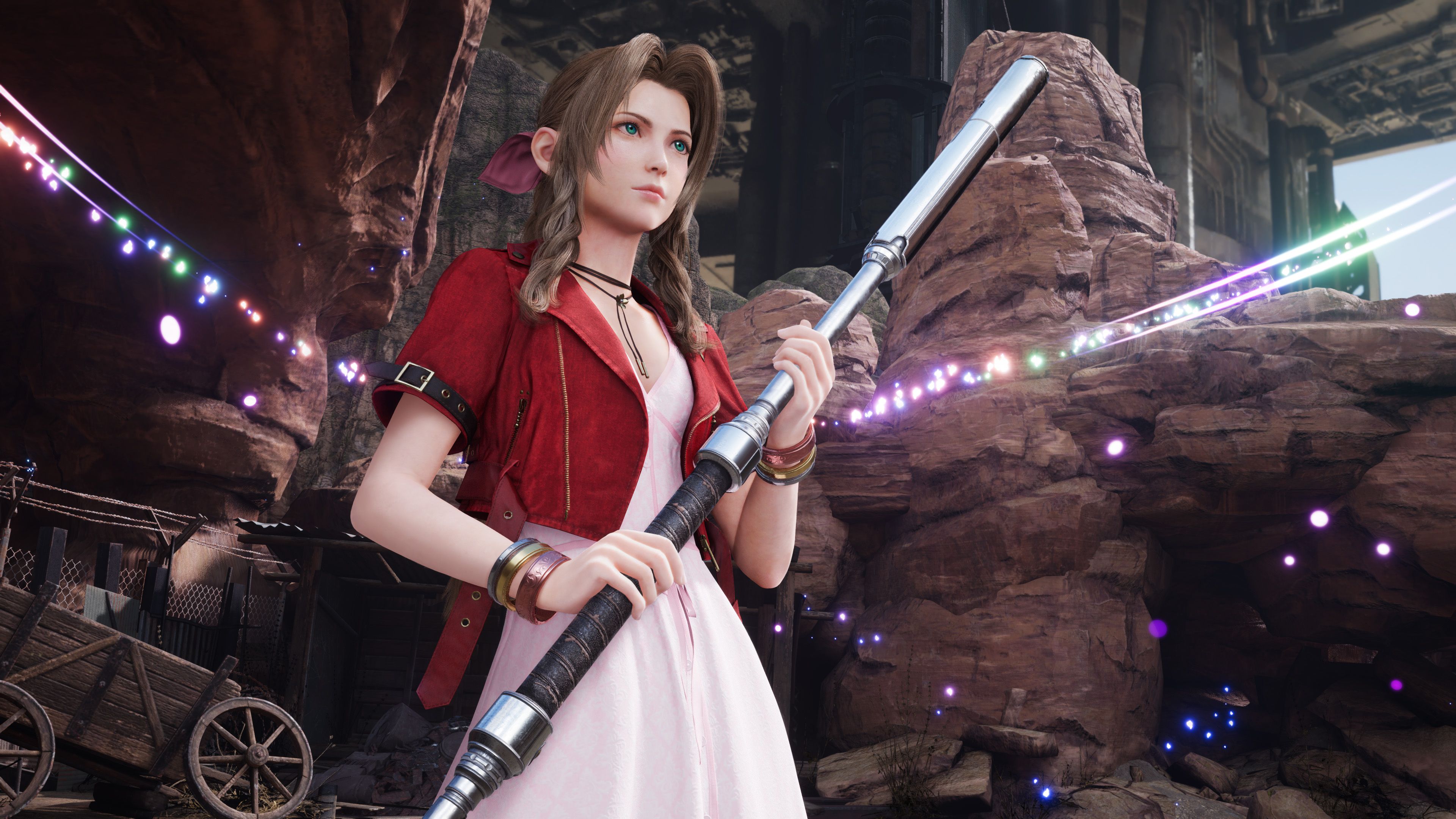 With these components jammed into my rig, I was able to boot up Final Fantasy 7 Remake using a standard hard drive and jump into the opening mission with absolutely no problems. The opening cinematic is subject to some harsh judder as it tries to load in the coming introduction, but after a handful of seconds these issues vanish as we transition into gameplay. Cloud moves about the environment with a smoothness that feels almost alien even compared to the PS5 release. My display allowed me to reach an average performance of 110fps with every conceivable setting cranked up to maximum, and even in larger set pieces such as the opening boss battle or reactor explosion, it refuses to buckle.

Given the game runs rather well on a base PS4, perhaps I shouldn’t be too surprised that my PC is able to run circles around Final Fantasy 7 Remake, but to such a degree still feels unexpected, like I’m broaching upon forbidden gamer territory for simply playing it. As for the graphical settings themselves, this is where my first major shortcoming emerges. Hardened users of the platform will be disappointed to learn that fiddling with specific visual parameters isn’t possible. You have strict choices and nothing more, which likely means that those on less powerful hardware will struggle. 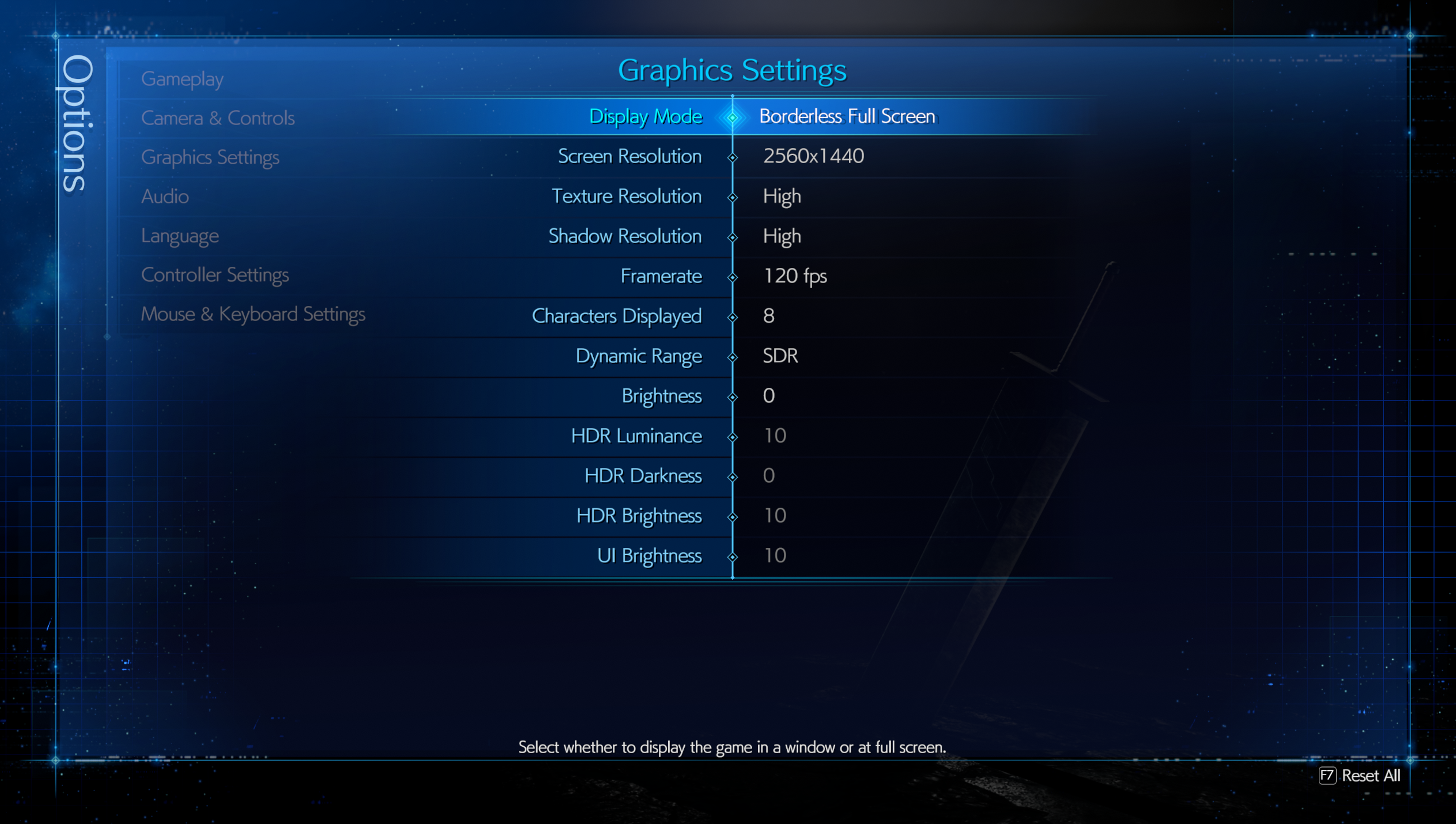 For graphics, you can pick between ‘High’ and ‘Low’ presets for textures and shadow resolution, which will determine the environmental detail of scenes and the clarity of shadows, both of which can have a substantial impact on performance. Beyond these two deliberately vague options the only other change you can make directly from the menus is how many characters are displayed on-screen at any given moment. This obviously doesn’t extend to crucial NPCs like Cloud, Tifa, or Barrett – but rather NPCs in dense open areas like the Sector 7 Slums or Shinra HQ. To make things simple, consider ‘Low’ as a base PS4 console and ‘High’ as PS5 and beyond, and you’ll have a better idea of how things work.

I wish the port offered more detailed options, partly so players who love digging into the nitty gritty had more to work with instead of ambiguous toggles that do a terrible job of explaining what they change, and how it will be presented in the game itself. It runs beautifully despite this, so it’s far from a dealbreaker, but people come to PC ports for an experience that can’t be found on consoles, and for a greater level of flexibility that allows them to push things to limit or rein them back in to ensure their hardware stands a fighting chance. Final Fantasy 7 Remake isn’t concerned with this, and won’t be until user-created mods begin to emerge. 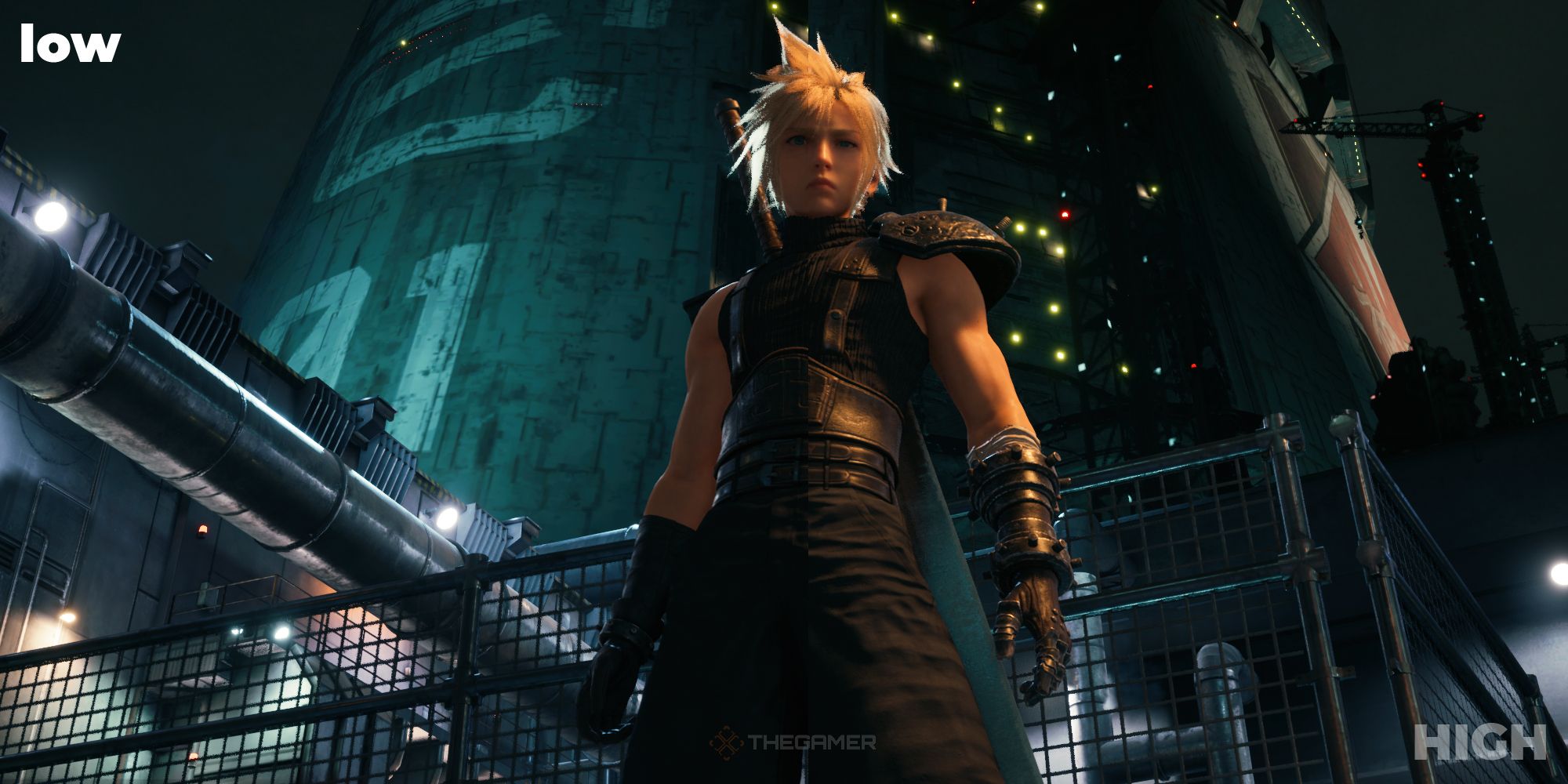 This is a blessing and curse, yet also a testament to how well built this title is in the first place that a PC port is able to run so seamlessly without much in the way of graphical settings. You boot it up, it works, and you have a grand ol’ time – that’s how games should be, and there’s something oddly refreshing about Square Enix doing so with such confidence. I’m far from a technical genius, so I’ll be watching closely once the port is out in the wild to see how the community is able to unearth its inner workings and toy with them in unexpected ways. It happened with Final Fantasy 15 and Kingdom Hearts, so I can’t imagine Final Fantasy 7 Remake being any different. Just please mod in Aerith x Tifa shipping.

While it’s clearly built to be played with a controller first and foremost, Final Fantasy 7 Remake isn’t too shabby on a mouse and keyboard. The mouse wheel is used to speedily scroll through menus, which the space bar and specific keys make executing abilities and switching between characters during battle a breeze. I had to remap a handful of shortcuts and check how to browse the map and menus on my own time, but beyond this the tutorials all feel like they’ve been effectively translated to PC instead of being cast aside as an afterthought. Plugging in a DualSense is still my ideal way to play, but purists can jump into this JRPG blockbuster without fear of being cast out.

Final Fantasy 7 Remake remains one of the finest JRPGs in recent memory, and its conversion to PC arguably enhances that reputation if you have the right hardware to make it shine. Despite shortcomings in its range of graphical settings and a lack of customisation options, this is a commendable port that runs well, looks even better, and offers patient players on the platform an adventure they’ve been waiting years for. Now it’s finally here, I have a perfect excuse for another playthrough. Bring on the mods, my body is ready.

Score: 4.5/5. A PC review copy was provided by the publisher.