Final Fantasy Remake Intergrade launches exclusively for PS5 this week, bringing a host of visual and performance improvements to Square Enix’s ambitious reimagining of the ‘90s classic. Having only been released over a year ago on PS4, there hasn’t been a huge amount of time to overhaul the experience with additional bells and whistles. However, the finished product is incredibly impressive, and now the absolute best way to experience this masterful JRPG.

If you’re a newcomer, I’d urge you to jump right in, while existing players can take advantage of a free upgrade for a new playthrough or to continue an existing one. Either way, you’ll probably want to purchase Intermission, the new downloadable expansion featuring Yuffie Kisaragi. Despite this cheeky addition, the free upgrade is welcome, and worth taking advantage of simply to marvel at how gorgeous everything looks on next-gen hardware.

Intergrade has two modes to choose from – Performance and Graphics – both of which have their own sets of benefits and downsides to consider depending on exactly how you like to play your games. I love image quality and a superior resolution, while some of my colleagues don’t mind if the graphics take a hit in exchange for smoother movement and combat. I’m definitely the weird one in this equation, and I’ll happily admit that. My screenshots look wicked, though.

To help you decide which mode is best for you, we’ve broken down all of the core differences below alongside some screenshot comparisons between the two which help showcase exactly what you can expect from Final Fantasy 7 Remake Intergrade.

Final Fantasy 7 Remake Intergrade Performance Mode – What Can I Expect? Performance mode in Final Fantasy 7 Remake Intergrade takes advantage of the PS5 hardware to run the game at a silky-smooth 60 frames per second, something that wasn’t possible on older consoles. While we don’t have specific metrics to confirm, the resolution appears to be capped at 1440p, which has become a common benchmark for games across PS5 and Xbox Series X that hope to balance decent image quality with a solid level of performance – the biggest example being Yakuza: Like A Dragon.

It works an absolute treat here, even if the overall picture falls short in a few areas as a result. Once you switch over to graphics mode, the game looks far sharper and more detailed on a 4K display, although players using a television or monitor that isn’t capable of rendering games at such a resolution should always go with performance mode, since there are no tangible benefits for the alternative without the supplemental hardware to support it. I can see this mode being the most popular of the bunch, since most will favour performance over fancier visuals because they aren’t weird like me.

Final Fantasy 7 Remake Intergrade Graphics Mode – What Can I Expect? Graphics mode is the true “next-gen” experience if you love using fancy buzzwords. According to Square Enix, it prioritises high-fidelity graphics at 4K without necessarily sacrificing performance. It’s locked at 30 frames per second much like the PS4 original, and from a number of hours with the finished game, I haven’t seen it budge from the target a single time. The PS5 simply blazes through it without issue.

It’s seriously impressive, especially during hectic combat sequences amidst sprawling environments. While it all looks gorgeous, you are sacrificing a huge bump in performance for the privilege, and this won’t be for everyone. For me, I can enjoy a game like FF7 Remake without issue at such a performance level, but those wanting something smoother and more responsive should opt for Performance mode.

As for the visuals themselves, I found environmental details both close and further away to increase in overall complexity as I explored, with the fluorescent lights of Mako Reactors popping far more distinctly in graphics mode, while details amidst the slums didn’t possess the same abrasive qualities they did back on PS4. Oh, and the door textures are fixed too!

To help make the visual differences between each mode more distinguishable, you can find a selection of screenshot comparisons below of moments from the opening reactor sequence captured using both Graphics and Performance. You can switch between the two on the fly, so it’s easy to test things out for yourself. 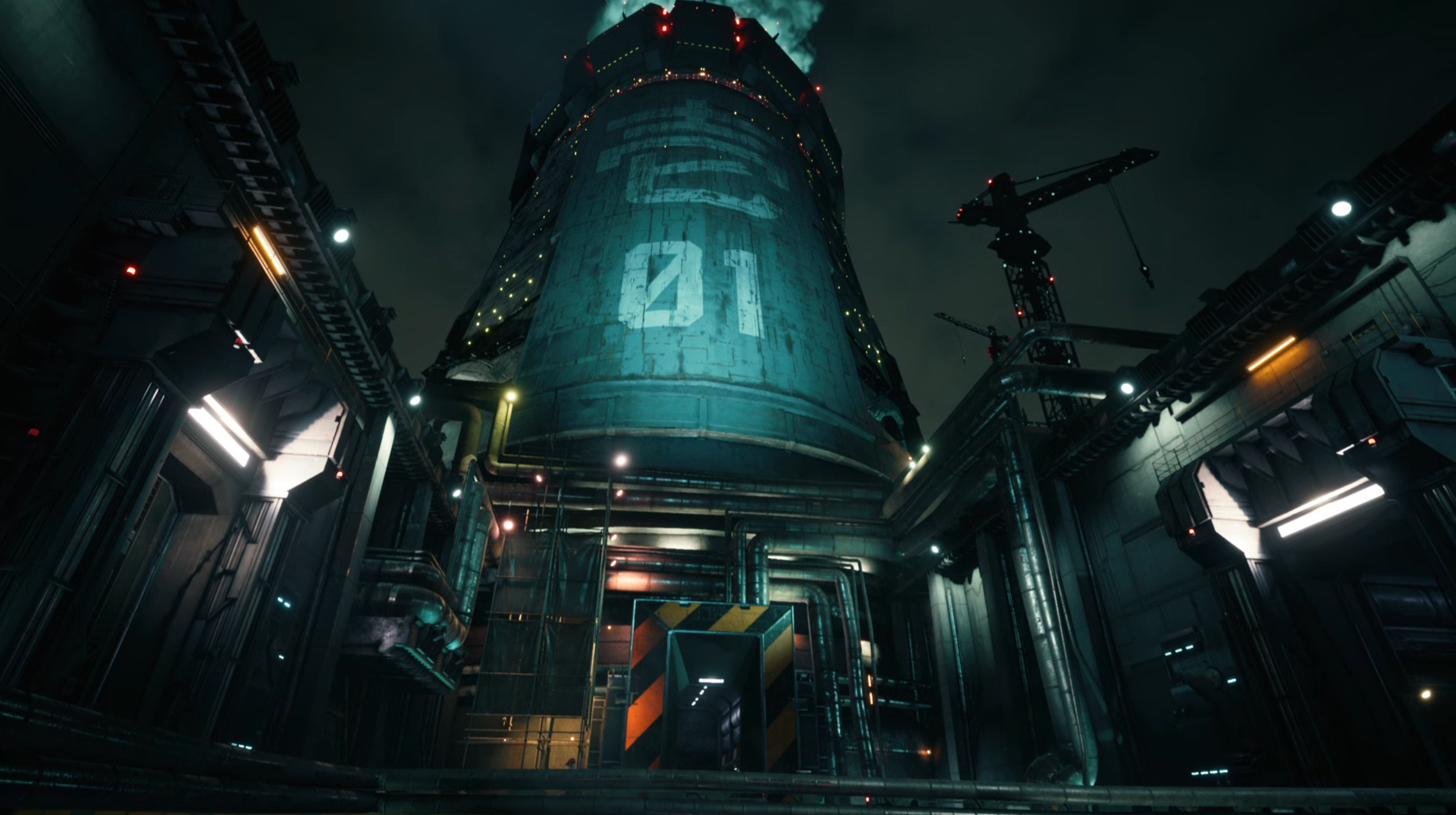 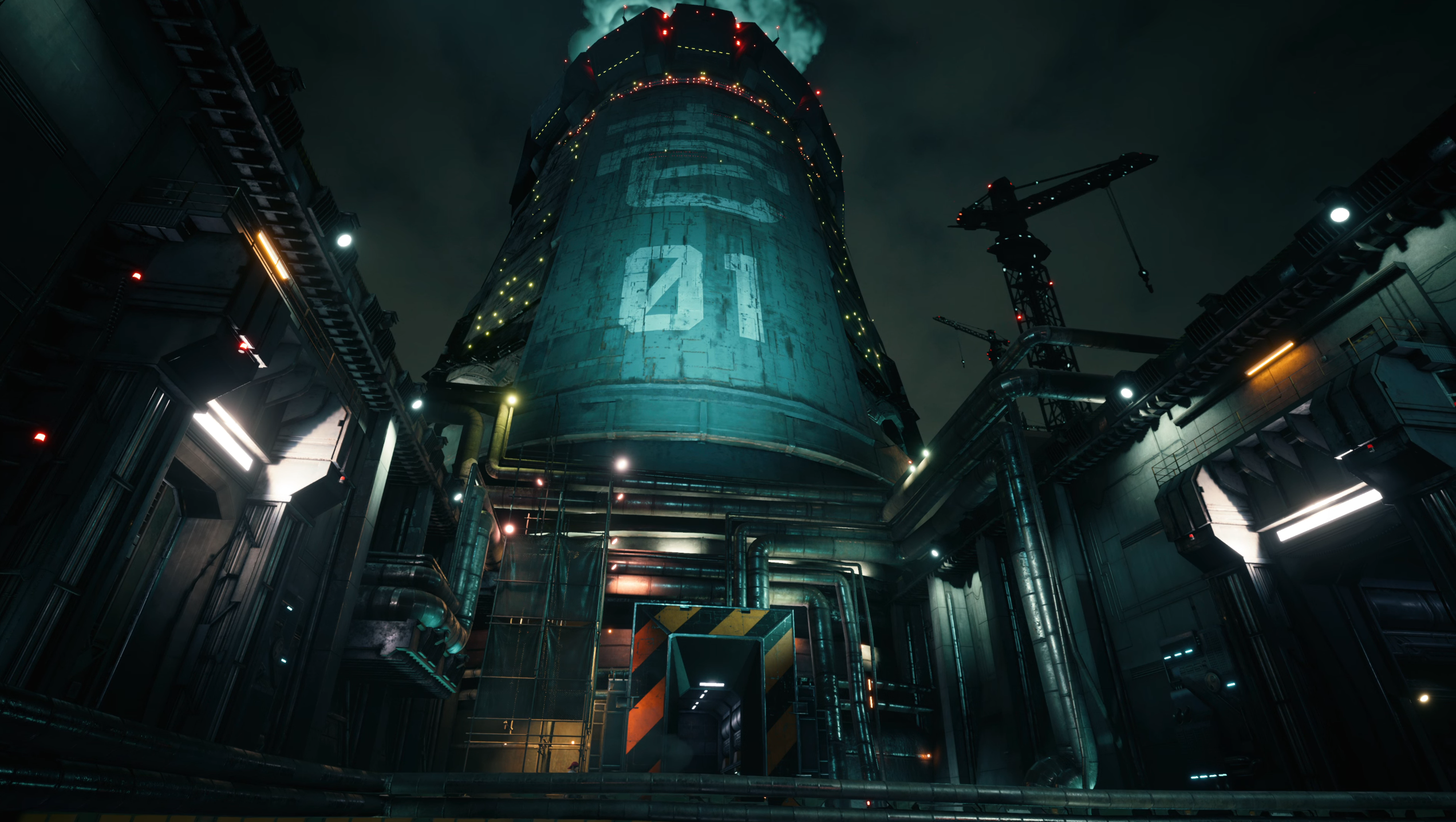 This expansive shot of the reactor entrance is a perfect example of how the increased resolution helps in making subtle environmental details pop – as you can see from the finer lines and pipework that help define the structure before stepping inside of it. The lights, text, and overall detail of the building are also emphasised far more in graphics mode, although keep in mind you’re halving performance in exchange for such looks. 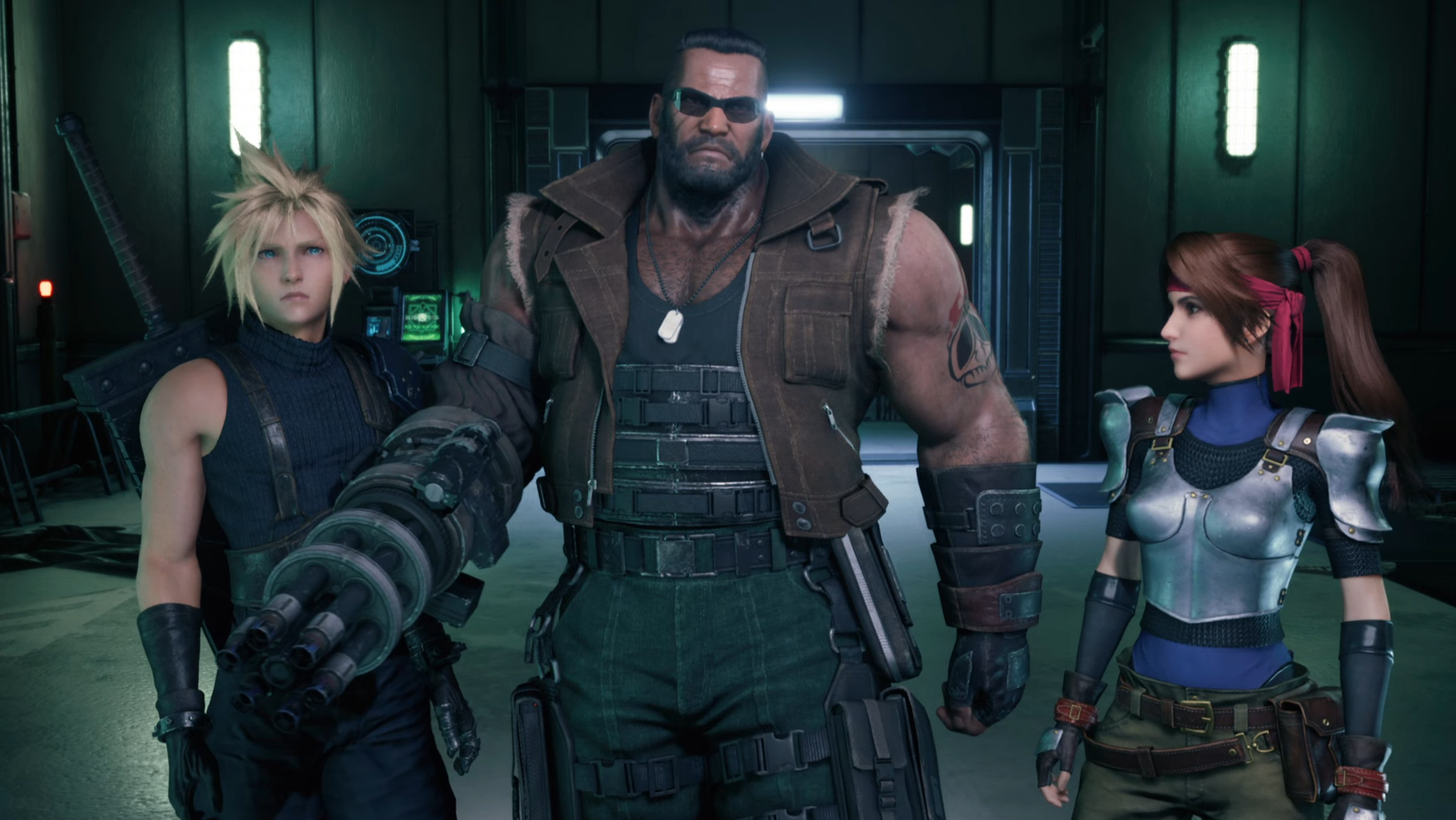 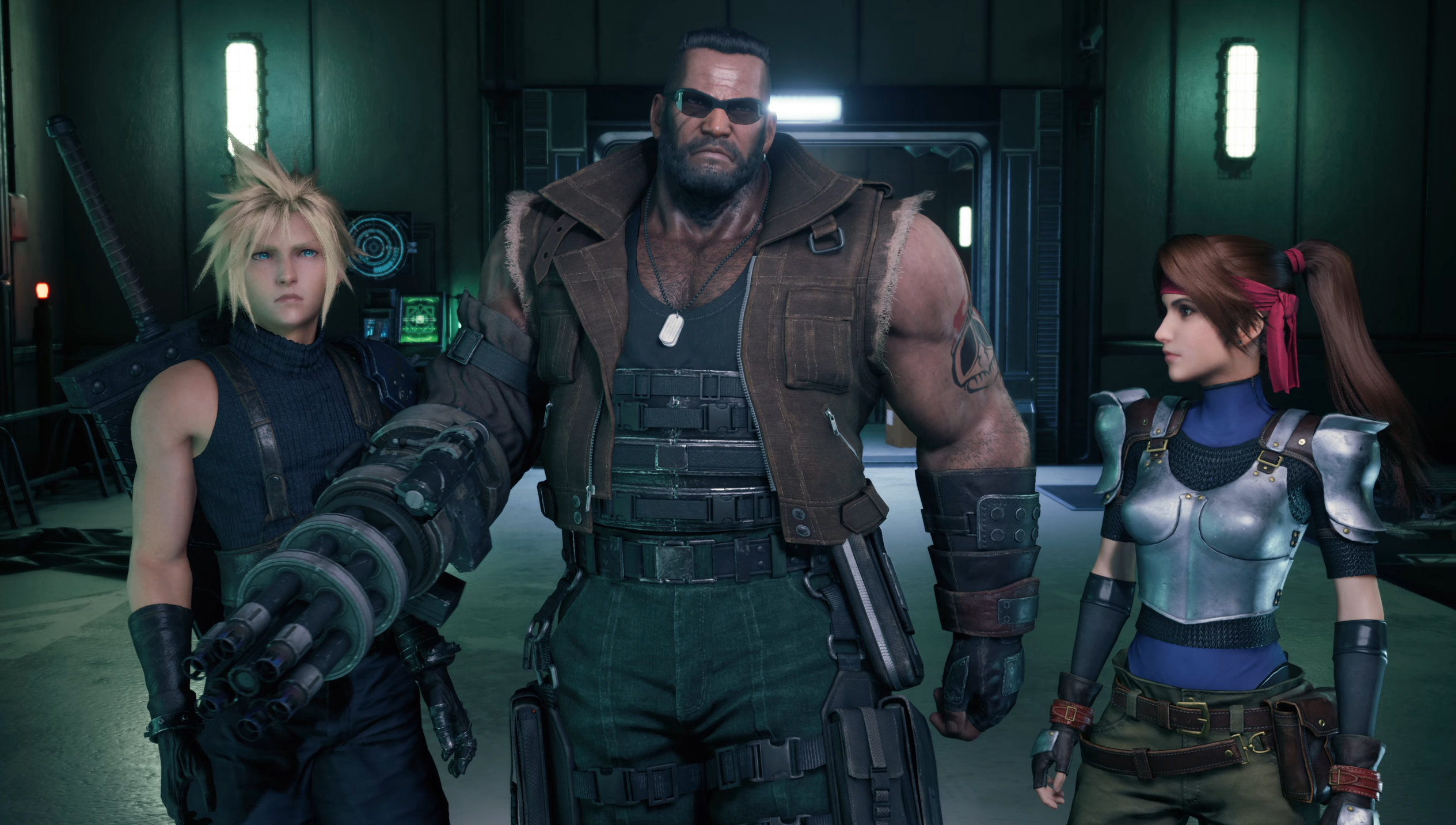 Faces are one of the primary reasons I prefer graphics mode, with many finer details connected to skin, hair, and clothing being lost at a lower resolution. Additional features like lighting and draw distance are also seemingly scaled back in Performance mode, a necessary change to ensure the 60 frames per second target remains consistent. You’ll notice the increased detail across Cloud and Barrett above, with the Scorpion Sentinel’s explosion being reflected onto each respective character. 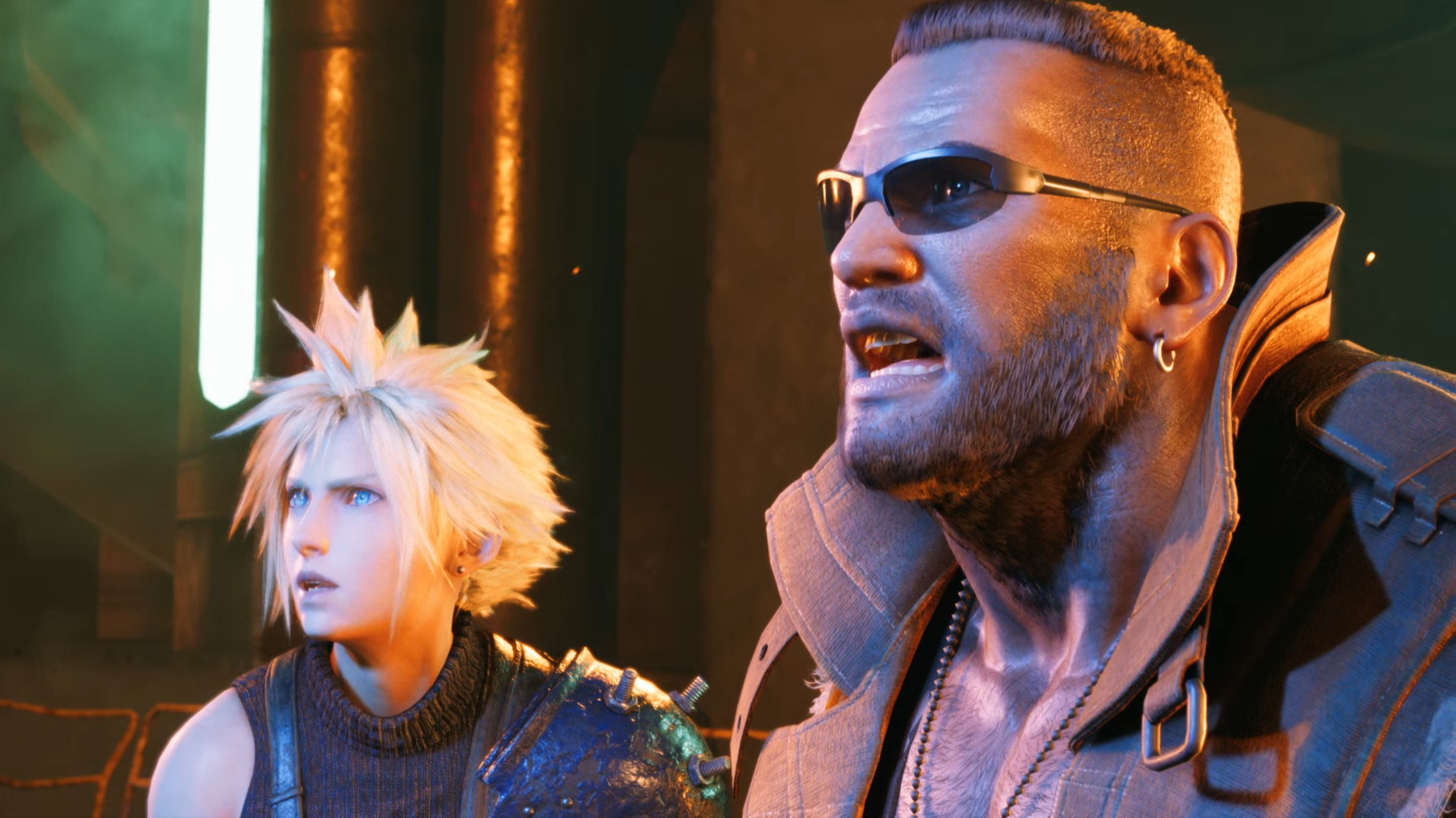 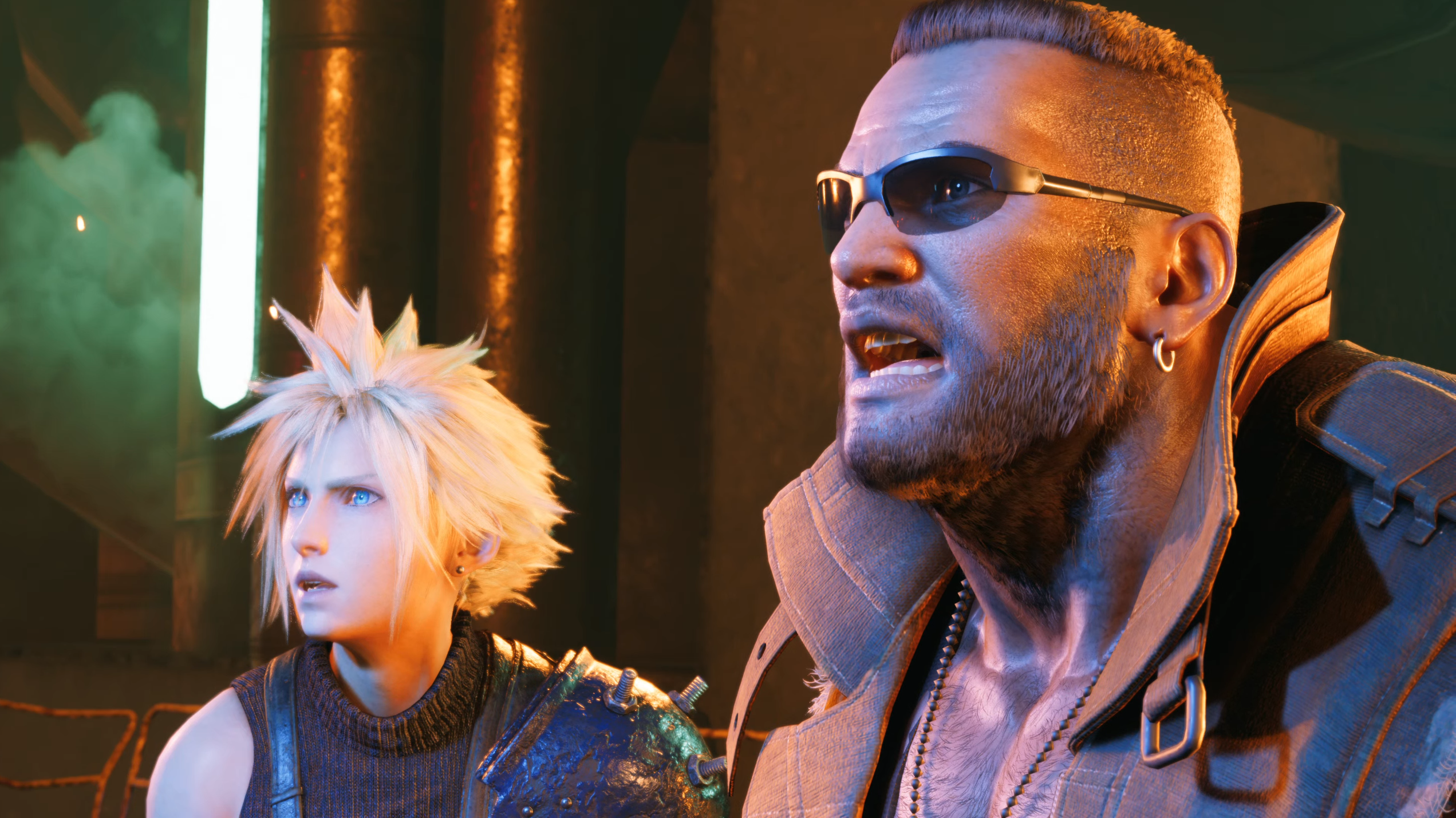 This is a more muted example, but features Cloud, Jessie, and Barrett during a cutscene as they step inside an elevator. Both modes look excellent, although much like before, the increased resolution of graphics mode helps things shine. Cutscenes in FF7R Intergrade play out in real time, so the performance and visual settings of gameplay are reflected unless you enter pre-rendered CG sequences which are few and far between.

To be honest, you really can’t go wrong with Graphics or Performance mode in Final Fantasy 7 Remake Intergrade. Much of it depends on personal preference, and whether you’d rather focus on an increased framerate or enhanced visuals as a result of an increased resolution.

Each of these options take advantage of the PS5 in different ways. However, those without a 4K display should absolutely opt for Performance mode, since they’ll be pushing the game in a way that simply won’t be fully reflected on whatever display you’re using. In this case, you want increased framerate far more fancier character models and luscious environments.

There’s always a chance Square Enix will update the remaster with additional features and details in the months to come, and we’ll be sure to update this comparison if such a thing ends up happening.