Elemental Crucible is one of Genshin Impact’s first proper co-op events, and for the most part it’s impressive. It plays fairly similarly to how a raid might work in an MMO in that four players come together to take on various waves of enemies. At the same time, it’s better than just any old raid because it juxtaposes an ostensibly complex premise with brilliantly simplistic action. It’s short, snappy, and completely hectic — and yet there’s one massive issue preventing Elemental Crucible from being a genuinely enjoyable experience.

Almost every single person playing it is a total idiot. 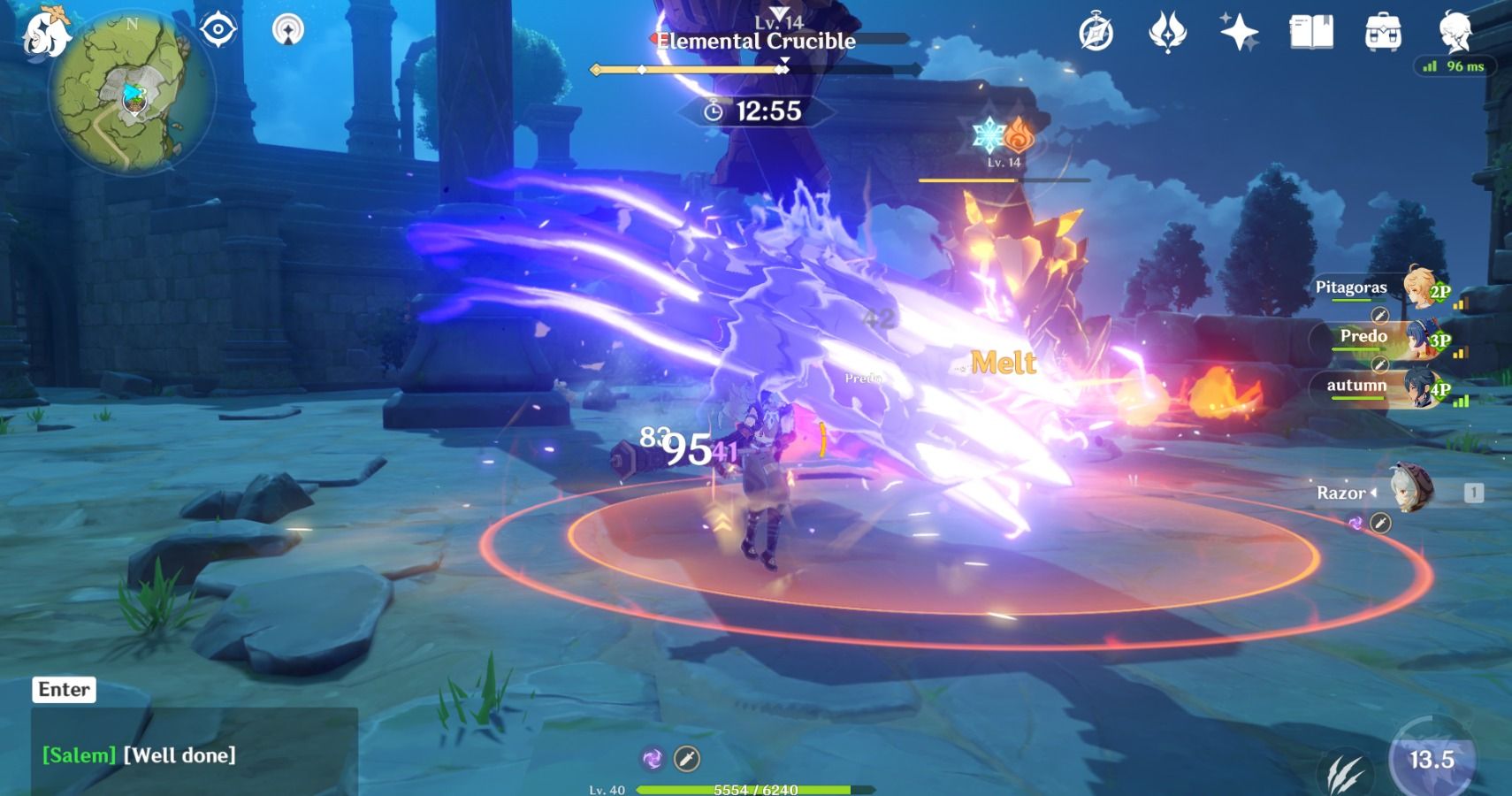 Here’s how Elemental Crucible works: enemies spawn and drop cubes when they are killed. These cubes are charged with different kinds of energy — hydro, pyro, electro, cryo, and so on. The goal is to collect cubes and transport them to a gigantic engine in the middle of the arena, which needs to be charged with elemental power in order to successfully trigger an alchemical transmutation. Simple, right?

Wrong. People simply refuse to learn about the roles they’re supposed to play and proceed to spam chat with, “Why is everyone so bad?” Of the four players, two people are randomly “inoculated” for a short period of time. This means that they gain a huge affinity toward a certain element — if you are inoculated by hydro, the hydro cubes you drop off at the crucible will count for a significantly higher amount of energy. Clearly this means that the two inoculated people should collect cubes while the remaining two fight enemies to generate more — inoculated players receive a bigger elemental yield, and non-inoculated players obviously earn less in comparison. Given that there is a finite amount of cubes on the field at any given time, it’s inefficient and impractical for anyone except for the two chosen people to collect them.

So why does every single player I see beeline for the back of the arena in order to grab three cubes at every single point in the game… except for when they are inoculated. Is there a fundamental misunderstanding here? Am I the only one who read the correct memo? Was Genshin Impact specifically developed as one gigantic farce designed to piss me off? 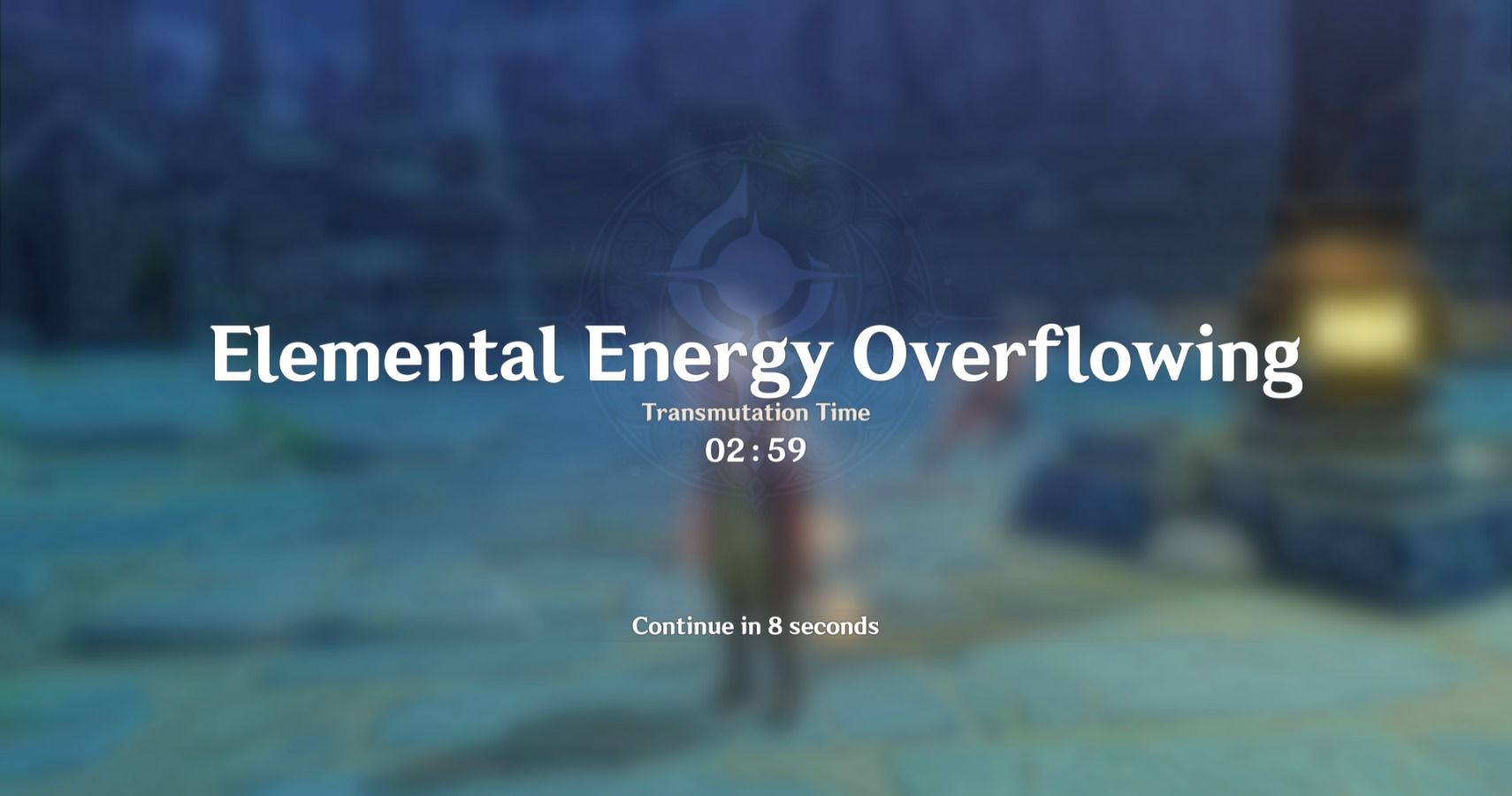 It’s worth noting that Elemental Crucible is also tied to a Battle Pass objective that tasks you with earning the “Elemental Energy Overflowing” achievement. To do this, you need to finish the event in under three minutes — and so, I understand when there is 30 seconds left and everybody starts to panic. I beat it in two minutes and 34 seconds with a competent team and despite having time to burn, it was still pretty chaotic. I was pressing all the wrong keys and may have called myself some not-so-nice names. It’s tough!

But what I don’t get is when, say, 45 seconds into the game, people just intentionally decide that the method they have tried and failed with 20 times in a row is bound to work now, and so they just go off on one and leave the rest of the team to the dogs. There were so many times where I was on a team that could have gotten sub-three minutes and didn’t because one person actively did what they weren’t supposed to do… and these are always the people who rage quit or blame everyone else in chat. It’s genuinely absurd.

That being said, Elemental Crucible is excellent when you get a decent team. I played several games in a row the other day with a trio using Qiqi, Venti, and Xiangling, whose Cryo, Anemo, and Pyro abilities paired remarkably well with my Razor’s Electro. Our last three games before splitting up saw us get the Elemental Energy Overflowing condition three times in a row — until then, I had only gotten it twice across about 15 matches. Once there’s synergy, the whole occasion becomes a strangely enjoyable and hectic walk in the park, teeming with fire, lightning, and everything in between. It’s elemental pandemonium, and that’s what makes it great. Also, an absence of eejits is always nice, especially after you’ve been forced to spend several hours hanging out with loads of them.

So please, reader. If you want to play Elemental Crucible, be sure to consult the incredibly basic instructions for how to actually do so prior to joining. I promise you it will be a more enjoyable experience for it, and people will probably want to stay as a team if you, you know, actually play as one.

Read next: I Bought The Genshin Impact Battle Pass So You Don’t Have To (You Really Shouldn’t Buy It) 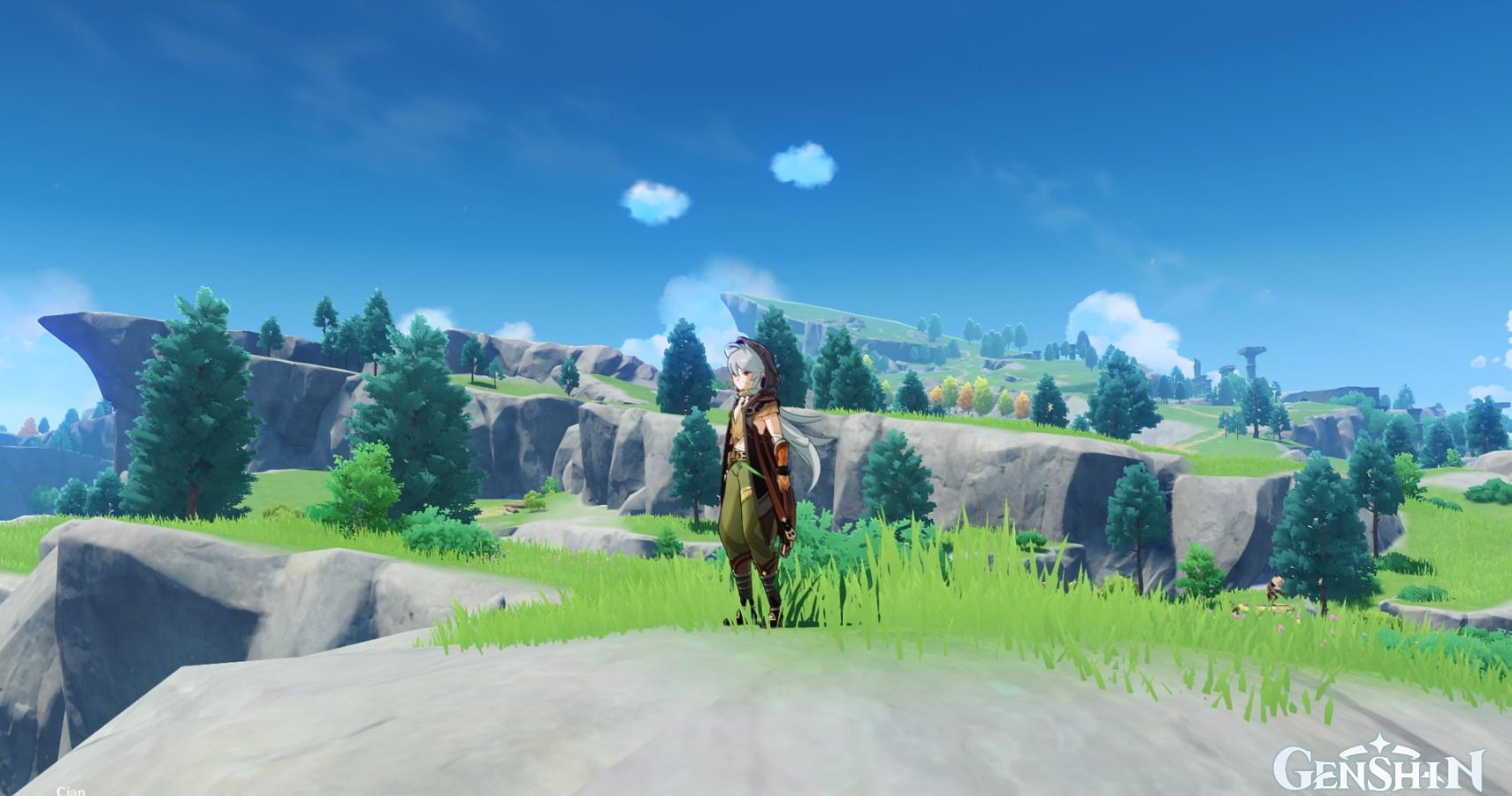