Two Spartans stand below me, completely unaware of my presence. I jump into the air and use the Spartan Charge to boost myself over their heads, holding down B as I get closer. My controller shakes and whirrs as my Spartan charges up the mother of all ground pounds. They hear the noise, but it’s too late. All they see as they look up is their doom. I let go of B and watch as I crash down, taking both out in one fell swoop. Serotonin floods my system for the first time in years as I imagine the cries of “cheap” and “broken” on the other end of the mic.

Unfortunately, if I want that serotonin again, then Halo 5: Guardians is my only chance. The ground pound is completely absent from Infinite and shows no signs of making a grand comeback. The Grappleshot is great, but seeing all the positive reactions to it in Infinite makes me wish that the ground pound was given that same chance once more. 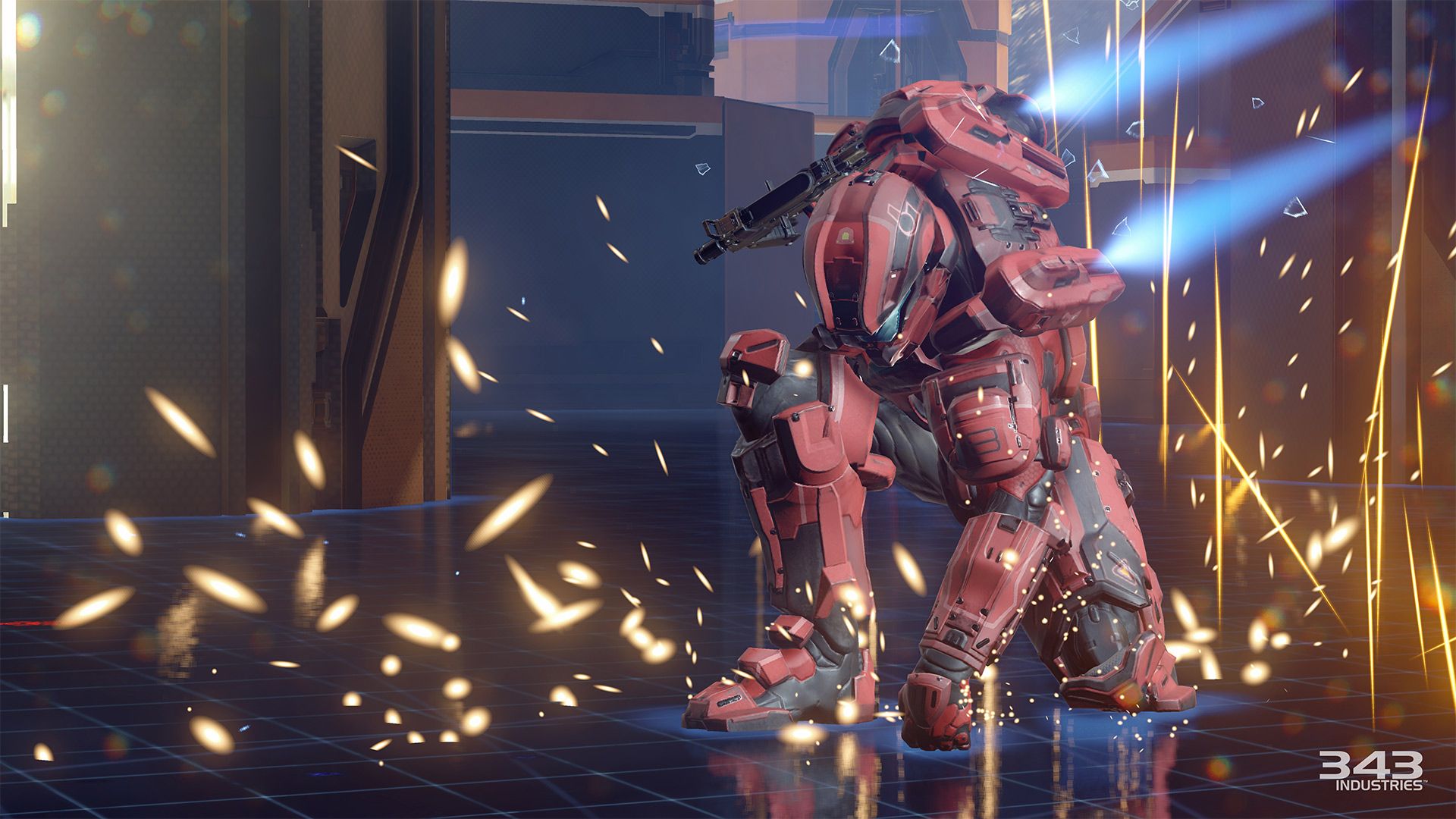 If you’ve willfully ejected Halo 5 from your mind, let me remind you how the ground pound works. As I perfectly described above, it was a brand new move added to Guardians that let players hold down a button in mid-air to charge up an attack, before smashing to the floor like a tank dropped from the sky and taking down anything in the area. I can already feel the Halo fans clenching their fists as I write this, but the ground pound is a big part of what makes Guardians the most satisfying Halo game to play.

Beyond being an incredibly satisfying move, it also changed up how Halo’s mid-air combat worked. Suddenly, jumping isn’t just a technique to juke against enemies – it’s a chance to deal major damage. Although many traditional Halo players hated how powerful the ground pound was, it was the perfect risk-reward balance, taking a hefty amount of time to charge and with such a loud noise that you were practically shouting your intentions to anyone below.

It was pretty easy to jump out of the way, but when it did hit, there was really nothing like it. The massive smack of your Spartan hitting the ground rivals the thud of a Gravity Hammer or the slash of an Energy Sword and deals roughly the same amount of damage. A direct hit could kill a Spartan in one and a normal strike would knock the shields down ready for a quick headshot or punch to the face.

Beyond being incredibly satisfying to use, one of the reasons why I love the technique so much is how confident Guardians is in its inclusion. It’s not a temporary pickup that you have to swat a million other Spartans off like the Overshield and Active Camo are, it’s a permanent part of your moveset and something you can use whenever you like.

Sadly, Infinite doesn’t seem to have the same level of confidence in itself as Guardians did, hiding the Grappleshot as a temporary pickup in multiplayer that you’ll be hard-pressed to even get a chance to use. In the campaign, you can use it as much as you want, but you’ll be lucky to sling a single fusion coil at enemies when playing online. 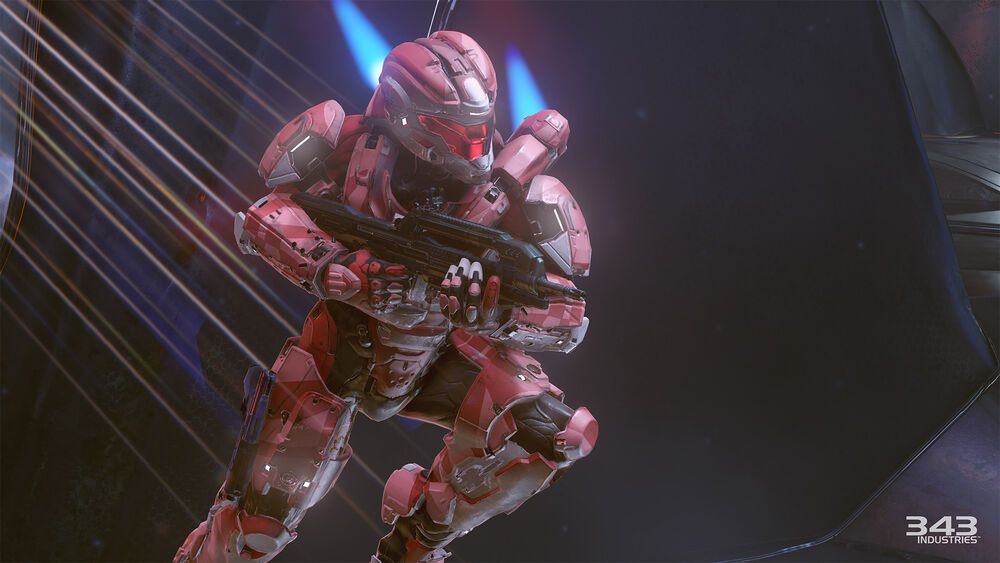 Even those who disagree with me on the ground pound or Halo 5 must admit that if Infinite had the confidence to give you the Grappleshot permanently, as Halo 5 did with the ground pound, it would be a better game. I feel like I'm trying to figure out who Pepe Silvia is here, but Infinite's campaign even has a move where Master Chief can ground pound by using the Grappleshot. Now that's just the proof in the pudding.

Still, at least the Grappleshot gets a bloody chance to be in the game. The omission of the ground pound is especially noticeable when the Spartan Charge, another of Guardians’ new moves, actually does appear in Infinite, albeit in a much more neutered manner. If you think a Spartan Charge is some kind of special tax that Master Chief has to pay every year, I’ll correct you quickly – it’s essentially a little jet thrust that pushes you in whatever direction you choose.

It was a game-changer in Guardians thanks to its unlimited uses and ability to hover, but in Infinite it’s next to useless because of how limited it is. That’s a real shame, but at least it’s been recognised and given a shot. Why couldn’t the ground pound be shown the same love and given a second chance? With even the infamous variants leaked to be making a comeback, it’s basically the only thing Infinite has cut completely, and it was Guardians’ best ability. Scratch that, it was Guardians’ best anything.

As much as I love to have the ground pound make a comeback, seeing how sad and useless the Spartan Charge was made to be in Infinite, I’d almost rather it was left in the black sheep of the Halo series and my memories of it didn’t come crashing down like a ten-ton Spartan.