It’s hard to imagine any series getting as many chances as Sonic the Hedgehog. Mario himself couldn’t get away with a series of games as dismal as Sonic Forces, Sonic Boom: Rise of Lyrics, and Sonic Lost World – and those are just the most recent bombs. Personal tastes vary, but a Sonic game hasn’t managed to earn a positive rating on Metacritic since 2011’s Sonic Generations, which received a 77. Before that, the high bar for 3D Sonic was 2001’s Sonic Adventure 2. It seems like we get one average Sonic game every ten years and a dozen other lousy ones.

And yet, it hasn’t slowed the Blue Blur down one bit. Sonic fans still clamor for new games and shows despite their ever-dwindling quality. The hedgehog still gets to headline The Game Awards with barebones trailers that inspire discourse online for weeks. It feels like once a year Sonic runs up and a dump on the floor, and we keep begging him to come back and do it again. I don’t understand why we all love Sonic so much when every Sonic game is so terrible. Is it a spell? Is it mass hysteria? What makes Sonic so resilient despite languishing for decades?

While he’s often matched up against Mario given their history as platform mascots, Sonic actually has a lot more in common with Pokemon. Both series have stagnated for years, unable (or unwilling) to creatively evolve. Every new game feels like it’s a full generation behind from a visual and mechanical standpoint, and neither series has found a way to modernize their gameplay. Legends Arceus and Sonic Frontiers may look like the open-world games we’ve all been hoping for since the PS3 era, but there’s a good chance both games will have plenty of hallmarks of games designed during the PS3 era. Neither series has ever been particularly good at looking forward. 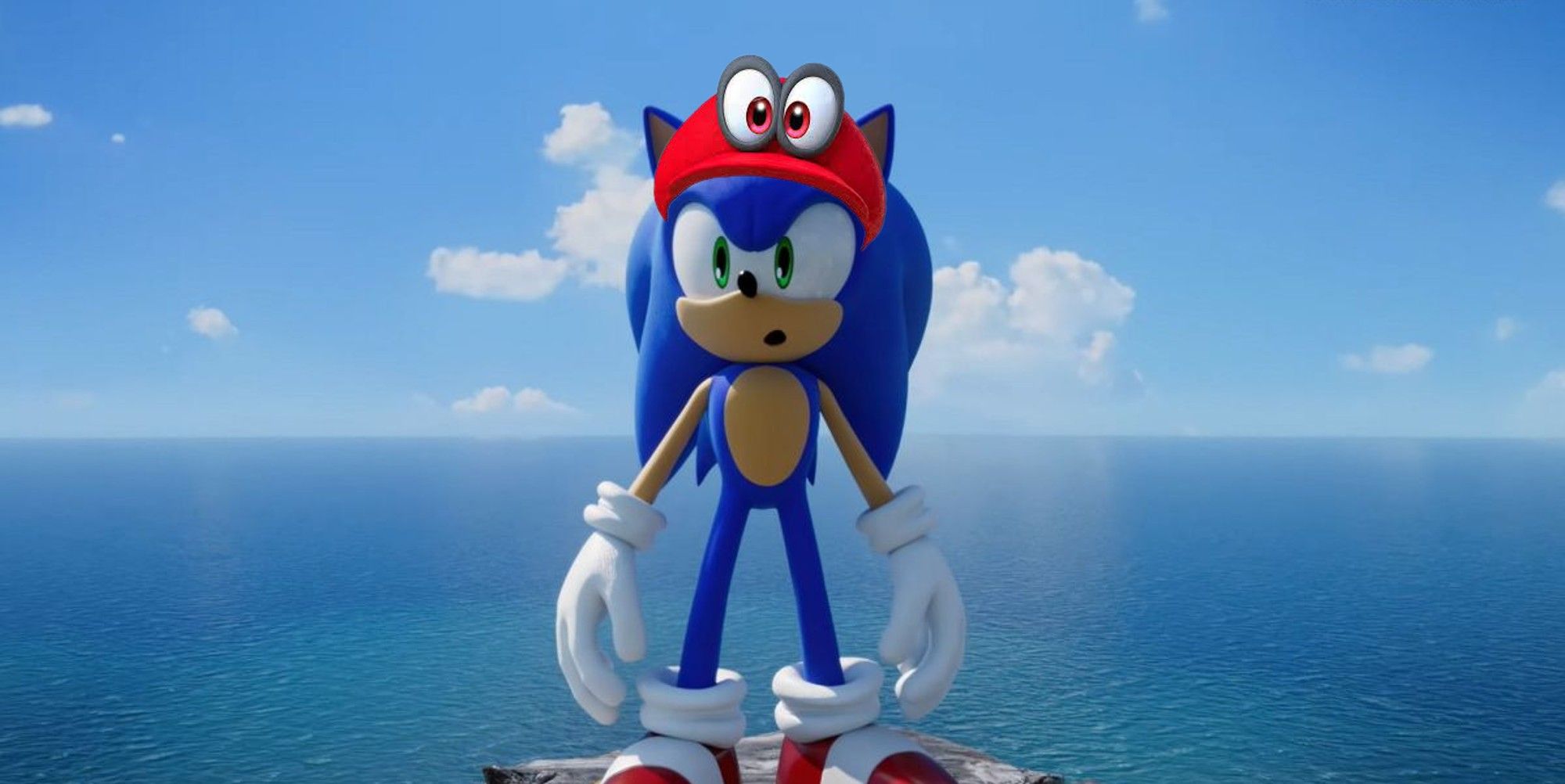 The big difference between Sonic and Pokemon is that Pokemon games are actually successful and well-received. Call it copium, but Pokemon players really don’t seem to mind that they’ve been playing the same game over and over for 20 years. Sonic games, on the other hand, are reviled by everyone – fans and non-fans alike. It’s easy to get away with stagnating when even the below-average remakes are making money hand over fist, but Sonic games are lucky if they even make their budget back. In its debut week, Sonic Forces only sold 234,000 copies. Brilliant Diamond and Shining Pearl sold close to six million in the same time.

Sonic games are bad and no one is buying them, but his balloon still flies in Macy’s Thanksgiving Day Parade every single year. He’s got two movies and a new show coming soon to Netflix, and Sonic Frontiers seems to be the most talked-about reveal from The Game Awards. The only explanation I can come up with for Sonic enduring star power is the underdog effect. Sonic was my best friend when I was a kid, and there’s nothing I want more than to see him succeed. I’m hopeful for Sonic Frontiers just like everyone else, despite decades of evidence that would suggest there’s no chance it will be a good game.

Maybe Sonic games have to be bad to keep that hope alive. Maybe a good Sonic game would actually be the worst thing that could happen to the series. If we ever saw what a good Sonic game was, we’d have to readjust our expectations. I don’t know if Sonic Frontiers will be any good, but I do know that Sonic will survive another flop just fine.