Penguin Adventure opens with the image of its star, a penguin named Penta, gazing across a stark Antarctic landscape with a solitary tear leaking from his eye. In a star-speckled night sky above him, a love heart contains the image of Penguette, the princess he's about to embark on a globe-trotting quest to save. It makes the game seem like a poignant, tragic melodrama about love and loss, but it's actually a bouncy cartoon platformer for kids.

Published and developed in-house by Konami, Penguin Adventure launched for the MSX on October 28, 1987. It's a decent game, but one people likely wouldn't remember if it wasn't for the involvement of a 23-year-old rookie designer called Hideo Kojima. The creator of the Metal Gear Solid series made his professional debut here, working on the game as an assistant designer alongside its main planner, Ryouhei Shogaki.

Known as Dream Continent Adventure in Japan, the game follows the aforementioned Penta as he races across the planet in search of a golden apple. This magical object is the key to reviving his beloved Penguette, who is trapped in a mysterious eternal slumber. Okay, so it's hardly Death Stranding, but remember: this was a distant time when stories in games were mostly an afterthought. Back then, gameplay was everything.

However, despite its narrative simplicity, Penguin Adventure was something of a pioneer in that it featured multiple endings—a good one and a bad one. If you pause the game a certain number of times, Penguette is awoken by the apple and everyone lives happily ever after. But if you finish the game without pausing once, which you'd think would actually earn you a reward, she dies. I'm not sure why, but it was unique at the time. 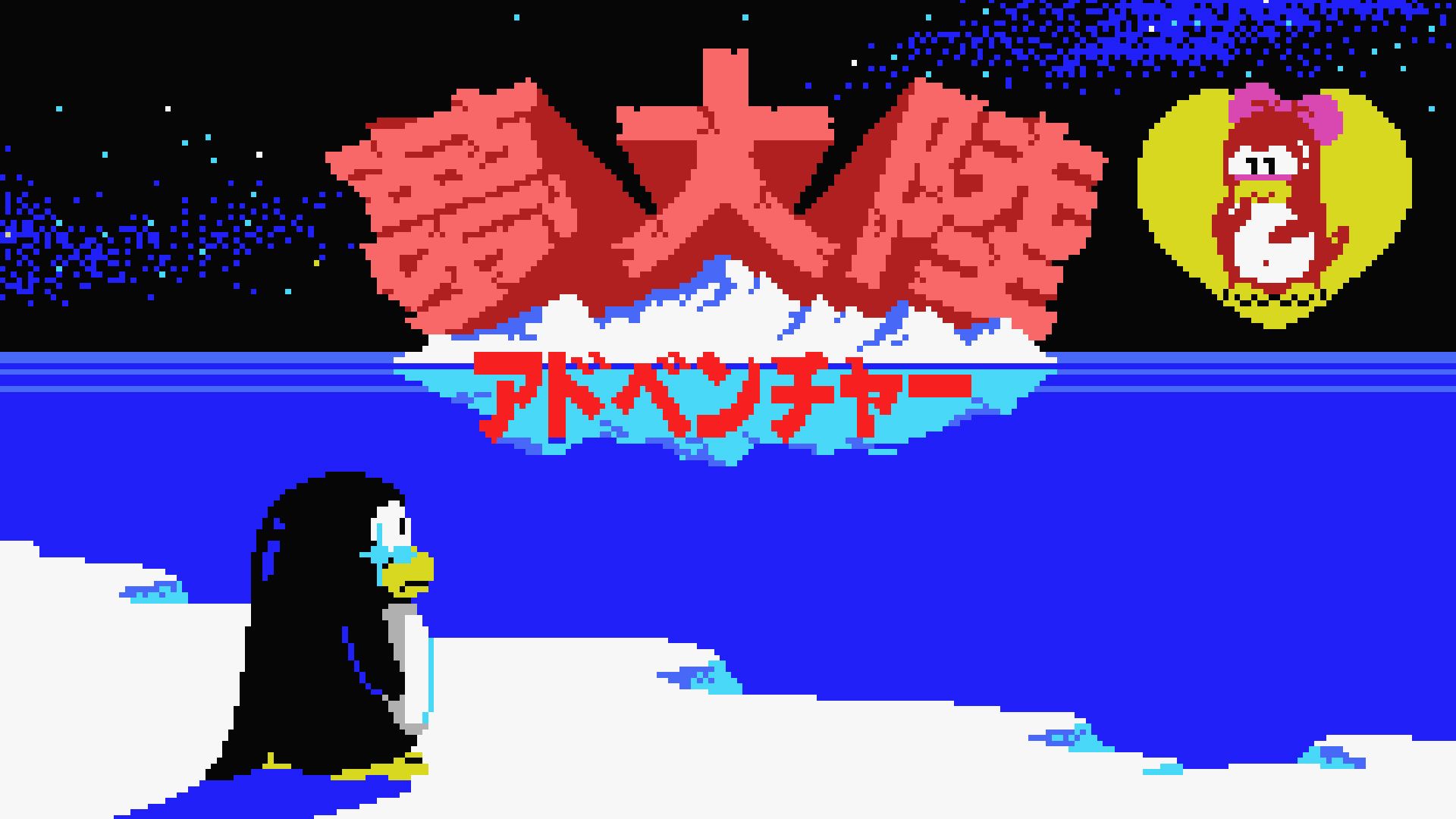 This is pure speculation, but I feel like this could have been part of Kojima's contribution to Penguin Adventure. I can't help but think of Metal Gear Solid, where giving in to Revolver Ocelot's torture triggers a bad ending in which Meryl dies. Are we actually seeing the DNA of MGS forming in this goofy platformer? Probably not, but it's fun to imagine a young Kojima daydreaming about making his future masterpiece.

The rest of the game has nothing in common with MGS, or any other Kojima game for that matter. Racing against a time limit, you have to guide Penta through forests, caves, snowfields, and other themed evironments while dodging pits and obstacles. As was the case with most '80s games, it's all about timing and fast reaction times. It's very basic stuff, although the game does have a little more complexity than other titles from the era.

As you race through each level you collect fish of various colours, a currency that can be traded in shops for items. These include a feather that lets you control the direction of a jump, speed-boosting shoes, protective armour, and a bracelet that reveals hidden items. You can also trade fish for a gun and kill enemies with it, which feels slightly out of place in such a light-hearted game. Kojima does love guns, though. Another of his ideas, maybe? 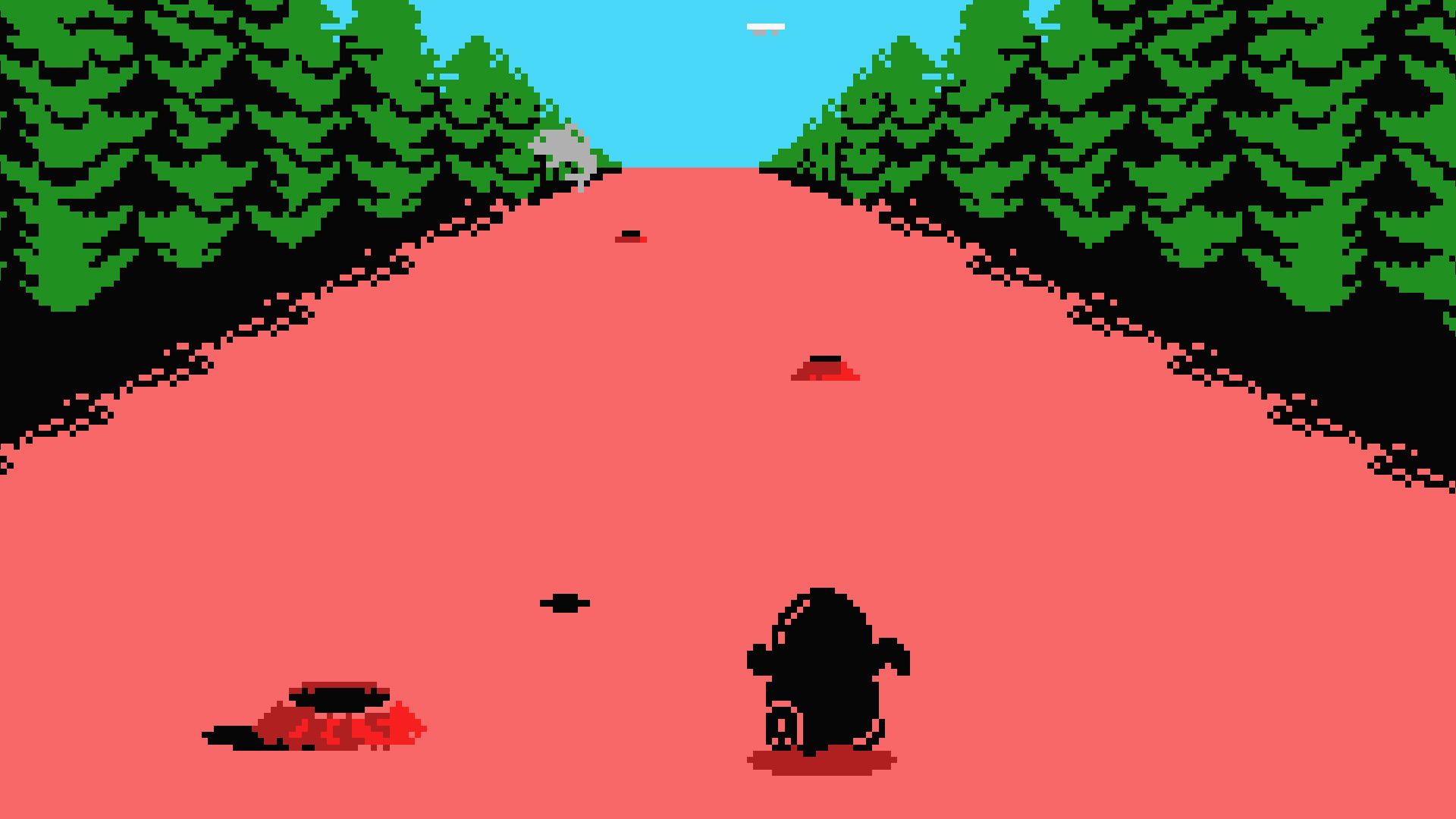 There are also boss battles against a monster called a Freezaurus, and bonus stages where Penta flies around in space. Don't ask why. Just go with it. It's nonsense, but enjoyable nonsense. Penguin Adventure is surprisingly playable today, and challenging in a way that's actually fun—unlike a lot of '80s games which seem to relish in punishing players. It's not exactly a classic, but a nice slice of retro Konami.

But the real reason Penguin Adventure is interesting is that it marks Hideo Kojima's professional debut in the games industry. I wonder if his bosses at Konami knew he was destined for greater things, or if he was just another anonymous face in the office. It's pretty funny that you can directly trace a game as wild and strange as Death Stranding, with its oil monsters and ghost-detecting babies, back to this cutesy lil platformer.