The Pokemon type chart is overdue for a shake-up. Fairy type was added in Gen 6 over five years ago, and before that the only new types we’ve ever gotten were Dark and Steel in Gen 2. We’ve had the same 18 types for three generations, as we prepare for Legends: Arceus and the possible start of Gen 9 in 2022, now is the perfect time to introduce a new type to shake up the meta.

Anyone that has played Pokemon competitively knows that there are some major balance issues with the current type advantage system. While most types are weak to at least two other types – and some, like Rock-type, are weak to five – Electric is only weak to Ground-type. This means a pure Electric-type Pokemon is highly advantageous. The Eelektross evolution line has the Levitate ability, meaning that it’s invulnerable to Ground and therefore has no weaknesses whatsoever (other than if an opponent uses a specialist move like Soak or Gravity).

Similarly, there are certain type combinations that have very few weaknesses. A new type could help rebalance the type advantage system so that every type has a similar number of weaknesses. The Bug/Steel type Pokemon Scizor, Wormadam, Escavalier, Forretress, Genesect, and Durant are only weak to Fire-type, while they take less damage from Normal, Grass, Poison, Bug, Psychic, Dragon, Ice, and Fairy. Another lethal combination is the Water/Ground-type, which is only weak to Grass-type but strong against Fire, Electric, Poison, Rock, and Steel. The only way to rebalance Pokemon with overpowered type advantages is to introduce new types to the game. Both of these type combinations are four times weak to their one weakness, but they’re so strong against any other monster that it hardly matters – you have five more Pokemon on your team to deal with Fire or Grass-types. 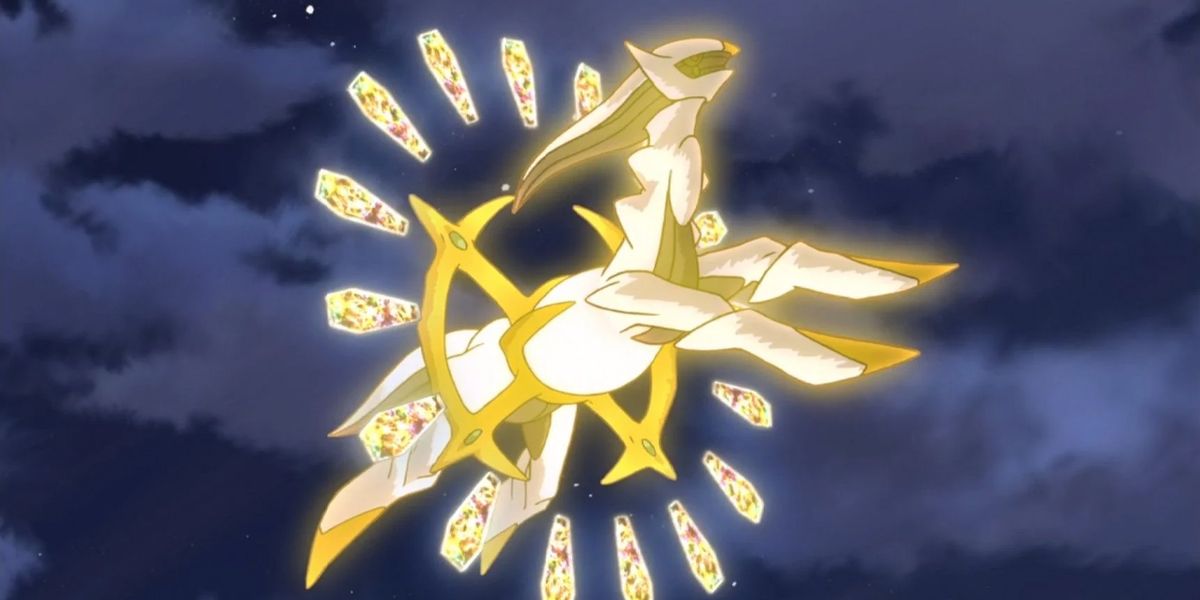 Luckily, it seems like a new type is likely for Legends: Arceus. A well-known Pokemon leaker has suggested that there will be 18 Arceus Plates in Legends – one more than expected, since Arceus is naturally a Normal-type Pokemon and thus doesn’t have a Normal-type Plate (Normal is just no plate). If Arceus has an 18th plate, that would suggest that Legends plans to introduce a 19th type that has never been seen before.

Legends: Arceus takes place in the distant past, and as we’ve seen from the trailers, will introduce evolutions that are seemingly extinct in the modern era of Pokemon, like Wyrdeer, Basculegion, and Kleavor. It’s unknown whether or not these new Pokemon will make their way into the next generation of games or be Legends exclusive. It’s possible that Game Freak could also introduce a new type that’s exclusive to the spin-off series as well. That may allow the developers to create new advantages and type combinations without having to rethink the entire battle system, since anything changes that get made will be restricted to minor games like Legends: Arceus with smaller Pokedexes.

The question is, then, what would the 19th type be? Many types are based on elements and natural occurring forces, so it's possible we could see something like a Wind or Air-type – though there’d naturally be a lot of overlap with Flying. Then there are types that describe the moves that the Pokemon can use specifically, like Psychic, Fighting, and Poison, so perhaps something like a Ninja-type, Music-type, or Arcane-type could work. There’s also more abstract types like Dark and Fairy, so really, anything could work as a Pokemon type. We could see the introduction of Digital-type, Dream-type, or even Machine-type. Just as the introduction of Fairy reclassified several Pokemon, a new type would absorb already existing Pokemon while also introducing some new ones – Porygon could be a Machine-type or Munna a Dream-type, for instance.

Adding a type to such a complex system is no small feat, but it will be necessary to keep Pokemon fresh and exciting. Legends: Arceus feels like the best opportunity to introduce something new since the Pokedex is so much smaller, making it easier to control the balance of type advantages. It doesn’t matter what the new type is, we just need one. And preferably one that does Super Effective damage to Electric-types.