Actress and avid cosplayer Krystina Arielle is a big fan of role-playing games and has appeared on such popular shows as Critical Role and Sirens of the Realms. Today she has some great tips for both Dungeon Masters and players about how groups can take the plunge from casual role-playing to performing for an audience through podcasts and videos ahead of her appearance as a panelist at PAX East 2020. 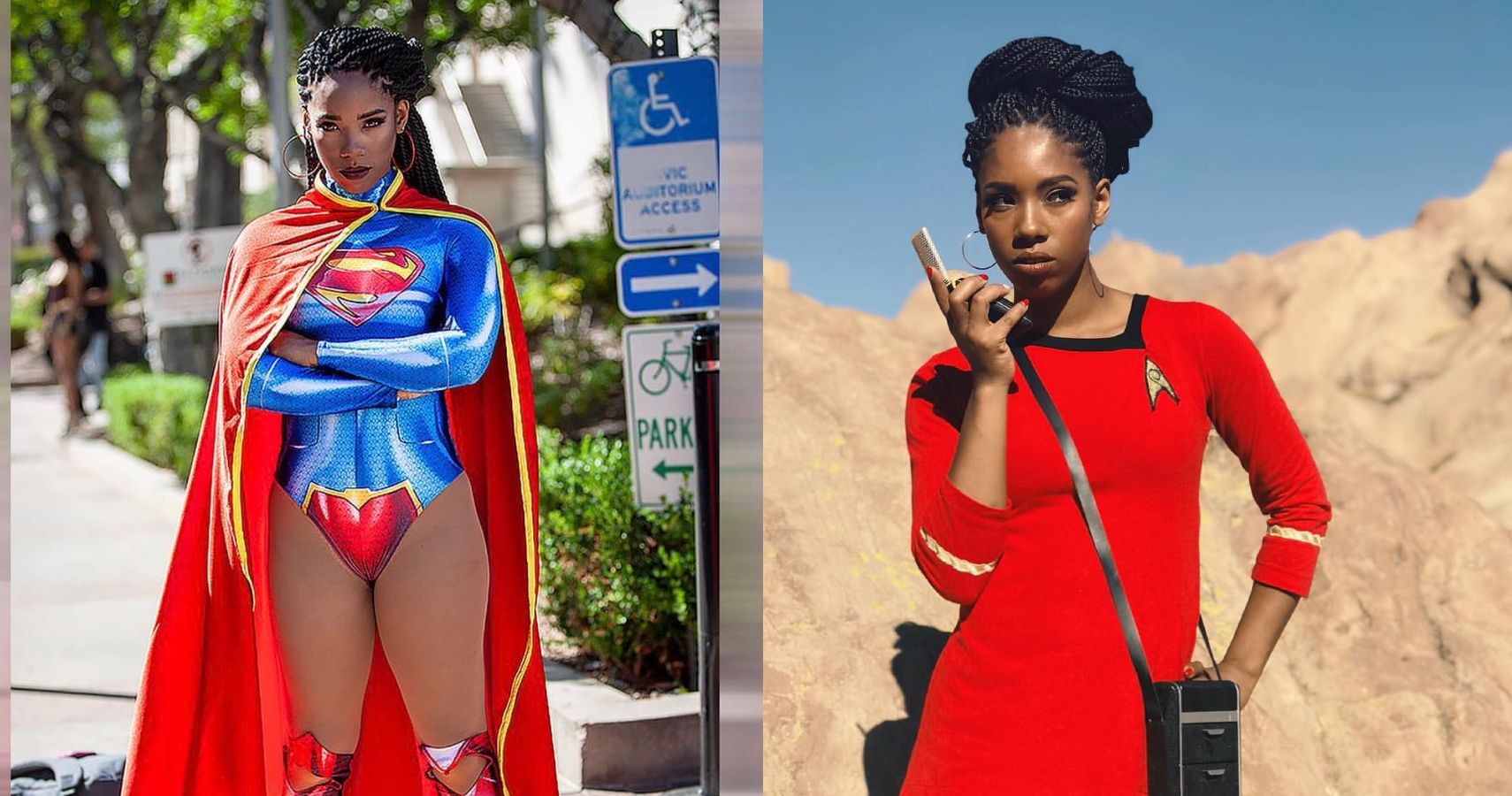 Dive Right In And Stop Waiting For The Perfect Conditions

Krystina describes enjoying all kinds of role-playing games, and she has some great tips for anyone who wants to jump into playing a role-playing character for an audience. For those who might be perfectionists and are waiting until the ideal conditions arise, Krystina advises the exact opposite approach, “My advice is just start. People put so much pressure on themselves to have the perfect equipment and creating a persona that they stress themselves out too much to begin. Be yourself and just begin.” 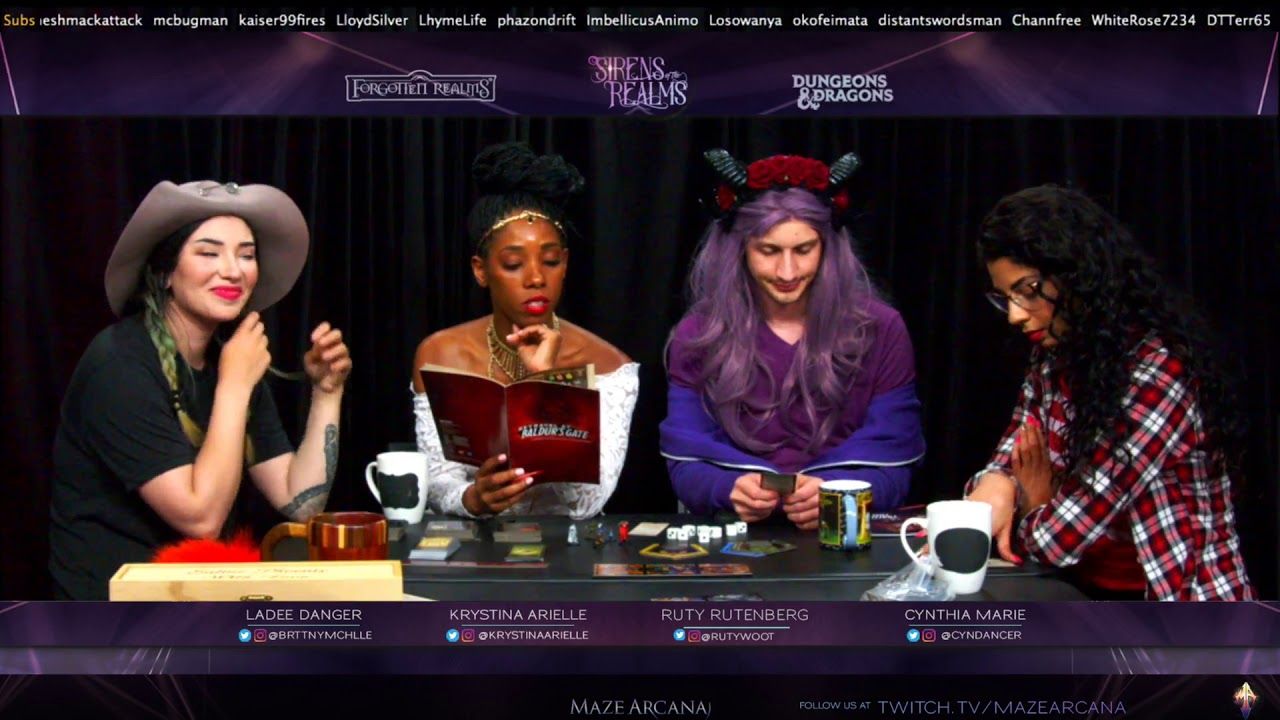 Be Flexible With Your Characters

Whether it’s a charismatic Bard or a devoted Cleric, Krystina is known for playing a variety of characters that are diverse and interesting in their own ways. When players look to create their own characters, there are a number of things to keep in mind, “When creating your character, know that the character you create before you play may not be the character that ends up appearing,” she begins, “With Orisha (my character on Sirens) she started as this super-stoic, no-nonsense character and she ended up being a character that couldn’t stop making puns and awful jokes, and at one point took up juggling.” 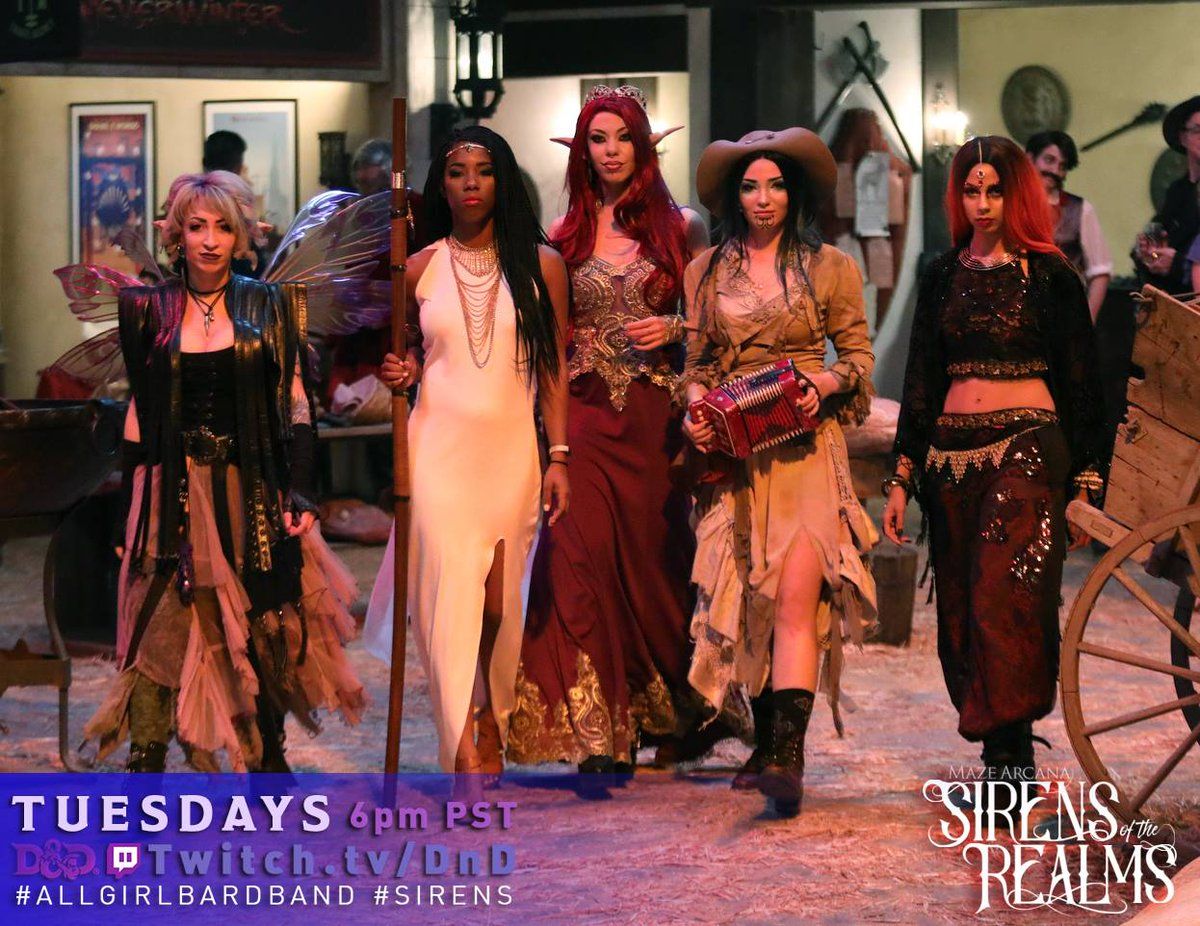 Her current character named Akasha on The Ride of the Veiled Alliance underwent a similar process of conceptualization but ultimately changed throughout the campaign. In the end, it was not until the campaign began that the character took any real, permanent shape, because it is impossible to know what a DM may bring to the table. Krystina states that despite this unknown, surprise factor, “I think it’s important to remember to have fun and to just react honestly. Our characters become a part of us so let them speak through you. You never really know what your DM is going to throw at you so just react as you think your character would and don’t get upset if how it happens in reality isn’t how you saw it in your head.”

Is Playing With Friends Versus Playing For An Audience Much Different? 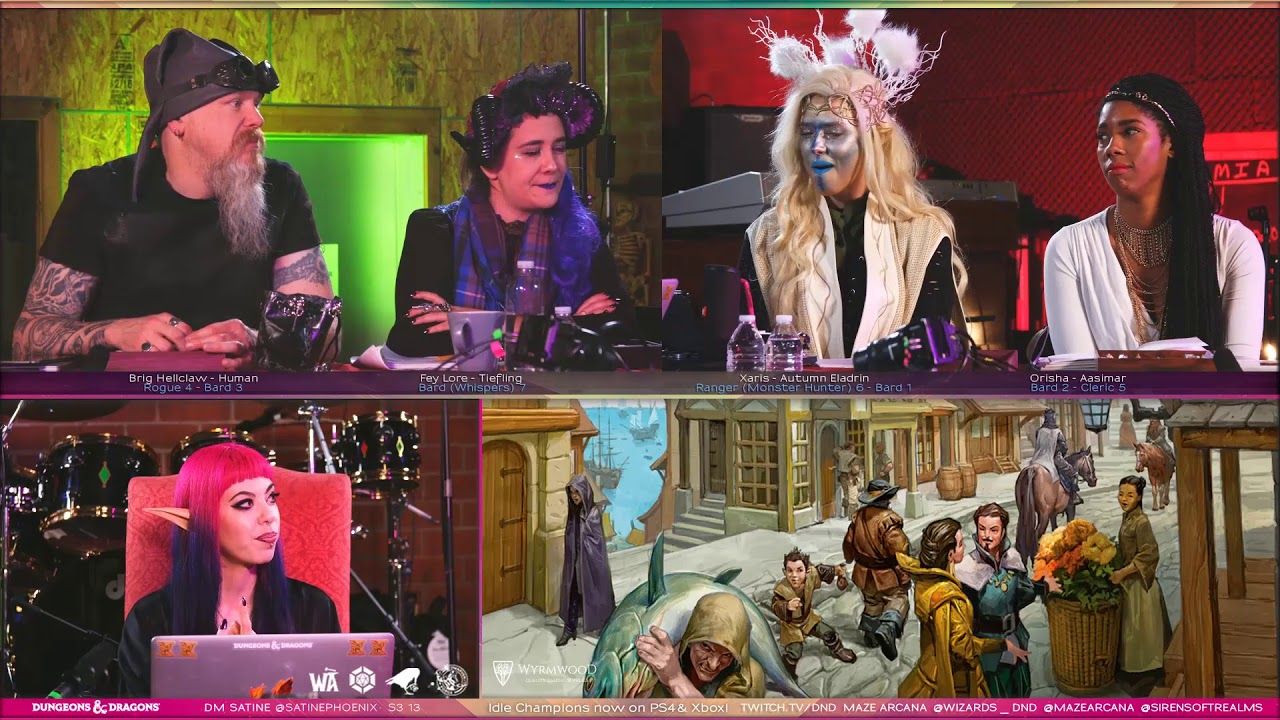 Playing the role of DM or player with a group of friends is one thing, but often comes across as an entirely different matter when performing a video or audio medium. In the end, Krystina advises players to do their best to ignore the feeling of difference, “I know it seems easy to say, ‘ignore the audience,’ but it’s true. You have to focus on the story, your DM, and the moment. If you’re just performing for the audience, you will stress yourself out. Play with your friends. Be present in those game moments. People will enjoy it, or they won’t, but the more honest you are in-game, the more it translates.”

Dealing With Tragedy And Death

Although role-playing games are meant to be an enjoyable experience of lighthearted fun, it is easy to grow attached to a character we have created, and it can affect us when that player dies. Whether it is a single character or an entire party that gets wiped out in a Total Party Kill (TPK), players and DMs should tread carefully. For Krystina, a TPK has never occurred in a game of Dungeons & Dragons, but it has occurred elsewhere, “during a game of Ten Candles on Geek and Sundry. It’s more jarring than I anticipated. Role-playing is a very emotional thing. You get so wrapped up in these worlds and stories and it becomes very personal, so the losses feel real.” 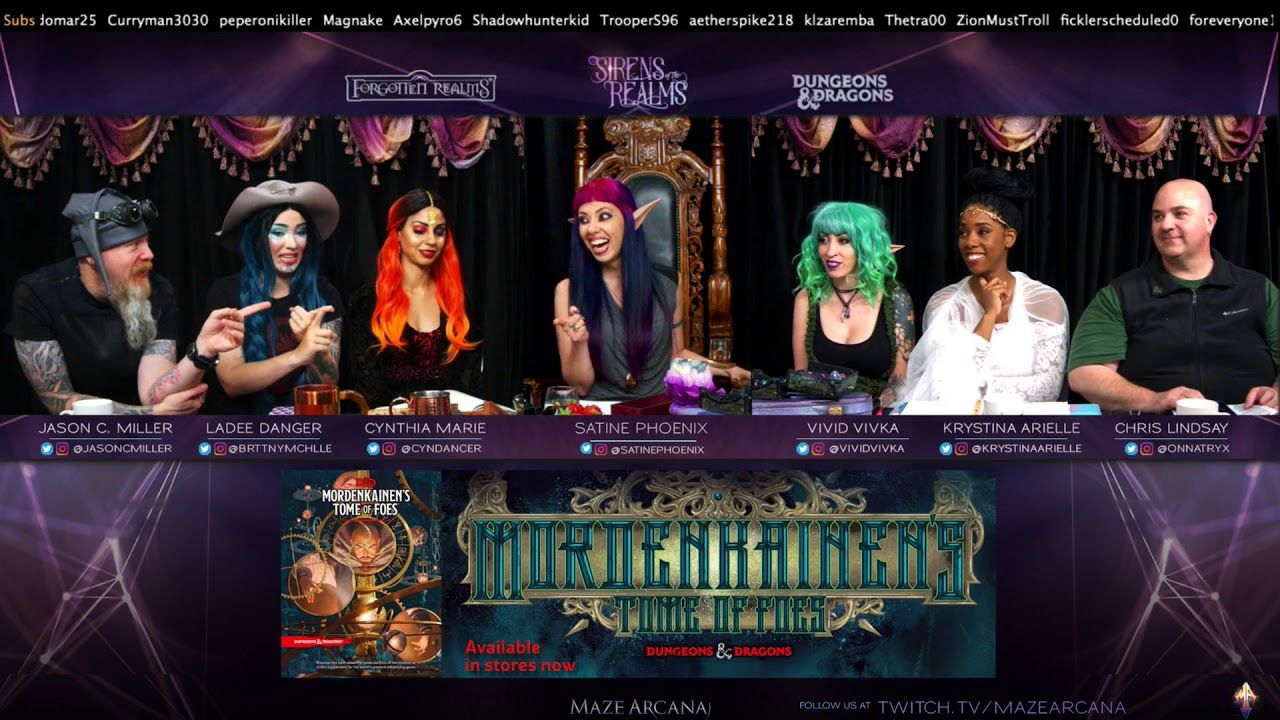 While players can connect to their characters, this does not mean that death should be avoided, “I don’t have an aversion to it, but I think it’s important for the DM to remember that these attachments can feel very real and make sure that they don’t just kill off a party and say ‘See you next week!’ One thing I really respect about Ivan Van Norman, who DM’d that game of Ten Candles, was that he not only checked in with us after the game, he called later in the week to see how we were doing. I think that level of care is important.”

Setting Boundaries For The Campaign Sets The Tone For The Audience

One consideration that should be discussed with players is the kind of audience that they are aiming to reach. Some players may not want or need to change anything about their campaigns or the way their characters act to be accessible and enjoyed by a broad range of viewers, but others might. On the other hand, extreme violence, rampant sex, or other “styles” of play may alienate a large group of viewers. A simple chat can go a long way, as Krystina describes her games, “I feel like my home games and streamed games are very similar. In session zero, we generally establish boundaries and hard limits which helps cut down on anything that might rub someone the wrong way.” 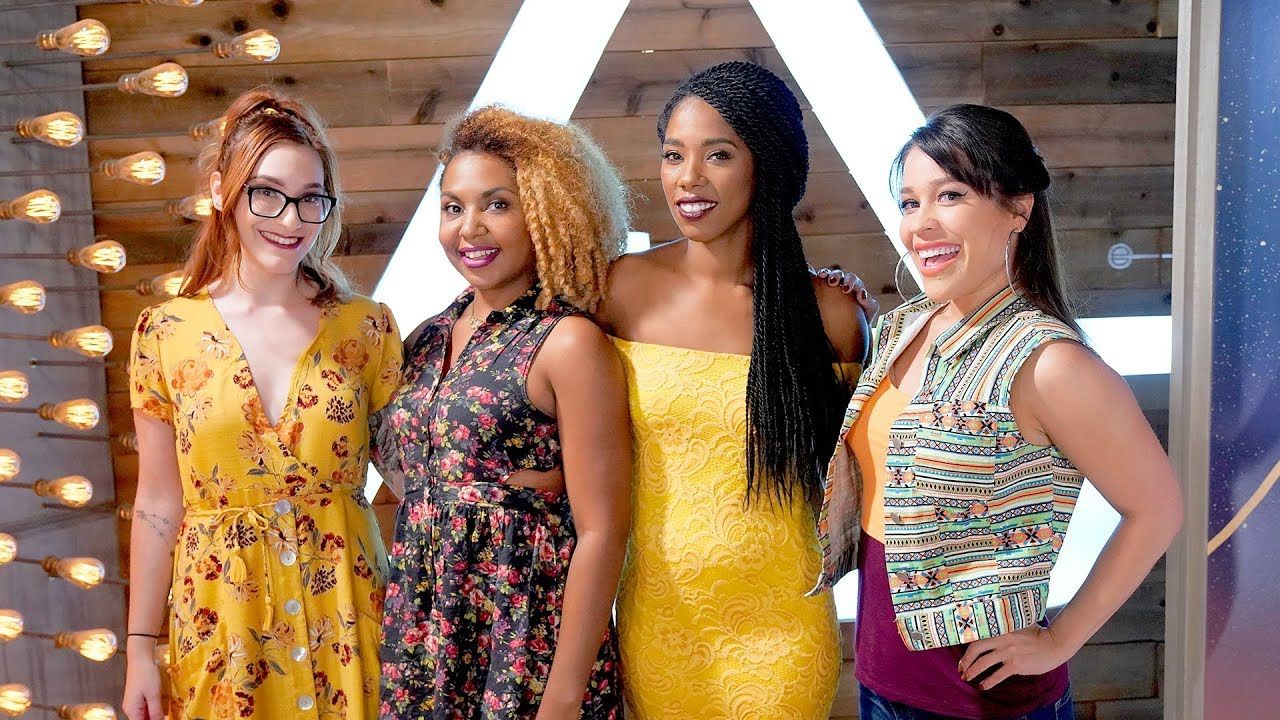 Habits To Avoid When Performing For An Audience

Although Krystina advises that players do their best to “ignore the audience”, there are still a few tips to consider to make the experience more palatable. “One thing that bothers me in causal and streamed settings is talking over people,” she begins, “You are a member of a party, you cannot let your ego fuel you to overshadow important moments in someone else’s story because you need the focus on you. A solid DM will ensure that everyone gets their moment. Don’t stomp over someone else’s.”

Every so often, a new, wide-eyed DM or player may join a group of people, and a few minutes into the campaign might declare, “You’re not being enough like Matt Mercer! We need to be like Critical Role!” To this, Krystina would advise, “There is already a Critical Role. There is already a Matthew Mercer. There isn’t a you. Be yourself. Tell your story. The joy of playing with various storytellers is experiencing how their imagination helps them weave this adventure. Be confident in yourself and your ability and don’t try to be other people.” 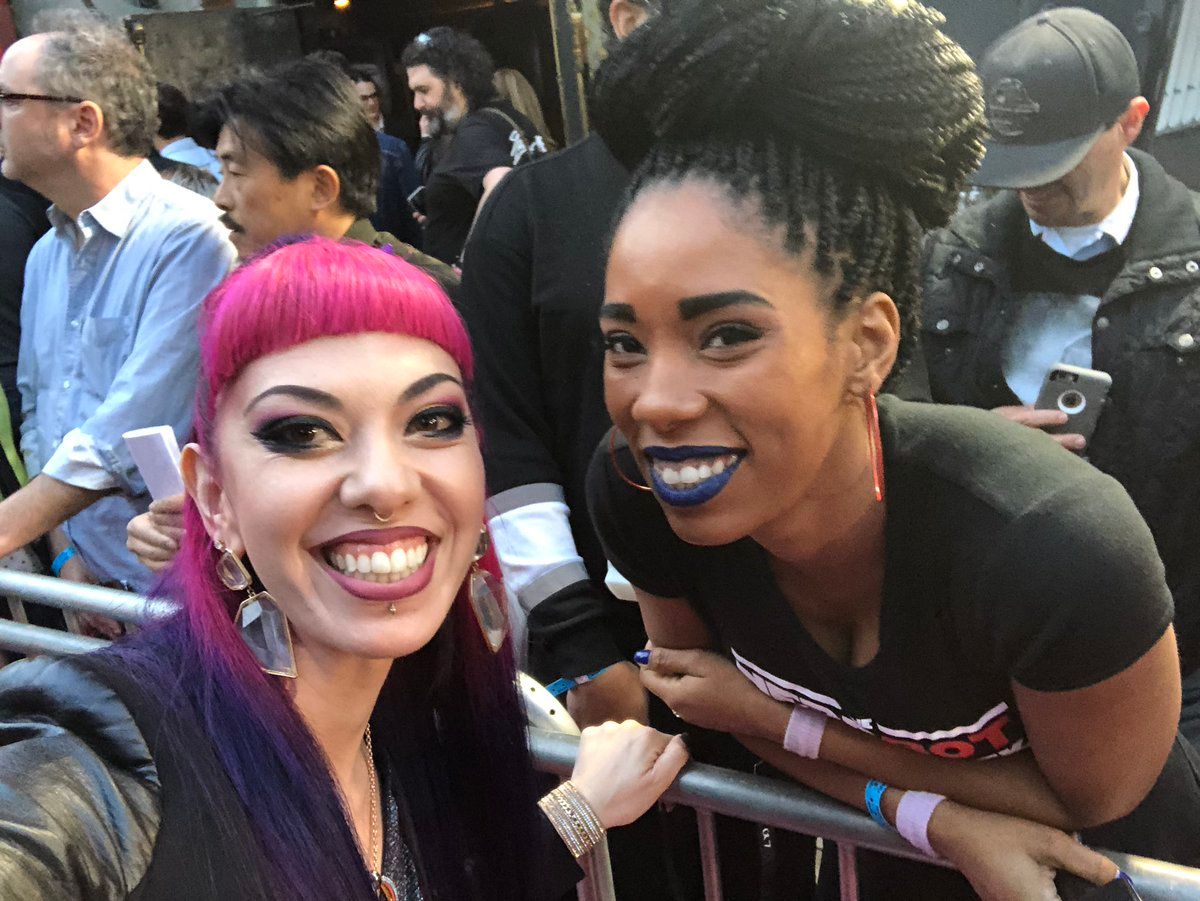 In closing, Krystina took the time to share her favorite storylines from both Star Trek, and for fans of the science-fiction genre, they should look into the role-playing game Star Trek Adventures. When it comes to the adventures of the Federation, Krystina states, “My favorite episode of Star Trek (and I speak on this often) is “The Game” [S05E06] of The Next Generation. Riker goes to Risa and brings back this game that takes over the attention of everyone on the ship except for Wesley and his girlfriend (played by Ashley Judd in that episode).”

The episode is a great one, and in retrospect, quite similar to how some people deal with video games today, as Krystina states, “It reminds me of Candy Crush and other phone games that we have now, and how that slot machine joy effect could be used to harm us (… I say as I prepare to play another hour of Disney Emoji Blitz).”

We thank Krystina for taking the time to chat with TheGamer prior to her participation at PAX East 2020. Attendees should check out her panel on Saturday, February 29 from 11 AM to 12 PM, “PAX Ambassador Real Talk: Growing Your Community” in the Albatross Theatre!