The Dark Pictures Anthology: Little Hope is the highly-anticipated follow-up to last year’s Man of Medan. Although the two are not ostensibly related to one another in terms of narrative, they are connected in that they are both unfinished stories put forward by the Curator, a mysterious, omnipresent entity presiding over each of the games in The Dark Pictures Anthology.

In order to learn more about what Little Hope actually entails, we recently had a chat with The Dark Pictures Anthology series producer Dan McDonald, during which we discussed the Salem Witch Trials, Bandersnatch, and more. If you’re curious, be sure to check out our Little Hope preview for our impressions after playing a full chapter of the game.

What did you learn from Man of Medan that you implemented into Little Hope? Which parts worked and which parts didn’t, and how did you go about reappropriating sections of the first game into the second without damaging the series’ continuity?

DM: We love to iterate and we’re always learning from our games. Little Hope is no different and we have made some changes based on community feedback. The first of these is the camera. In Man of Medan the camera was fixed. While we continue to use this style in Little Hope – we think it can bring a very cinematic feel for our games and allows us to set up shots – for certain scenes we have given the player more control of the camera. This 360 degree control of the camera gives players more visibility of their surrounding area and more opportunities to explore the environment. The other main change is for QTEs. We now have context sensitive icons giving players more detail on the action about to happen, it also gives the player a little more time to get ready as they will now know a QTE is coming. 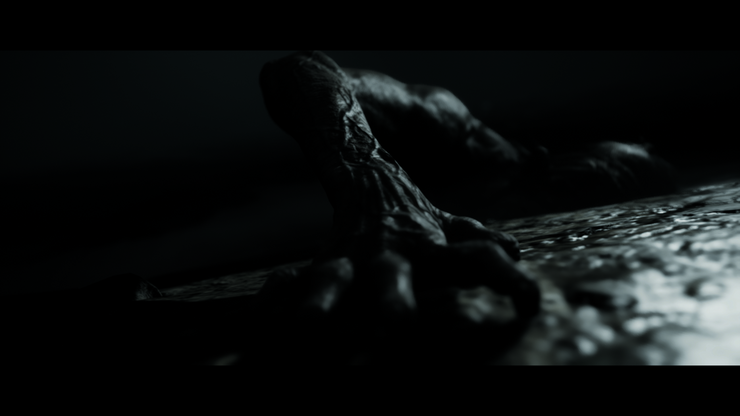 All the games in The Dark Pictures are standalone, with different settings, characters and storylines so with the exception of the game mechanics and engine we don’t reuse elements from one game onto the next. We don’t really have to worry about continuity of story or characters as they are always different. Naturally we make sure that all the branding elements are consistent and of course we have the Curator who is the one consistent element across all the games – his repository will remain the same but you may see different parts of it within different Dark Pictures games.

What drew you to the Salem Witch Trials? They’ve been depicted in all kinds of media, but this simultaneous existence of two timelines with Doubles is fresh. Where’d that come from, and what do you hope to achieve with it?

DM: All of the games in The Dark Pictures Anthology have some basis of fact, fiction or legend within the real-world. Little Hope takes elements from the Andover Witch Trials of 1692. These are lesser known than the Salem Trials but in fact resulted in more accusations, confessions and ultimately executions than any other town in New Hampshire, including Salem.

When the initial concept for the game was discussed we wanted to have a group of people exploring an abandoned town with supernatural elements following them as they explore. We had also read a lot about 17th Century witch trials and so the idea of basing this game around Andover witch trials of 1692 was born. It’s a fantastic subject matter and obviously something factual to base our game on! We really wanted to bring something fresh to the story but it’s hard to talk in detail about this without giving spoilers!

Admittedly, I wasn’t a huge fan of the QTE prompts – what made you decide to go for those? Do you think there’s a way to rework them with accessibility in mind, given that QTEs in general are a large barrier of entry for a lot of people?

DM: Hopefully, you’ll enjoy the changes we’ve made to QTEs in Little Hope. The main change we made was related to feedback around QTEs arriving too suddenly. We’ve now added an icon that appears before a QTE. This gives the player time to prepare and an indication into the context of the action. For example, a fist icon if it’s a combat action that is about to happen. 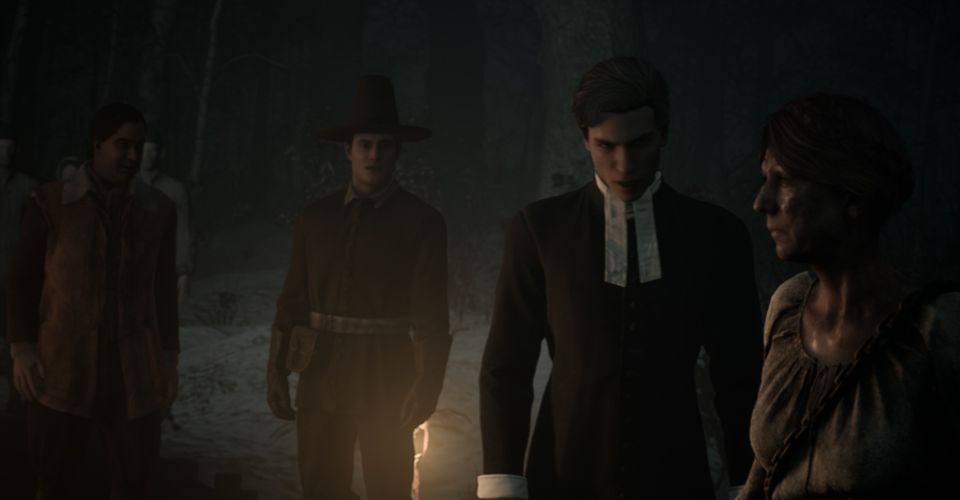 We do also have a wide variety of accessibility options in the game, including options around QTEs from completely disabling QTEs to making repeated button requests easier so we have made sure that this game can be enjoyed by as many people as possible.

Additionally, within some of the scenes where we use QTEs we have added in dynamic character swapping. This gives the player control over a couple of characters in quick succession, going back and forth between the two as the action intensifies. We think this leads to a heightened sense of drama.

The cast is pretty stacked and the scenes are very involved – what do you reckon the future of games and cinema overlapping looks like? How do you see it going on either end, from the likes of Bandersnatch to the kind of game you’re working on?

DM: It’s hard to predict if film and TV will continue to add interactivity, but from our point of view we really enjoy bringing a cinematic style to gaming. Whether it is a talented cast delivering an emotionally engaging and powerful performance or the way a shot is set up for maximum impact. Cinematic gaming is something we remain hugely excited by. When we create our games we have complex mocap shoots that are directed and acted in very much the same way as a film would be. We make cinematic branching narrative games, so for us its important to bring these cinematic values into our games.

As for the other way around, its great to see things like Bandersnatch breaking the boundaries of film and TV and I hope we do see more of that kind of thing – imagine a whole cinema voting on how the film should turn out! I imagine the barrier here is the sheer cost of filming multiple different outcomes of just one scene.

How does this pave the way for the third instalment in The Dark Pictures Anthology? How coherent is the story, and what does it look like as a whole

DM: Each game in The Dark Pictures Anthology is a standalone story with new cast, characters and setting which makes them all very different. However, the games are all set in the same universe so we have placed Easter Eggs for the third game scattered in both Man of Medan and Little Hope. In Man of Medan there were hints about Little Hope and the third and fourth game. The same goes for Little Hope and so on. Often these easter eggs will not become apparent until you actually play the 2nd and 3rd game but we hope people will be interested in finding out what these are. There are already discussions on reddit around what game 3 and 4 are and we like to keep the intrigue going with the occasional teaser! 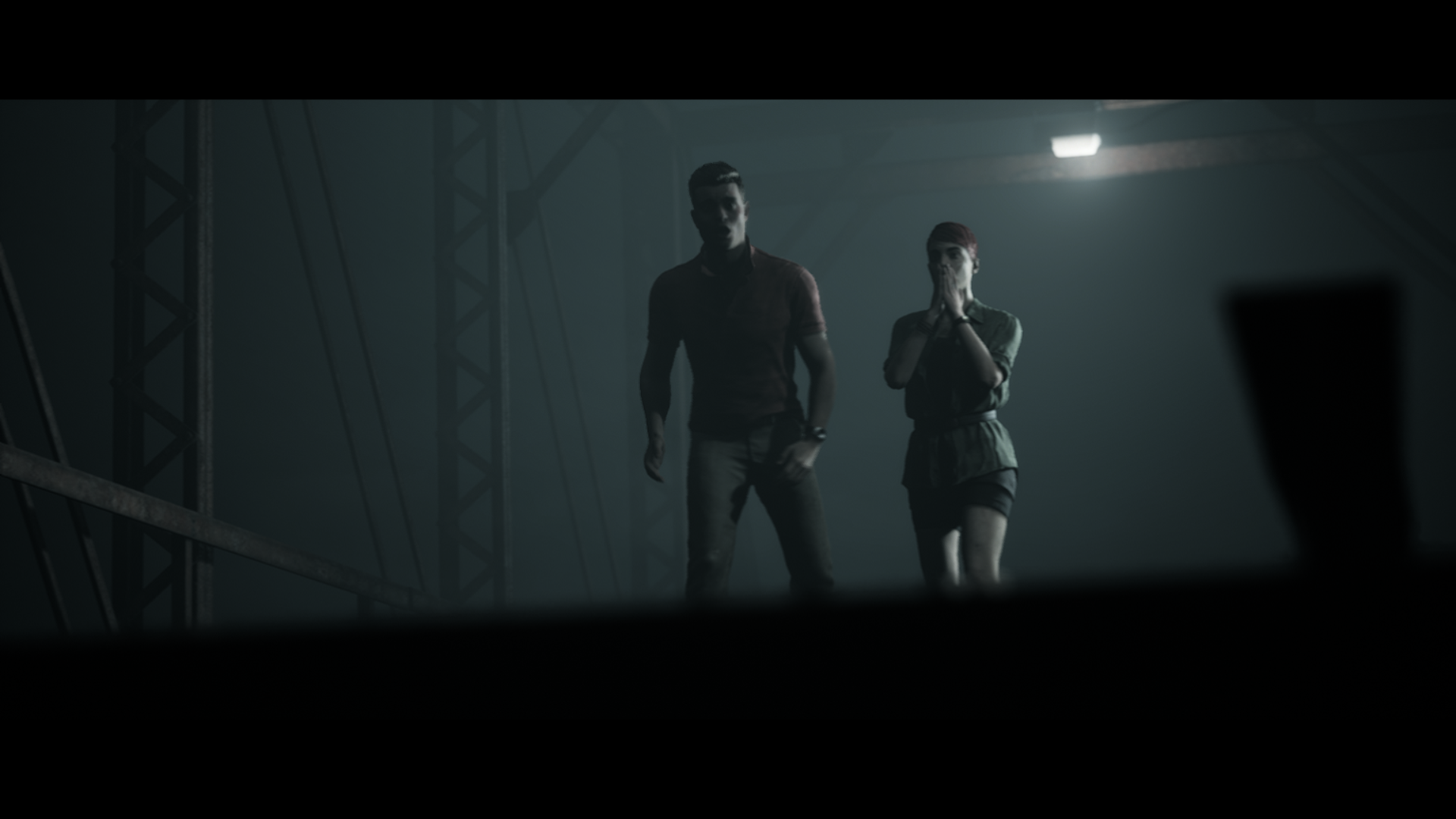 There is one consistent however, and that is the Curator – he will certainly appear in all the games and actually has his own story arc!

We are currently working heavily on the 3rd, 4th and 5th games and past that games 6, 7 and 8 all have story drafts and are ready to go into production down the line too. It’s all hugely exciting. It’s great to work on such separate stories as it means you aren’t bound by the same characters or lore around the story or setting – it’s new every time.

Given that the third game will be coming out down the line, I assume it’s next-gen – will the first two games be upgraded? What does next-gen hardware afford them, from faster loading times, to upgraded visuals, to whatever else you reckon they’ll benefit from?

DM: We’re excited by the potential of next-gen hardware for sure and cant wait for our games to appear on the new systems. As you mention it will definitely allow for improved audio and visuals, faster loading times etc. As we make highly cinematic games with high visual fidelity we are expecting to take the visual quality to a an even higher level than we already achieve. Additionally, you have new controllers which will allow for some really interesting mechanics to be developed for our style of games.

I noticed in the demo that Andrew and the professor weren’t really shocked after teleporting back through time – why is that the case? Do they understand what they’re getting into already, or is this just not that scary for them?

DM: Unfortunately, there is no real way of answering this without spoiling anything! What I can say is that they will both have plenty of opportunity to be afraid in this game. They are struggling to understand what is happening to them, and the demo you have seen takes place a little way into the game. Without giving too much away, prior to the moment you have seen in the demo the characters have already witnessed visions from 1692, so whilst they are certainly not blasé to the fact – it has happened before!

What are your plans for the next game? Any other genres you’d like to explore – sci-fi, Western, etc?

We have probably looked at every genre! I think we came up with nearly 39 different sub-genres of horror when we sat down and discussed it. That’s the joy of doing an anthology – nothing is out of bounds. Man of Medan was ghost ship, supernatural, with elements of home invasion. We like to mix the sub-genres and often it’s much easier to do that in gaming rather than in a film.