When popular anime series get turned into video games, it’s usually a hit-or-miss situation. Take the beloved anime One Punch Man, whose video game adaptation received mixed reviews upon release. Or the popular shonen Seven Deadly Sins, whose mobile game currently holds a 4.9 rating on the App Store. Translating an anime from a screen to, well, another screen, is a formula video game developers are still figuring out – and the results are varied. 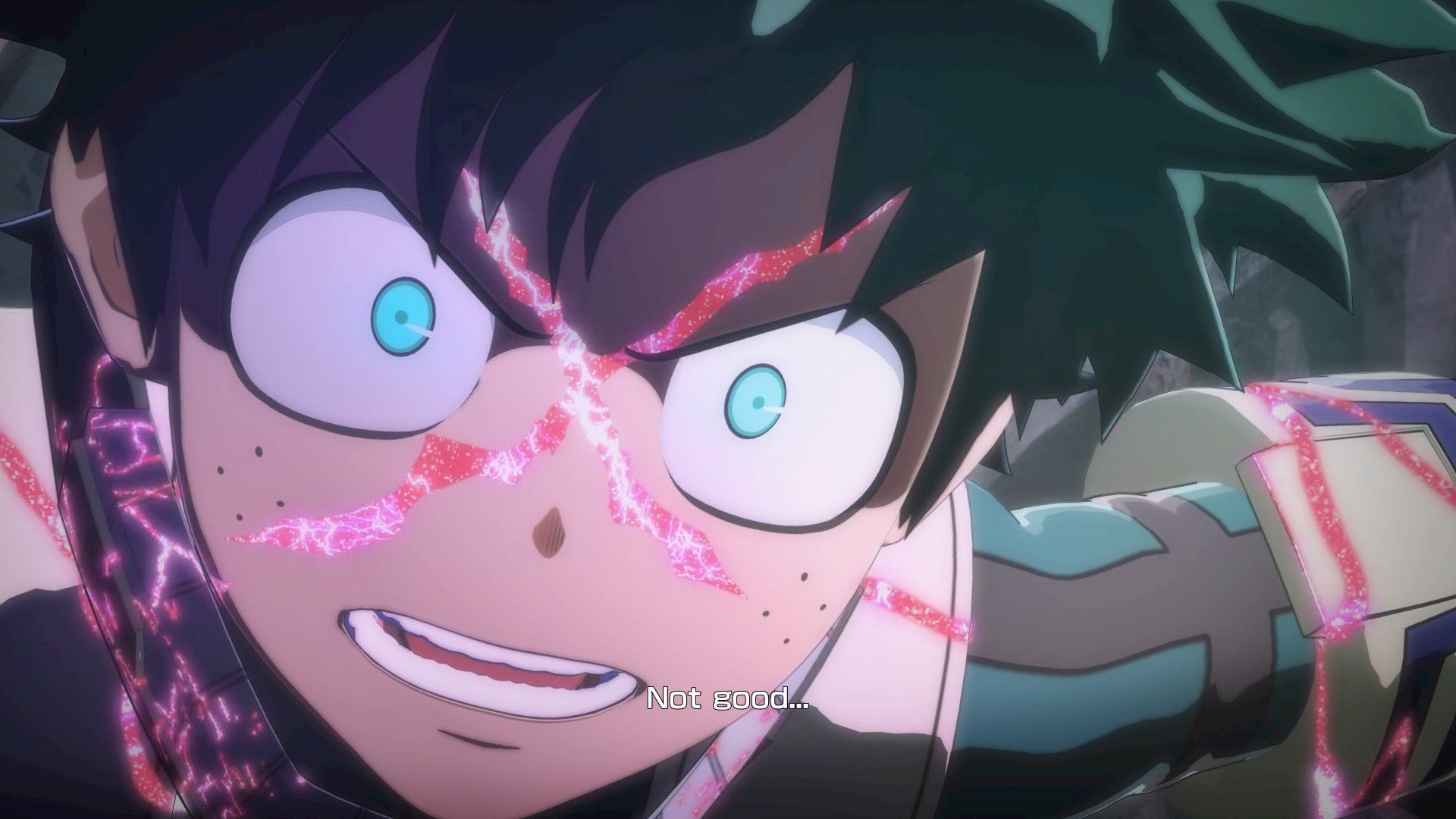 My Hero One’s Justice 2 picks up right where the last MHA game left off, starting with the Provisional Licensing Exam arc (that was covered in season three of the anime) and following through the entire Sir Nighteye arc (that was covered in the currently airing season four). The story is broken up into chapters that consist of a comic book-style interactive video (complete with voice acting from the original Japanese actors). Most chapters also include a fight of some kind, which players must successfully complete in order to move ahead in the story.

In addition to the “Story” portion of the game, players can also partake in more free-form fighting, including a “Mission” mode (similar to a “survival” mode where players must complete multiple fights with one health bar), an online multiplayer mode, and several other freestyle modes (free play, arcade, and training) where players can choose their own characters and arenas to hone their skills.

Gameplay-wise, it’s pretty similar to any standard arena fighter. Players control one fighter, sometimes with the option to have two sidekicks as backup, and can keep an eye on the time limit and each player’s health bar. The handy fighting tutorial at the beginning offers a look at the variety of fighting moves and combinations and is a good intro for people who may not be used to these kinds of fighter games. 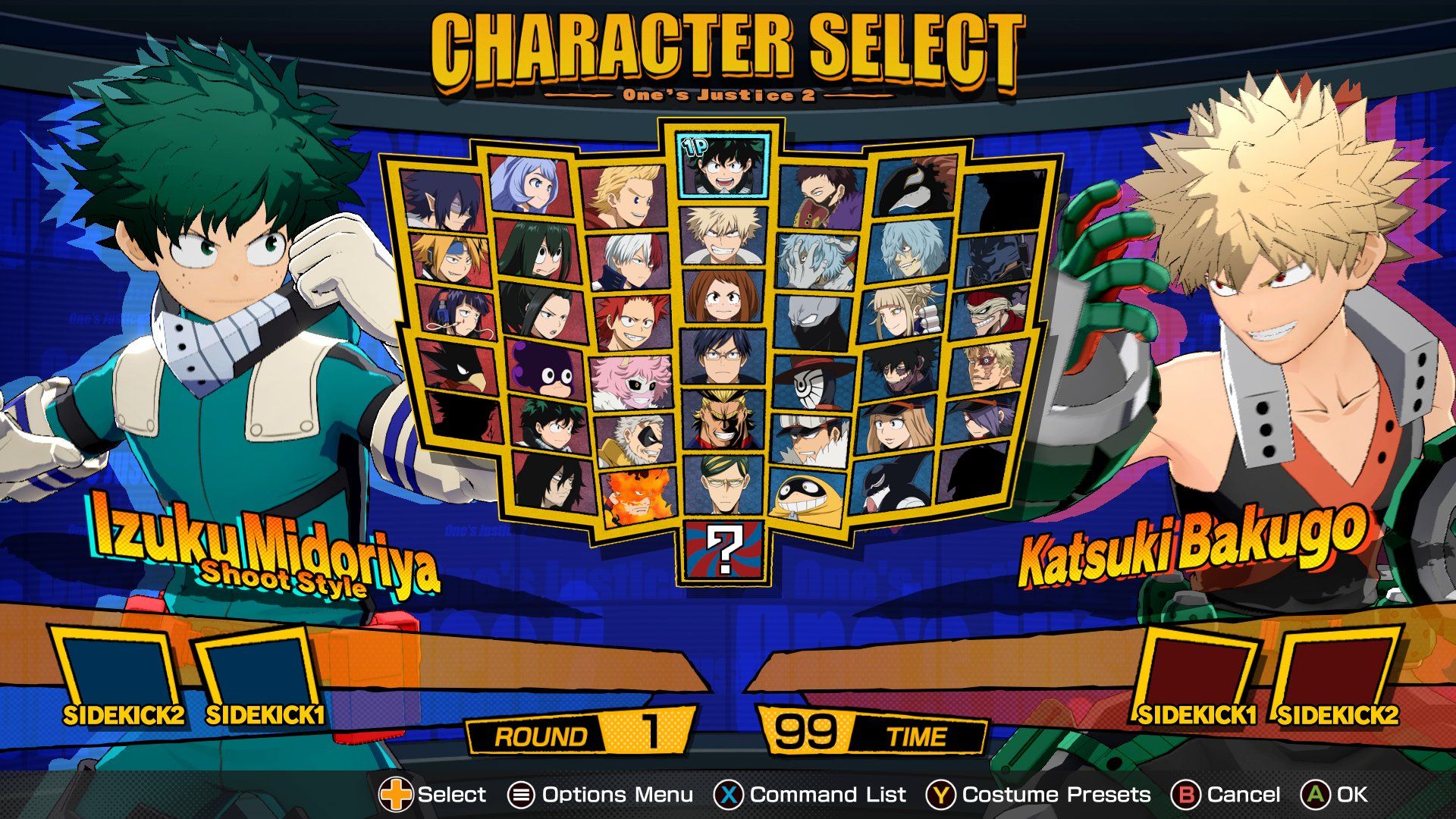 Like it’s parent game, My Hero One’s Justice 2 features remarkable three-dimensional graphics and smooth animations, making each new cutscene or fight aesthetically pleasing to watch. Fans of the anime will likely enjoy watching their favorite moments onscreen in this new way, and with the added bonus of fights inserted in every chapter, fans will feel like they actually have a role to play in what would otherwise be a passive watching experience.

Something that the original My Hero One’s Justice did well was its sheer amount of characters and customization options, and One’s Justice 2 ramps that up a step further with 18 new characters. While players can’t choose who they’re playing as in the Story Mode, the free play modes allow for complete customization of player’s mains, their sidekicks, their outfits, and even their opponents and arenas if they so choose. With so many possible permutations, fans of these arena fighters could find themselves spending hours trying out every combination. 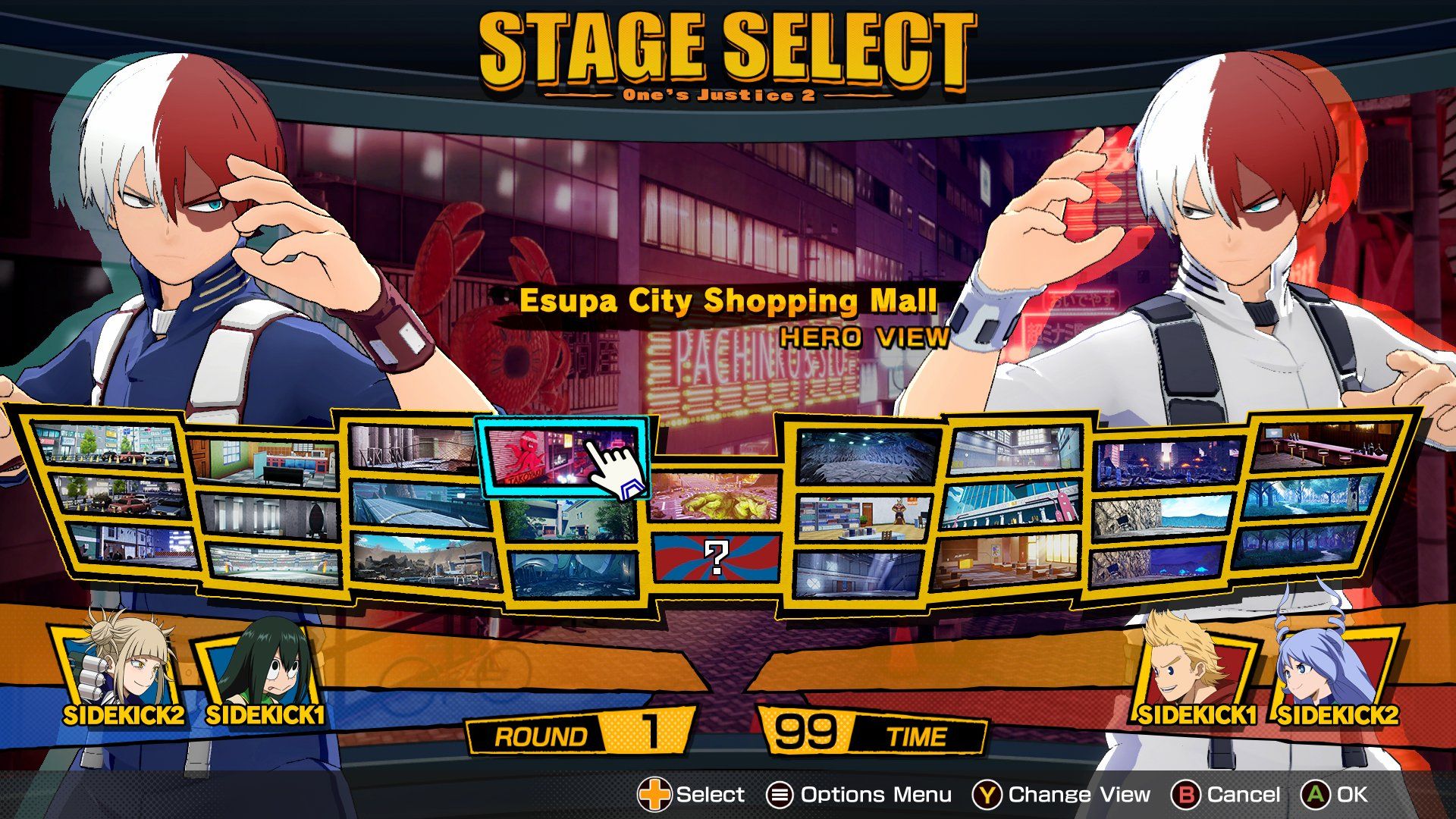 So… How Many Fights Can We Squeeze In Here?

Unfortunately, beyond that, there’s not much else to My Hero One’s Justice 2. The Story mode’s repetitive format of “play a comic book video” then “win a fight” gets old pretty quickly. Plus, as the stories are pretty much told verbatim from the anime, fans might find themselves bored of the same scenes they’ve already seen. 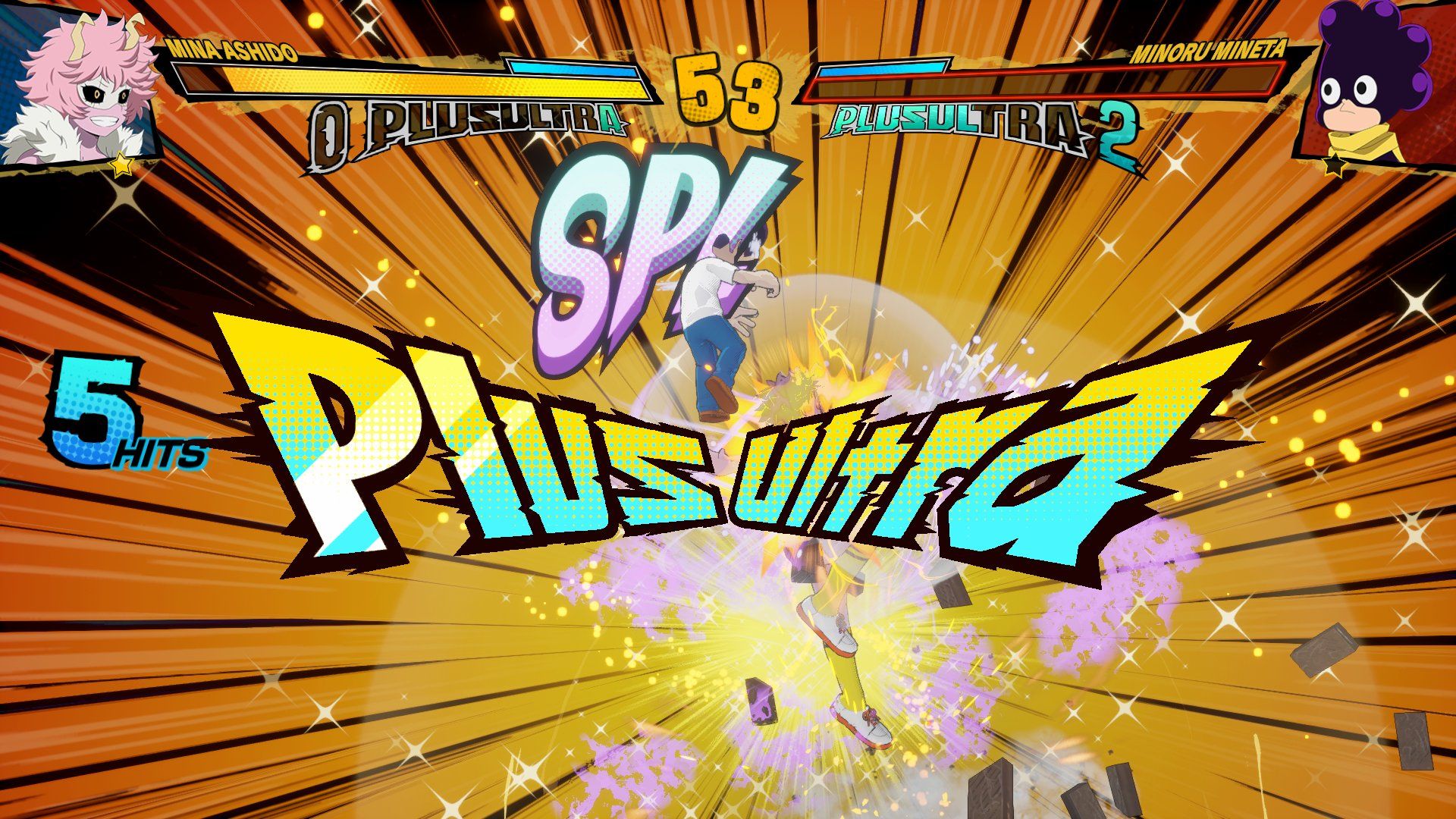 The fights themselves are also not too difficult. As someone who’s not too skilled in arena fighters, I was surprised at my ability to get through the majority of the storyline simply by mashing buttons in random order. but more experienced players will likely grow tired of the ease of the game, especially with nearly 100 different story fights to go through.

As another media of storytelling, players new to the My Hero Academia franchise will probably be able to keep up with the majority of the plot in One’s Justice 2, as the first few story chapters summarize early and critical parts of Deku’s storyline with a smooth transition to the Provisional Licensing exam preparations. But why would you want to watch My Hero Academia as a two-dimensional still comic book – with an occasional random fight to break things up – when you could either stream the anime or read the manga, both of which are far superior to the game.

Is this “Plus Ultra”? 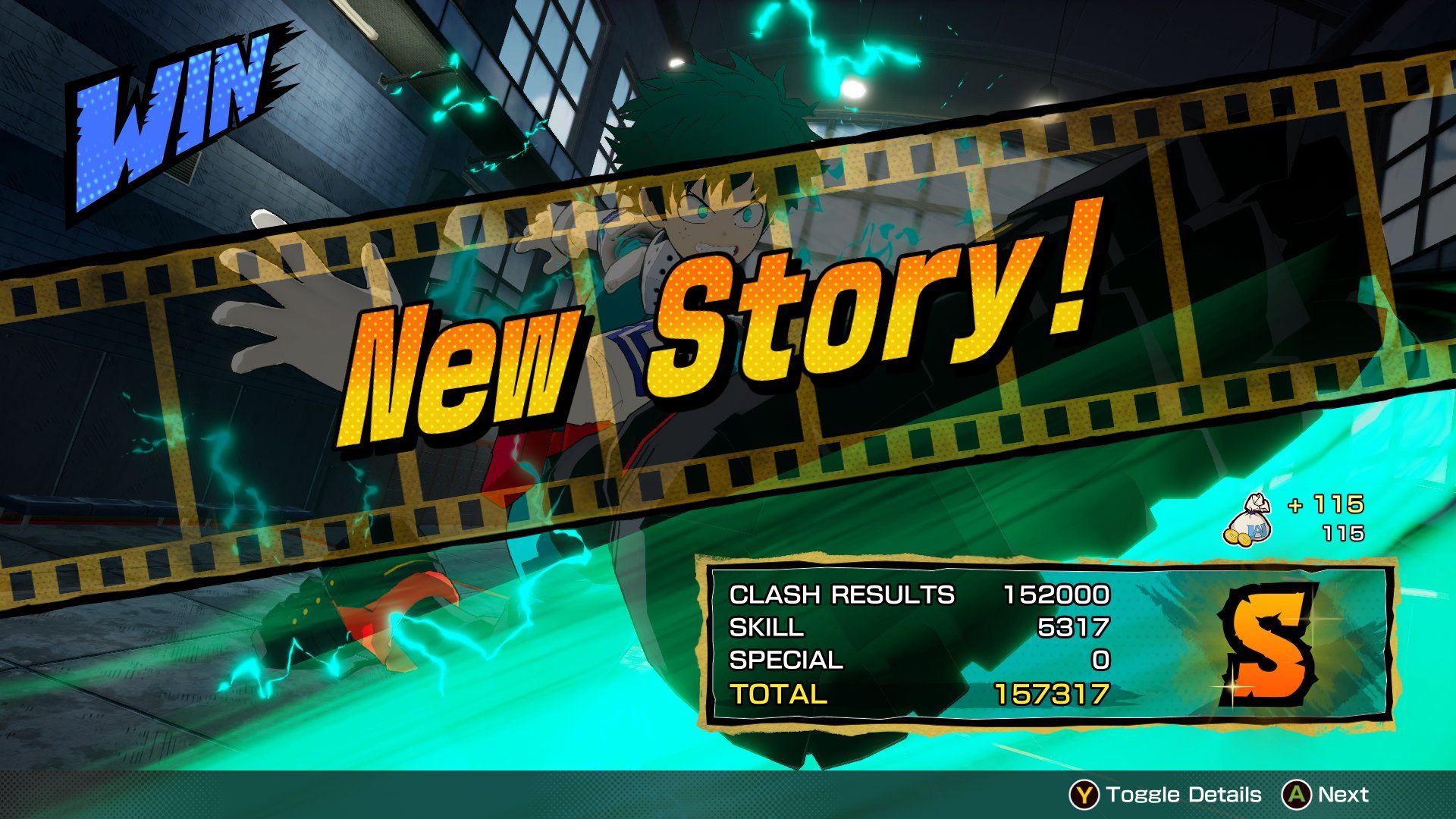 U.A. High’s official motto is “Go Beyond! Plus Ultra!”, a phrase that essentially means heroes should strive to be everything the world expects them to be, and more. While My Hero One’s Justice 2 definitely “went beyond” the foundation My Hero One’s Justice laid down two years ago, the developers certainly still have a ways to go before they figure out a video game formula that can be classified as “plus ultra!”