If you’re familiar with Pryce from Pokemon Gold & Silver, you probably remember him as the feeble old man who oversaw the annoying gym in Mahogany Town that was full of sliding puzzles. As Gen 2’s token elderly gym leader, Pryce may not seem particularly memorable. There’s a good chance you waltzed in, kicked the geezer’s cane out from under him, and shouted something like “Sayanora gramps!” while doing a sick burnout on your bike. Disrespecting Pryce might earn you some cool points on the playground, but looking back, I wish I’d paid more attention to the lessons he had to offer. Pryce may look frail, but don’t be fooled – Icy Prycey is the baddest mofo in Johto, and it’s not even close.

Pryce is an Ice-type trainer known as the Teacher of Winter’s Harshness, and he takes this title quite seriously. Pryce spent more than 50 years learning to train Pokemon, as well as his mind and body. You may think it’s strange for a career trainer like Pryce to only ascend to Gym Leader status after all those years, but Pryce was never in it for fame and glory. Self-improvement and mastery over himself are his only ambitions. Pryce doesn’t care if you think he’s old and weak because he’s self-actualized in a way very few of us ever manage to achieve.

Pryce is misunderstood even by his own gym trainers. One trainer you encounter on your way through Mahogany Gym reveals that Pryce hikes up the mountain every morning to meditate under an ice-cold waterfall. He believes this is the secret source of his power, but there’s nothing supernatural about this ritual – that’s just the kind of disciplined, badass guy Pryce is. 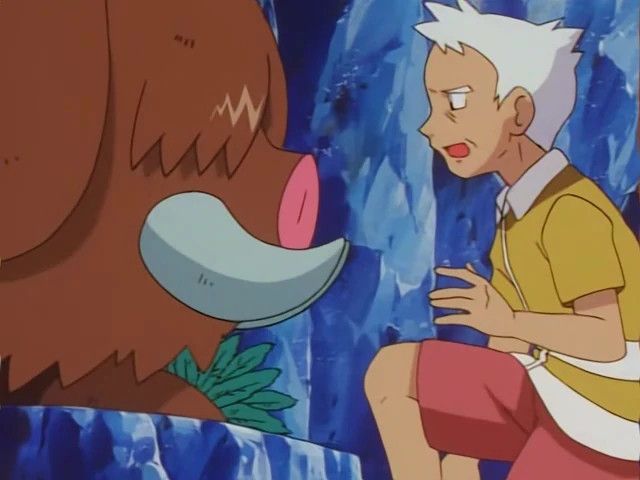 You have to prove yourself to Pryce in a number of ways before you can challenge him for the Glacier Badge. The doors to the gym are blocked until you defeat Team Rocket at their headquarters and calm the red Gyrados at the Lake of Rage. These are not trivial tasks. You cannot even speak to Pryce until you shut down the criminal organization causing problems in the town and demonstrate your command over one of the most powerful Pokemon in the region. Only then are you worthy of entering Mahogany Gym. Once you’ve proven your strength and willpower, you then have to prove your ability to problem solve by navigating through the slippery gym’s ice-covered room. The fight against Pryce is rather trivial once you get to him, but you’ve already shown him the strength of your mind, body, and spirit – that was the real challenge all along.

If I could do it all over again, I would have stayed in Mahogany Town and trained with Pryce as his apprentice. The snowboard goons he surrounds himself with aren’t worthy of doing Pryce’s laundry, but I would be a perfect pupil. I want to meditate under frozen waterfalls with him and learn everything he has to teach about being a Pokemon trainer. That experience would have been so much more valuable than rushing off to Blackthorn City and then the Elite Four. Pryce could rule the Pokemon world if he wanted to, but he doesn’t. That’s someone any trainer could learn a lot from.