A Hot Coffee mod for Red Dead Redemption 2 recently surfaced online, which essentially allows players to sleep with some female characters in the game. Long time fans of Rockstar Games have seen a Hot Coffee mod before though, and when it was first discovered within 2004’s Grand Theft Auto: San Andreas, it made a much bigger splash.

GTA San Andreas‘ Hot Coffee mod originally wasn’t a mod at all. Rockstar had first planned to include a sex mini-game within San Andreas, which would be unlocked after reaching a specific relationship level with your in-game girlfriend. She would then ask you inside for a cup of coffee before the game, which is where the mod’s name came from.

After realizing that including a sexual mini-game would probably hurt the game’s marketability and prevent it from receiving an “M” rating from the ESRB, the Hot Coffee mini game was removed before release. Then, in 2005, the game was eventually discovered by dataminers within San Andreas on PC. 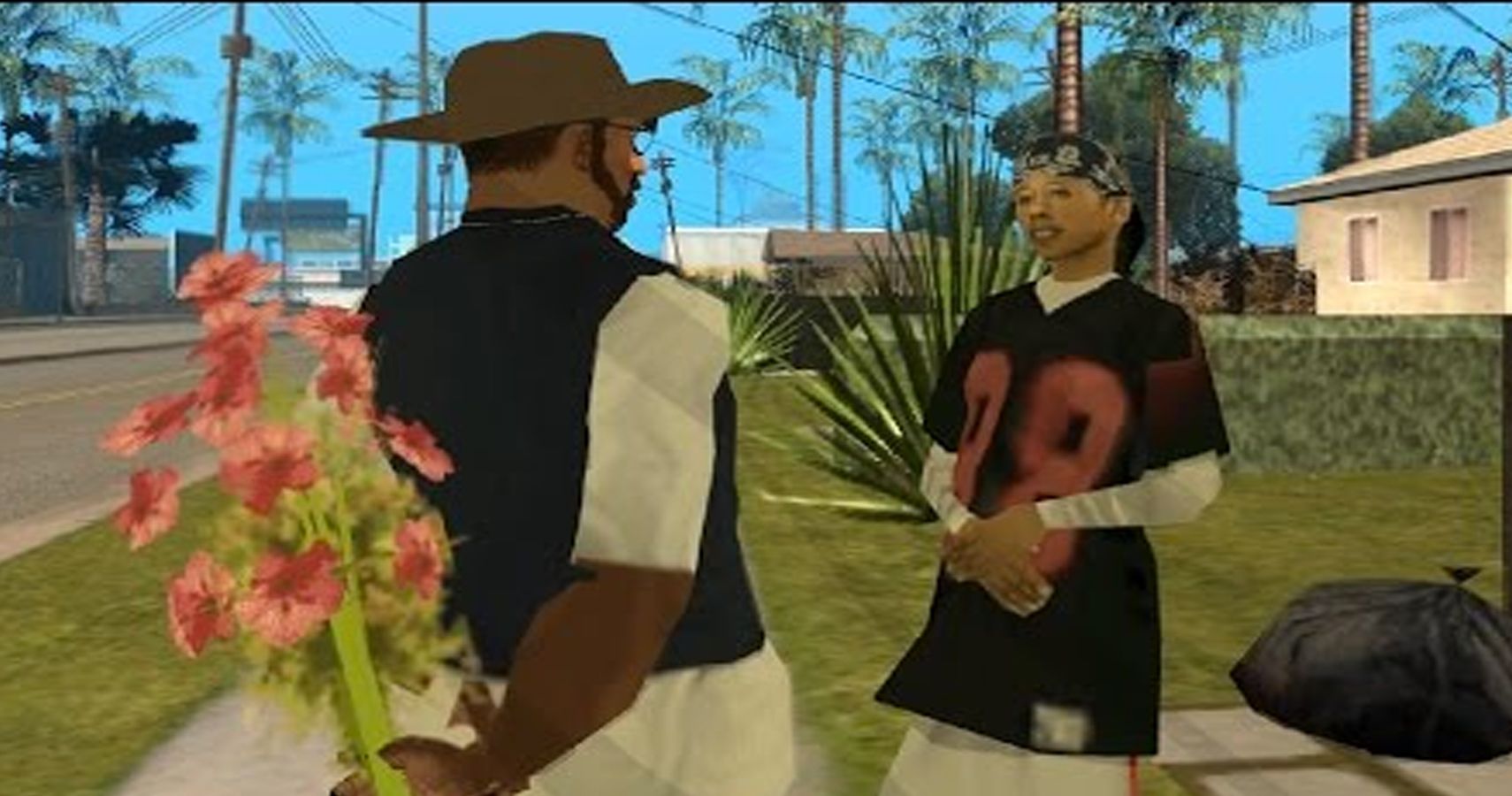 The controversy didn’t truly explode, though, until players discovered that assets for the mini-game were also present on the Xbox and PS2 versions of the game. Then, some people found ways to enable the mini-game through console hacks, and chaos soon followed.

Various members of the public erupted over San Andreas‘ mini-game, arguing that sexual intercourse does not fall in the lines of what constitutes an “M” rated game. Many argued that  the game gave people access to interactive pornography, and should receive a rating that reflects such content.

Due to the new rating, Grand Theft Auto San Andreas had been removed from shelves across Australia. Rockstar had no choice but to remove the Hot Coffee assets and rerelease the game to earn back its “M” rating. Following the move, original copies of San Andreas became a pop culture collectible and are still worth a decent amount of money today.

Flash forward to 2020, where we live in a world of mass amounts of user created content and mods, where players can essentially alter games in any way they want. Of course, Red Dead 2’s mod wasn’t created by Rockstar itself, but it’s clear that the societal landscape has shifted and that the new Hot Coffee mod won’t result in Red Dead 2 receiving a new rating or being banned in other countries.