I watched last weekend’s Vow of the Disciple race alongside millions of Destiny 2 fans, in awe as team after team reached the final encounter and got kicked into next year by Rhulk, Disciple of the Witness. Rhulk is unlike anything we’ve ever seen in Destiny before, both in terms of the mechanics of the encounter and the lore surrounding this character. Vow of the Disciple may not be your favorite raid of all time, but it would be hard to argue that Rhulk hasn’t raised the bar and set a new standard for what a raid boss can be.

Vow of the Disciple tells the story of Rhulk, a hitherto unknown character who was apparently a major player in the Destiny universe going all the way back to the beginning of known history. Rhulk’s existence is somewhat of a retcon to the lore, but he is so well-developed throughout the raid and the supplementary material that it’s easy to ignore the fact that such a supposedly important character suddenly exists seemingly from out of nowhere. Rhulk fits so well into the world of Destiny while expanding our understanding of the major forces at play in the universe: namely, the Witness, the Worm Gods, and Savathun. The story of the raid ties into the overarching narrative better than Destiny raids typically do, which is something I already appreciate about The Witch Queen expansion. Vow of the Disciple serves to make the storyline even stronger.

Most people are far more interested in shooting guns than studying lore, understandably, and Rhulk delivers just as much on the gameplay, if not more so. Every raid has a raid boss, and they all sort of work the same way. The team has to work together to solve a puzzle that will make the boss vulnerable, AKA the damage phase, then group up and put as much hurt into them as possible until time runs out. Typically, you repeat that process three times, or until the boss is dead. The boss usually stands in the middle of the arena or off in the distance waiting for the damage phase to happen, then stands still while your team unleashes hell. 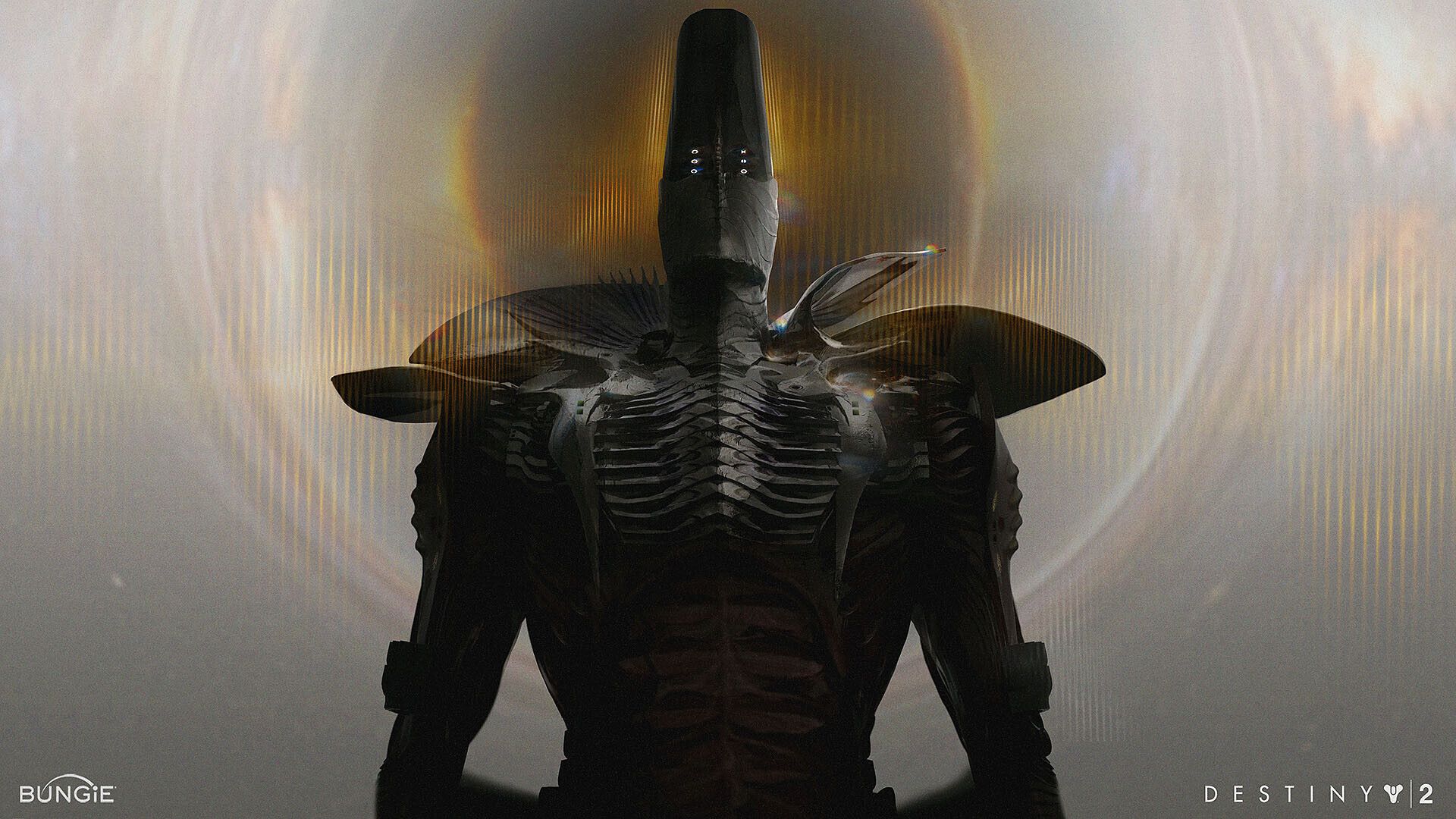 Rhulk doesn’t do this. There’s still a puzzle to solve that initiates the damage phase, but once it starts, Rhulk keeps fighting you the entire time. Like some kind of Kingdom Hearts boss, Rhulk dashes around the arena, unleashes bursts of energy, and kicks anyone that gets too close to him. By fighting back, Rhulk breaks the raid boss mold and changes the entire dynamic of what we’ve always known a final encounter to be.

When a damage phase begins in a typical raid boss fight, everyone groups up and uses specific abilities proven to dole out the most damage. Warlocks lay down a Well of Radiance, Titans activate Ward of Dawn, and Hunters fire off their Celestial Nighthawk Golden Gun shots. There’s always a bit of variation depending on the encounter, but you can pretty much always count on at least half of your team using these exact abilities in every boss fight, everytime.

Rhulk kicks the entire meta out of the window, literally. There’s no use laying down bubbles or wells in this fight because the team doesn’t need to group up in one place to deal damage. In fact, it would quickly lead to a bunch of dead guardians if you tried. Rhulk forces everyone to keep moving around the arena and react quickly to incoming attacks. It challenges you to execute weapon rotations that so many of us have mastered while standing still, only now we have to do them while running and jumping for our lives.

We’re already seeing a new meta develop that’s so much more open to different strategies and compositions, and it’s almost certainly going to change raid mechanics forever. It’s hard to imagine going back to the old damage phase mechanics – even though this raid has one of those in the Caretaker encounter – now that we’ve experienced the thrill and challenge of a more active boss fight. Rhulk has more personality than the likes of the Taniks, The Sanctified Mind, or even Riven because he’s so animated and aggressive on the battlefield. The positive reception for Rhulk has been practically unanimous among players because he’s a much-needed evolution to the raid boss formula. Rhulk is the kind of fight that’s so good it makes other bosses – even ones I love – look bad by comparison. If this is the kind of encounter we can look forward to, Destiny raids are only going to get better and better.