Does having the ability to build a barn and fill it with sheep, cows, and flying fish make a game great? Not necessarily, but it’s definitely a highlight. Ten years since the triumph that was Rune Factory 4, the prospect of a new game to sink hundreds of hours into is compelling.

The gameplay loop in Rune Factory 5 is pretty simple, but that’s to the game’s credit. You have a farm to manage, which involves buying seeds, planting and watering crops, and ensuring that your soil is healthy. It’s the standard fare when it comes to farming sims, but Rune Factory has perfected it. Outside of the farming, there’s a pretty extensive world to explore. The town of Rigbarth is full of neighbours to get to know, there are tons of items to craft, and three vast areas full of monsters and dungeons to explore. You will always have something to do.

There’s a pretty basic storyline, too. The player character wakes up in a forest one day and is immediately thrust into a battle to save a young girl. And yes, the player character has amnesia – that old chestnut. You’re quickly recruited into an organisation called SEED, staffed by rangers who deal with everything from monster outbreaks to the food supply – hence the justification for handing you a farm right off the bat. 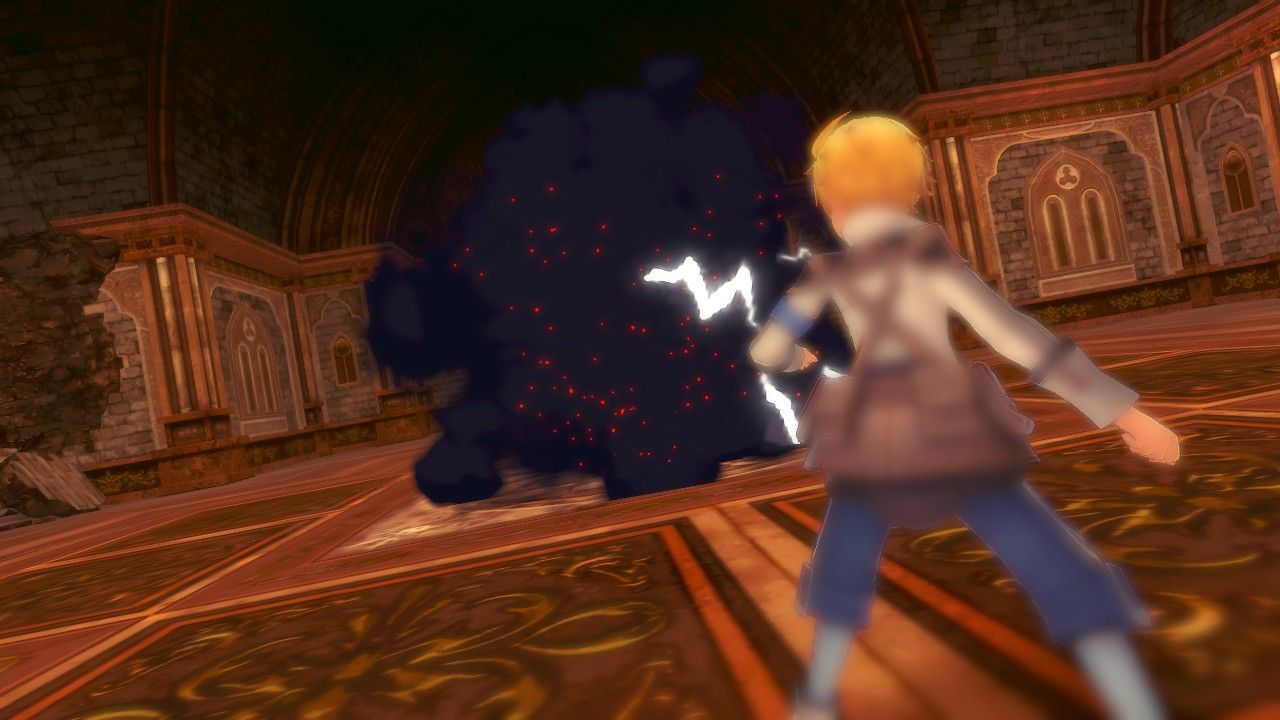 The narrative moves along at a pretty leisurely pace, gradually unlocking new dungeons to take on and bosses to fight as you hit particular plot beats. The stakes never feel incredibly high, and that’s a positive – you don’t play Rune Factory for intense stories full of intrigue; you play it for the farm simulation, the characters, and the grinding.

The combat, and therefore a large part of the grinding, has thankfully been streamlined in this entry. It plays like any other basic third-person action game, with a range of weapons to try using and spells to learn. The old favourites from the previous game remain just as powerful in this one, so veterans will feel right at home, and it’s easy to pick up for the newbies.

This entry expands on combat by adding features such as a list of Wanted Monsters that you must capture, and you do this with the SEED Ring, a new feature that allows you to temporarily recruit monsters to your party. However, both of these features feel a little underdeveloped. There are only 15 Wanted Monsters in the game, and the SEED Ring feels underpowered compared to simply beating enemies up.

An aspect of the series that has been dramatically improved upon in this entry is monster taming. The actual taming process feels more exciting in a 3D environment, and the monsters themselves seem to be more useful in combat. Add the ability to ride two to a monster, and you have plenty of reasons to go all-in on taming. What could be more thrilling than a Buffamoo ride through the Phoros Woodlands with your beau? Ah, romance. 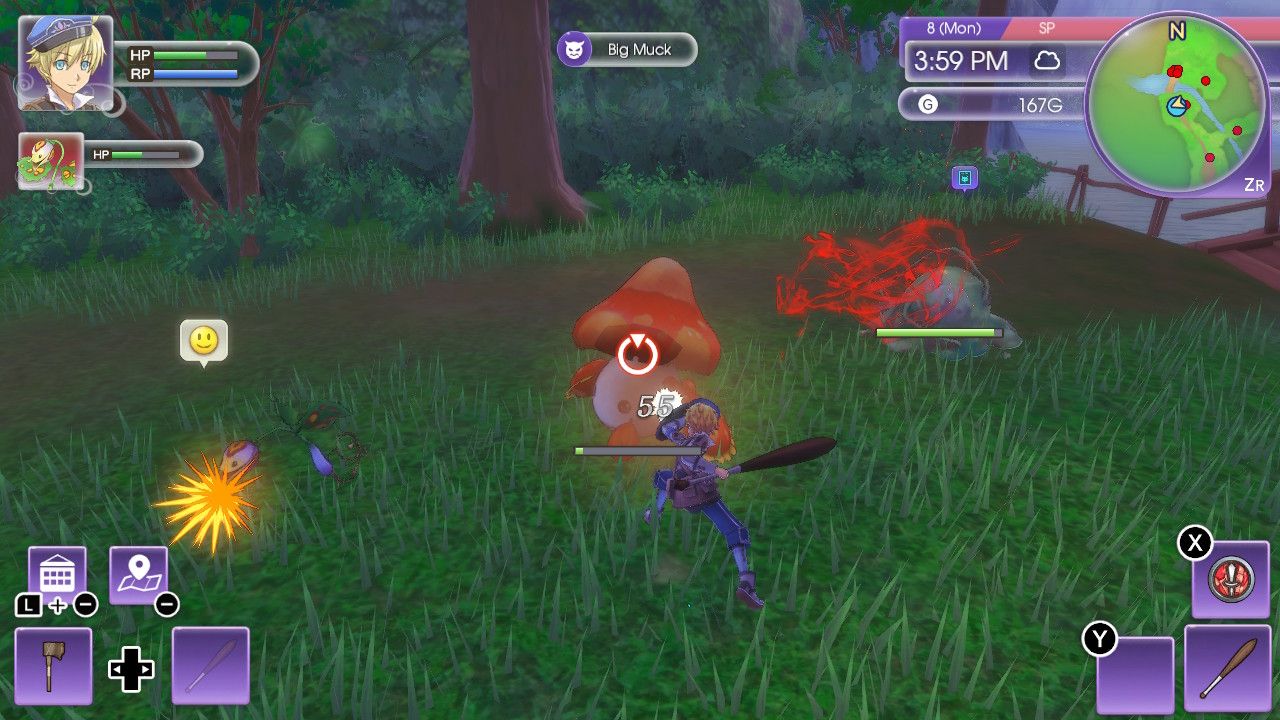 One of the main draws of a Rune Factory game is its cast of characters, and this is a place where the game almost exclusively shines. The game has 12 singletons that you might wish to romance and a supporting cast of quirky characters who don’t feel too shoehorned into their respective anime tropes. Rigbarth feels alive, and it’s a joy to explore the town, talking to passers-by as you head to the shops for some seeds or the inn for a dip in the sauna. This is an aspect of life simulation that the game has done exceptionally well.

One outlier is Fuuka, a romanceable were-animal (which means she has a fox-like tail and big ears) who cannot speak normally – she communicates primarily with barks and howls. It feels very out-of-place, especially considering that everyone seems to understand her anyway and her dialogue is translated for you in parentheses. This is a minor gripe, though – especially as all that matters is Reinhard and how dreamy he is and how quickly I can marry him. 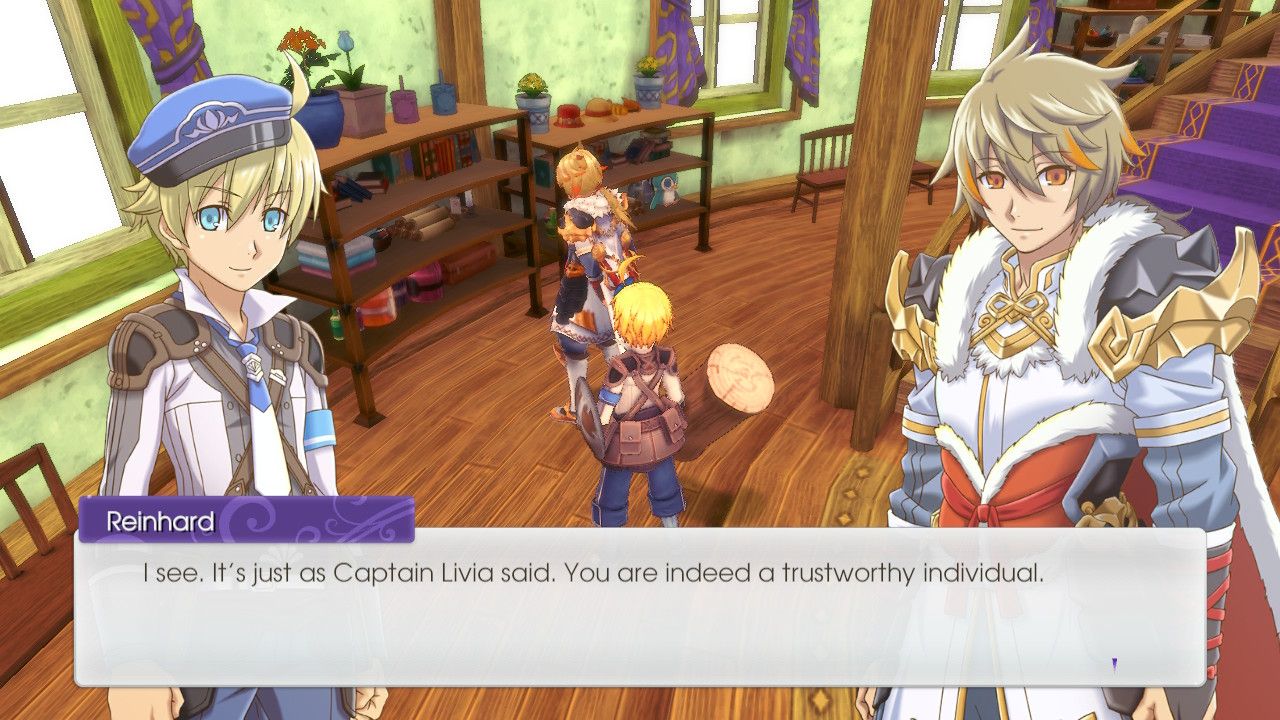 All that said, the first thing that really enticed me about Rune Factory 5 is that it’s the first game in the series to accommodate its LGBT+ players in the romance department. I’m a big fan of Rune Factory 4, but that game's friendship and romance system fell flat. This game managed to relight that spark of interest and kept it fanned with fun interactions, humorous events, and the promise of a real endgame.

That’s not to say the game is without its faults. The transition to 3D has been particularly impactful on how the game runs. There are short loading times, but the first seconds of every new area loaded are marred with frame drops and texture pop-ins. It feels like your character is walking through molasses, and there’s nothing more jarring than walking outside and seeing a completely empty field that should be full of radishes and pumpkins, only for the crops to show up after a few seconds of loading.

While they never feel more than a little frustrating, there are some control issues present in the game. Not being able to lock onto enemies unless you’re very close to them is a big flaw when dealing with large, open spaces, and placing furniture is even more imprecise than in the last game. Fishing is another activity I have some gripes with – it’s incredibly slow, and the unpredictable movement of the fish themselves makes it an experience worse than Animal Crossing and Dark Cloud’s fishing systems put together.

When comparing it to its predecessors, the game feels like a sorely needed update. Yes, it treads old ground, with the same crops, monsters, items, and mechanics to deal with, but you can’t really mess with a winning formula, and the game has plenty of worthwhile additions of its own. To sum it up, playing Rune Factory 5 is a compelling, joyous experience that its fans will devour heartily as if it were a plate full of Supreme Curry.

Score: 3.5/5. A Nintendo Switch code was provided by the publisher for this review.