I recently reinstalled the Mass Effect trilogy on my Xbox Series X because apparently I am completely incapable of waiting another three months for the remasters to launch. Between that and putting together over two dozen articles for our Mass Effect week earlier this month, I’ve been thinking a lot about BioWare’s iconic series – particularly the first game, which I reckon is criminally underappreciated.

I’ve already written about the first Mass Effect a couple of times over the last while. I noted my apprehension towards the new version of Eden Prime, which looks radically different to how it appeared in the original game, and lamented the loss of awkward silences in elevator conversations. I think it’s high time I counteracted those critiques with something a bit more positive – namely, that I cannot wait to see Saren again, because I think he’s the best villain in the entire Mass Effect series.

For those acquainted with him, Saren Arterius is a rogue Spectre – a kind of special agent who works directly for the Council without adherence to any structural code or restrictions. He’s also the secondary antagonist of the first game, and is arguably far more compelling than the primary one. This is because Saren is one of the most nuanced and three-dimensional characters in all of Mass Effect, both in terms of his own individual personality and how it relates to the overarching themes of the series. I firmly believe that Saren’s appearance in the first game is absolutely crucial for the most prominent narrative beats in the entire trilogy to land with their full gravitas later on.

Saren is feared and revered all across the galaxy for his status as an exceptionally talented but unflinchingly ruthless Spectre. He’s almost a villain before the narrative even paints him as one. While it’s tempting to compare someone who operates outside of the law to an anti-hero like The Punisher, Frank Castle doesn’t have a complete disregard for innocent lives and doles out his own justice without putting civilians at risk. Saren, even while acting on behalf of what is ostensibly the “good” side, wouldn’t hesitate to kill 100 innocents if it meant getting the job done five minutes quicker. He’s best for the Council and best for the people, right up until he comes for the Council and comes for the people. I think the best way of summing up this uniquely dualistic identity is by considering Saren’s two rules: a) never kill anyone without a reason, and b) you can always find a reason to kill someone.

And so we can see that Saren is tolerated as a sort of pseudo-villain long before he is ever indoctrinated. As the Council’s most effective agent, the vicious rumors about his unorthodox methods are ignored by his employers as they’re simultaneously assimilated into mythology. This creates the perfect narrative potential for a villain of this caliber: he can openly be seen at a crime scene – even with testimony from a witness who sees him committing the crime in question – because he doesn’t need a reason to be somewhere, and his word will always prevail over someone else’s. The Council recognizes that his modus operandi is “the ends justify the means,” and because he always gets results, it’s convenient to ignore the means.

This background is a perfect fit for Saren’s insatiable hunger for power, which is in turn informed by his hatred of humanity. When he first learns of Sovereign, the Reaper vanguard designated with opening the mass relay to dark space, Saren wants to build an army to prevent humanity’s rapid growth and potential ascension to the Council. Obviously this doesn’t pan out the way he intended, with Sovereign gradually exerting more influence over him via indoctrination. But Saren is a special case for several reasons.

The most obvious of these is that Sovereign needs Saren, which means he can’t fully convert him into a husk. The Prothean Beacon, a cipher with a message left by an ancient civilization of organics who had been wiped out by the Reapers, is incomprehensible for cybernetic beings. If Sovereign fully indoctrinates Saren, it locks itself off from finding the Conduit, which is necessary for opening the relay and allowing the long-dormant Reaper fleet to invade the Milky Way. This is why Saren is only partially indoctrinated, and also why his hatred for humanity slightly subsists after Eden Prime. His cause shifts from preventing the growth of humanity to proving the worth of organic life to the Reapers, who he believes should be worshipped in exchange for permission to continue the cycle – a thought fostered by Sovereign.

But Saren isn’t stupid. Throughout the game, he becomes more sceptical of his actions while also recognizing the necessity of doubling down on them. He knows that he has been indoctrinated, and even opens up an entire research facility on Virmire to investigate the phenomenon. At the same time, he is unable to cease his work with Sovereign. After Tali obtains a recording of him admitting to having killed Nihlus Kryik – his friend and former student – Saren goes completely rogue and even starts experimenting with Rachni and krogan. It’s worth noting that almost every facet of Saren’s story comes back in a prominent way later in Mass Effect 2 or 3.

For example, Saren’s investment in the geth offers us essential preliminary insight into the introduction of Legion in Mass Effect 2. While the geth are enemies for the entire first game, we are specifically taught about Sovereign’s influence in order to open us up to the idea that geth are not inherently amoral. This is compounded by the fact that Tali has her own reservations when it comes to the geth, but that tension exists before she even says anything because the tension between organics and AI is present in the character of Saren himself, a turian Spectre turned cybernetic via indoctrination.

Then there’s the fact that Saren finds a partial cure for the genophage – something that doesn’t happen in earnest until the third game. This is one of the biggest decisions of the entire trilogy – do you allow the krogan to breed again, or sabotage them based on a stereotype that labels them as innately warmongering? Saren pays no heed to either of these possibilities, purely using the cure for his own personal gain – or, more accurately, the Reapers’ personal gain. It offers us a far more complex look at the matter at hand than I’ve ever seen anyone talk about. You have to kill a lot of krogan in Mass Effect, which is complicated with Wrex on your team. At one point, during elevator dialogue, Wrex actually says that anybody who fights you is stupid or on Saren’s payroll – doing the latter “is business,” while the former is a favour to the universe.” 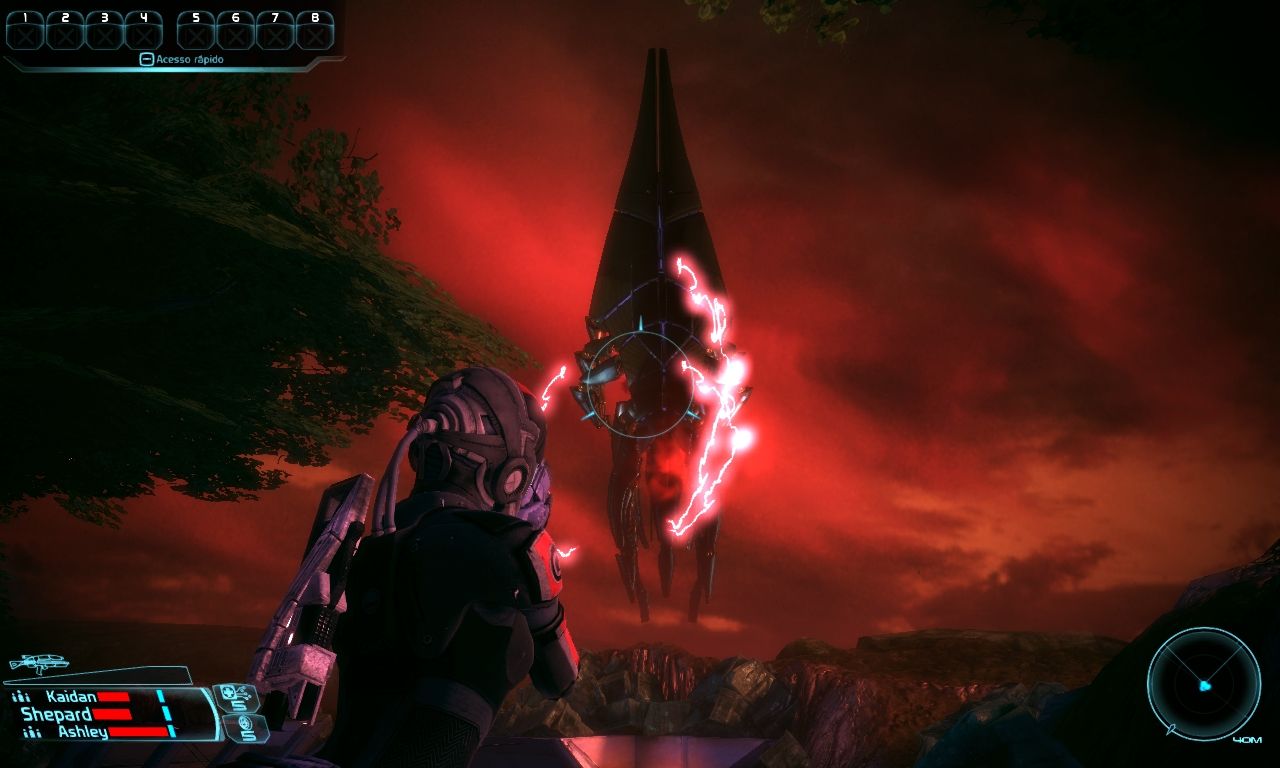 But yeah, you see the effects of a small but powerful krogan army. At the same time, you recognize the immense gravity of having to kill another Citadel species – it’s a reminder of the krogans’ strength while also serving as an indicator of how war is inherently awful on both sides. I think Saren’s krogan breeding facility is at least as interesting as Okeer’s in Mass Effect 2, and plays a huge role in determining your view on the genophage by the time the final game comes around. His decision to use Rachni also feeds into whether or not you recruit the Rachni Queen in Mass Effect 3, especially given how absent the supposedly extinct species is from the rest of the trilogy.

Most of all, though, Saren foreshadows what’s ultimately at the core of Mass Effect: the integration of organics and AI. On one hand, you have the Reaper War itself, an immense battle against an ancient army of sentient starships hellbent on destroying every spacefaring species in the galaxy. On the other, Mass Effect 2 introduces EDI, an AI reappropriated from parts of Sovereign to act on behalf of the organics. Saren, acknowledging his fusion with Sovereign, states that he now possesses “the strengths of both, the weaknesses of neither.” While the former is certainly true, the latter is not – Saren is an exemplary case of the extraordinary power wrought from combining AI with organics, but he is also hindered by his belief in the concept that the two are inherently disparate from one another.

With high enough Paragon, you can convince Saren to end his fusion with Sovereign on his own terms, at which point he will say, “Goodbye Shepard, thank you.” This causes the turian in him to prevail, but it’s also the best way of highlighting the connection between Saren and Sovereign. Saren, having gone far beyond what was acceptable, prevents himself from opening the relay and sentencing his people to death. Sovereign, however, takes over Saren’s body, searing his organic flesh until nothing but cybernetics remain. It uses Saren’s corpse as a vehicle, completely indifferent to what has occurred. Ultimately, it’s a subtle but effective way of communicating that as long as organics and AI consider themselves to be at odds with one another, there will be war. On the other hand, Shepard’s choice to offer Saren a means of redemption on his own terms is an acknowledgement of the AI/organic hybrid for what it is. All of this comes full circle in Mass Effect 3, with AI/organic relationships coming to the forefront of the game’s thematic makeup – I think Tali’s trial for covert geth research is an excellent way of exploring this.

I’ve seen a lot of people label Saren as a “cool” character. I get it – he’s a turian, a species that has become beloved in the Mass Effect community, and he’s edgy in a way that probably made all of us feel very clever in our teens. But there’s so much more to Saren to that. More so than anyone else in the series, his internal conflict is at all times consciously realized but subconsciously irreversible. His actions and experiences form the framework for future games more so than even Shepard’s do.

Most of all, though – and this is the real kicker: Mass Effect ends with Shepard having fought Sovereign in Saren’s body, which allows Alliance ships to destroy Sovereign’s main dreadnought while its shields momentarily come down. Despite the victory, the precursor for Mass Effect 2 is the lingering idea that, despite his status as the antagonist, and despite his evident indoctrination, Saren is the only one who was right, at least partially – the Reapers are coming, and all of the experiences you’ve been through in the first game will be essential when they finally do.

Next: Xbox Game Pass Is The Best Thing That Ever Happened To Gaming 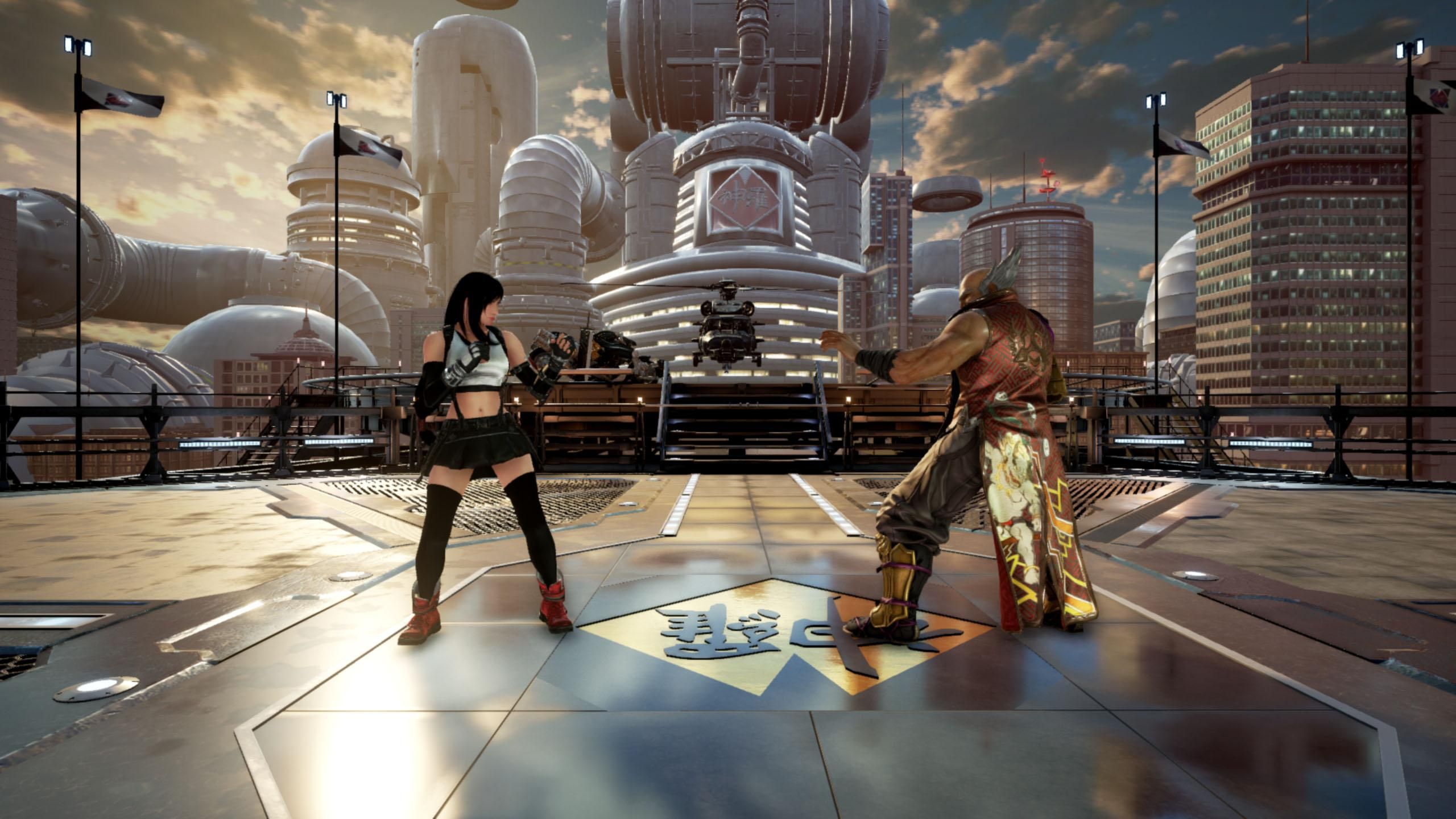