My journey into the grueling and cynical world of Dark Souls started with a teenage mishap. I’d watched a YouTuber play Darksiders 2 and it looked like a fun time, a hack-and-slash RPG that would be relatively easy to get into. So, I bought Dark Souls 2 after forgetting what Darksiders was called and and soon discovered a game that was significantly less easy to get into. What ensued was ten years of adoration for a series that initially handcuffed me to a scalding hot radiator while repeatedly kicking me in the crotch.

For whatever reason, that masochistic pain was a reel. I couldn’t stop playing, going as far as to dive back into the first game in the series, which made that burning sensation and repeated flurry of foot-jabs feel like a soothing massage. Then I went one step further, touching upon Demon’s Souls, and again, everything slotted into a new perspective. Like the other FromSoftware games I’d ventured through, Demon’s Souls is tough, although there’s one part of the game that’s uncharacteristically easy: the Old Monk. This ancient abbot is supposed to summon other players to act as the boss, but when I fought him, the servers were all but dead.

An AI rendition of a PvP fighter spawned as I approached him, although it wasn’t quite capable of curving my repertoire of backstabs, leading to a quick duel where he would succumb to the power of cheese. It was akin to parrying Gwyn over and over, toppling a final boss in a manner so easy that it felt a bit disrespectful. Cue the remake of Demon’s Souls with its revitalized online community and I could finally enjoy battling the Old Monk as he was intended to be fought. Now, there’s a player being summoned to invade my world, assuming the original, primary role of this iconic boss fight, sporting their own stretched-out health bar for me to poke at. 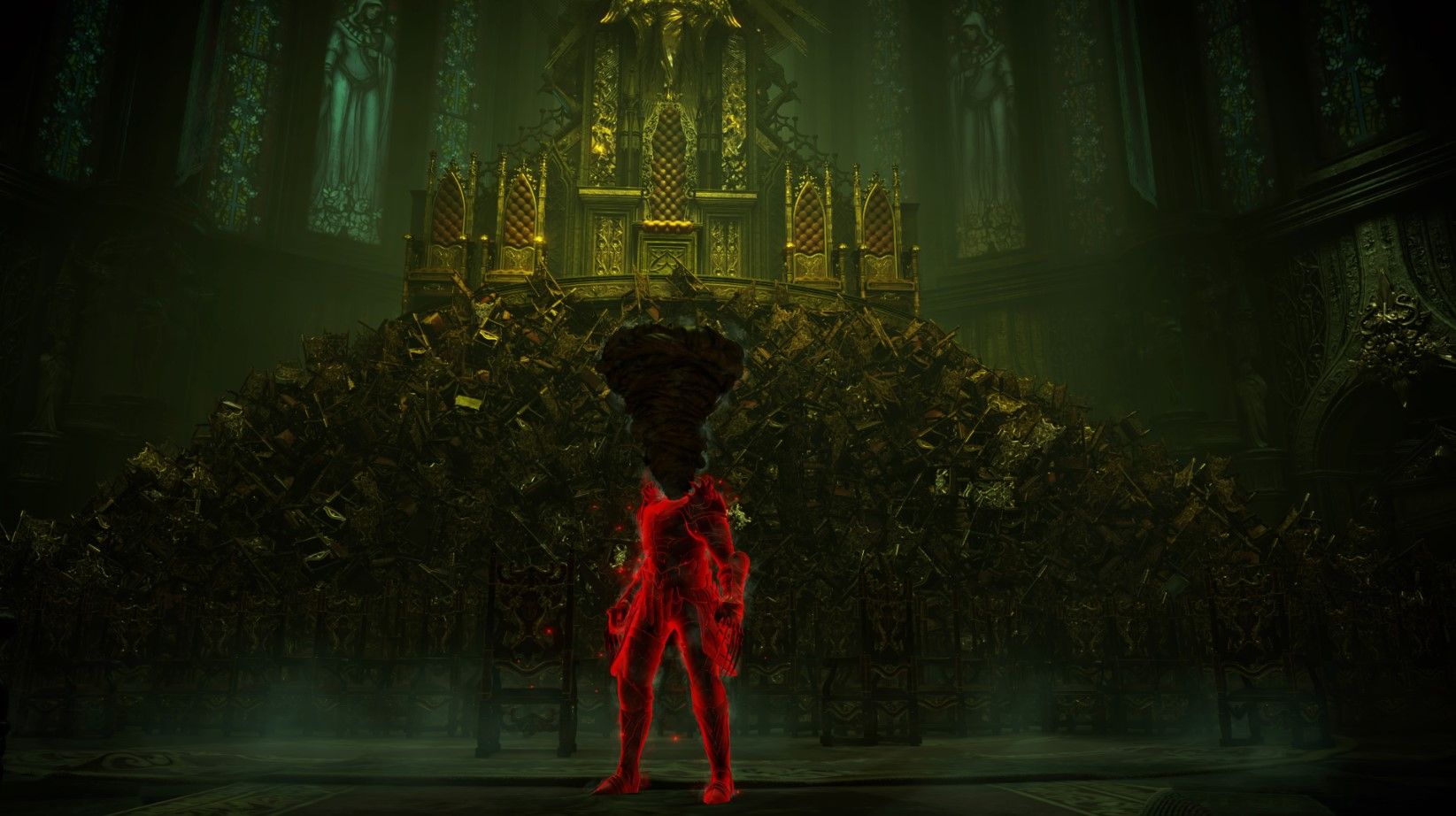 Granted, I never had an issue with them either. Each fight was as easy as the actual Old Monk of old, but no longer was I cheesing an NPC that didn’t know jack about PvP. Now, I was outplaying other players, which has so much more reward value. The Old Monk was never a boss with an intricate moveset or arsenal, never a boss that had a towering presence that felt distinct from other enemies. They were always a cheap rendition of PvP akin to fighting one of those faux invasions in the other games, not quite deserving of that arena, throne, or health bar. The path up the stairs to reach them was always the trouble, never the actual culmination of that trek.

Being able to actually reach the top and have that anxiety of being pitted against someone capable, an actual fighter that would destroy me, made it all the more tantalizing. While I have yet to die in this fight as the instigator, the other half of it was where the fun came in, and that’s invading others. Some fell to me, some defeated me, and some were so close that we killed each other at the exact same moment, our swings simultaneously chipping away that final slither of health. I could sit for hours just invading in that one spot, being summoned as the boss, all to fight another player and drench my world tendency black.

Souls is a wonderful series filled to the brim with derelict and abyssal constructions, horrifying foes enriched by body horror and Lovecraftian fears, and an intricate combat system that’s infamous for its difficulty but beloved by players for its reward when you master it. Yet, what always kept me coming back was its online component. From helping others through their own journeys to invading people to put a dent in their momentum, it’s always been the best part of the series for me. That too bled into the Old Monk, as sometimes I’d be brought into an arena to see two heroes trying to complete their journey, only to disappoint a duo of wannabe-victors. Maybe there’s something a little twisted in enjoying that, but how many games let you be the boss itself, stepping out of your own game into somebody else’s just to stop them from progressing? It’s a bit cruel, but it’s a unique way of incentivizing gaining mastery over some of the most notorious combat controls in video games. And now, thanks to the fact that the Demon’s Souls remake has officially repopulated the long deserted servers of FromSoftware’s beloved Souls debut, people all over the world can finally experience the malice and malevolence of the magnificent Old Monk.