Todd Howard recently said Starfield would have not one, but two “step out into the world” moments. Woah, that’s like, double the amount Fallout 3, 4, and Skyrim have. Although most of the video was full of buzzwords made to spool up the PR machine for the upcoming sci-fi RPG, I couldn’t help but fondly remember my favourite “step out” moment: When you exit Vault 101 in Fallout 3, blinded by the harsh nuclear winter sun. It’s a monumental moment in open world game design that Bethesda has tried and failed to replicate a few times since.

I first played Fallout 3 when I’d just turned into a teenager. I was mesmerised by the sheer amount on offer on one disc. That’s because the game didn’t just thrust me right into a huge world and wish me luck. That can still be fun, but it also runs the risk of being overwhelming. Instead, Fallout 3 takes its time to introduce you to your character, the person you’ll be spending your entire playthrough with. It also sets up anticipation of the moment through a visual motif pulled through your character’s childhood.

You start out by being born – actually being born. You hear the squelch and everything – a harsh white light burns your infant eyes as your first breaths usher in your mother’s last. You play through your first steps as a baby in the vault, left alone by your single dad, with only faint memories of your mum remaining. Next, it’s your tenth birthday, where a surprise in the Vault cafeteria threatens to sizzle your corneas yet again. Then, you’re 16 and your doctor father shines a medical torch into your eyes to prevent you bunking off a test. Finally, at 19, Amata flicks on the lights of your bedroom, waking you up from the blissful darkness to tell you everything’s gone to shit and you need to get the hell out. 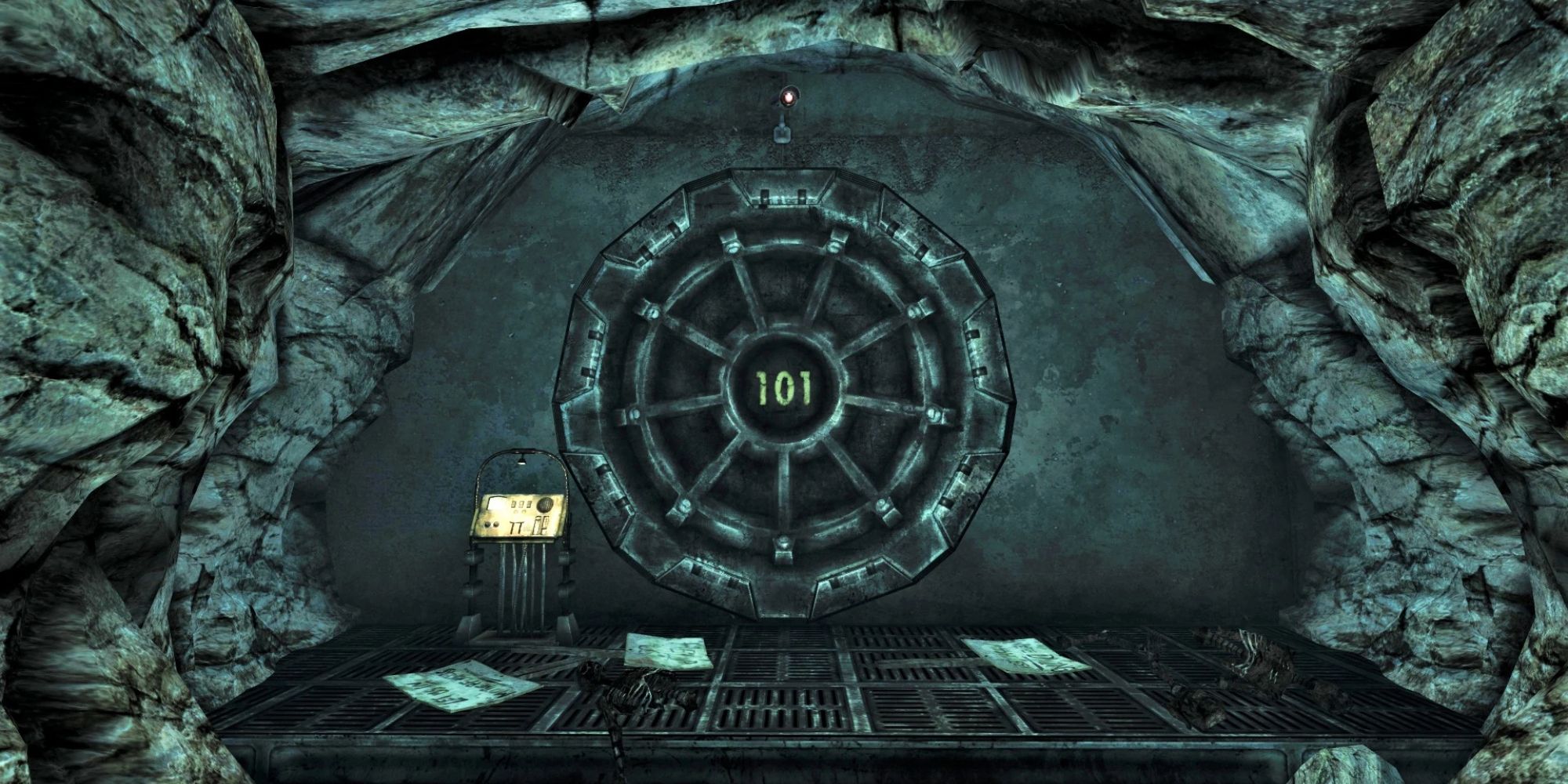 All of these pivotal moments in your character’s life are punctuated by a single visual motif: Light. Something that is meant to be illuminating becomes blinding. Each stage of your development underground is punctuated by pain, misery, and bullying. Light stops being a signifier of hope and instead comes to lay bare all that is wrong with the world. It makes me long to stay underground, avoiding the brightness above that will surely reveal only more wretched things.

This is all done in the first hour or so of gameplay. That each of these life stages occurs in separate sections of the vault also helps it to feel large, despite the narrow hallways and low ceilings. The story feels intimate, personal, and acts as the perfect canvas for you to build your character from. There’s enough detail for a backstory, but not so much that you feel like you’re playing a predetermined character. You choose your reaction to every event, so it is, ultimately, still up to you who you wish to be.

As you’ve just read, I became afraid of the light because it just brought more internal pain and darkness. So, when it was finally time to flee from the vault, a place that felt large already, and into the near-limitless world above, I was terrified at the thought of what horrors might be revealed. 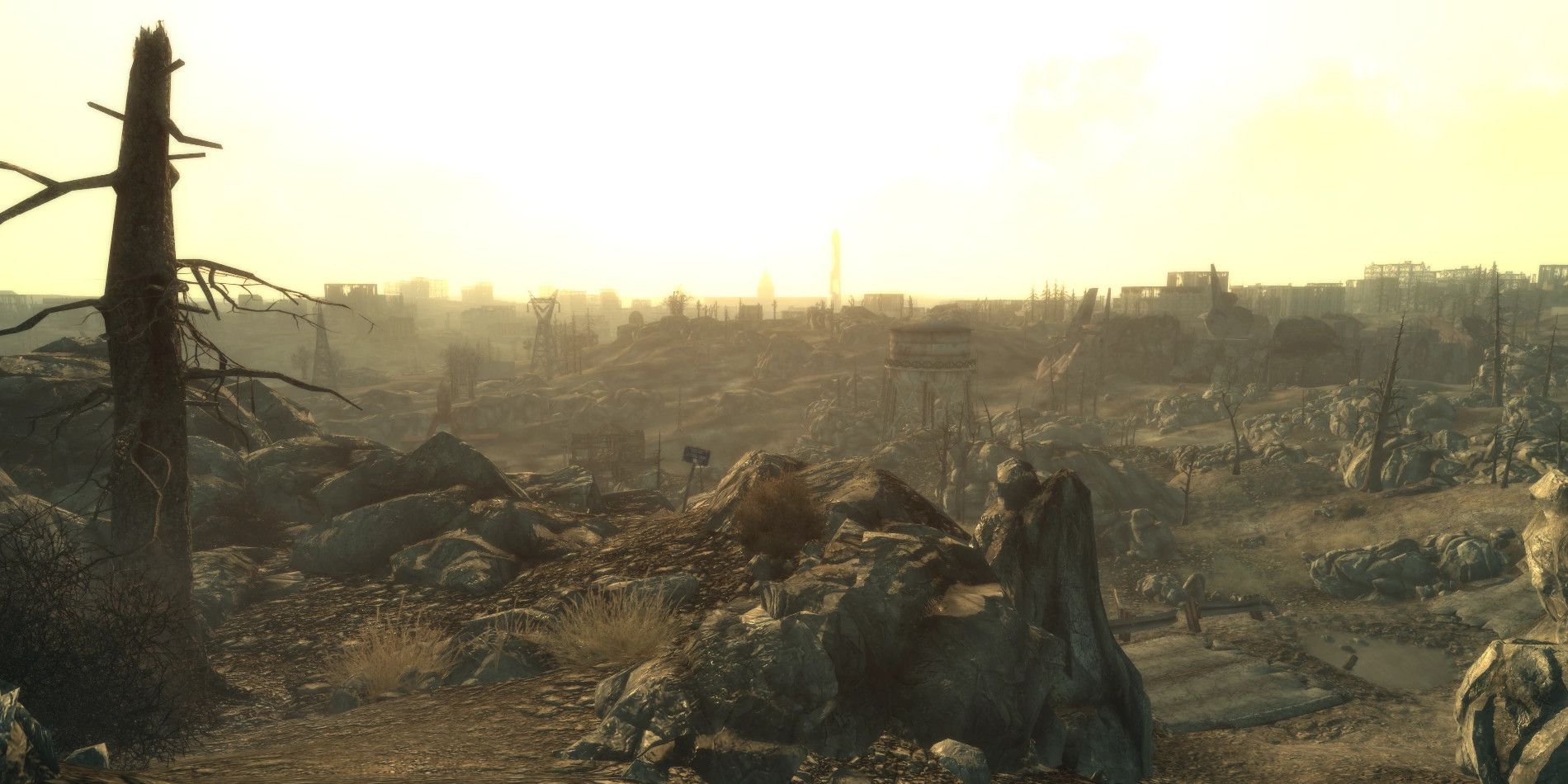 When I stepped out of the vault and was yet again blinded by a piercing light, I knew this was another pivotal moment in my character’s life. It’s such a simple detail, yet it feels so real. Someone who had lived underground their entire life would be stunned by the brightness of the sun – even one dulled by a nuclear haze.

By allowing me the time to develop a reaction to this motif, and threading it through my character’s life so masterfully, I’ll never forget my reaction to looking out over the Capital Wasteland for the first time. I was in awe. All that fear washed away in an instant. I was eager to find my dad, answers to why he’d left me, and I was desperate to explore. If the vault felt big, then the Wasteland felt astronomical. I just kept thinking, ‘How is this all on one disc? How on Earth is this real?’

It’s a moment where I need to breathe to shake off the tension from the chase through the Vault, but I can’t because my heart leaps into my chest the second I hear the door behind me grind to a close and see the light shimmer through the slats in the crude wooden outer entrance. As the blurred landscape comes into focus, that’s the moment I let go of all the tension the game has built. 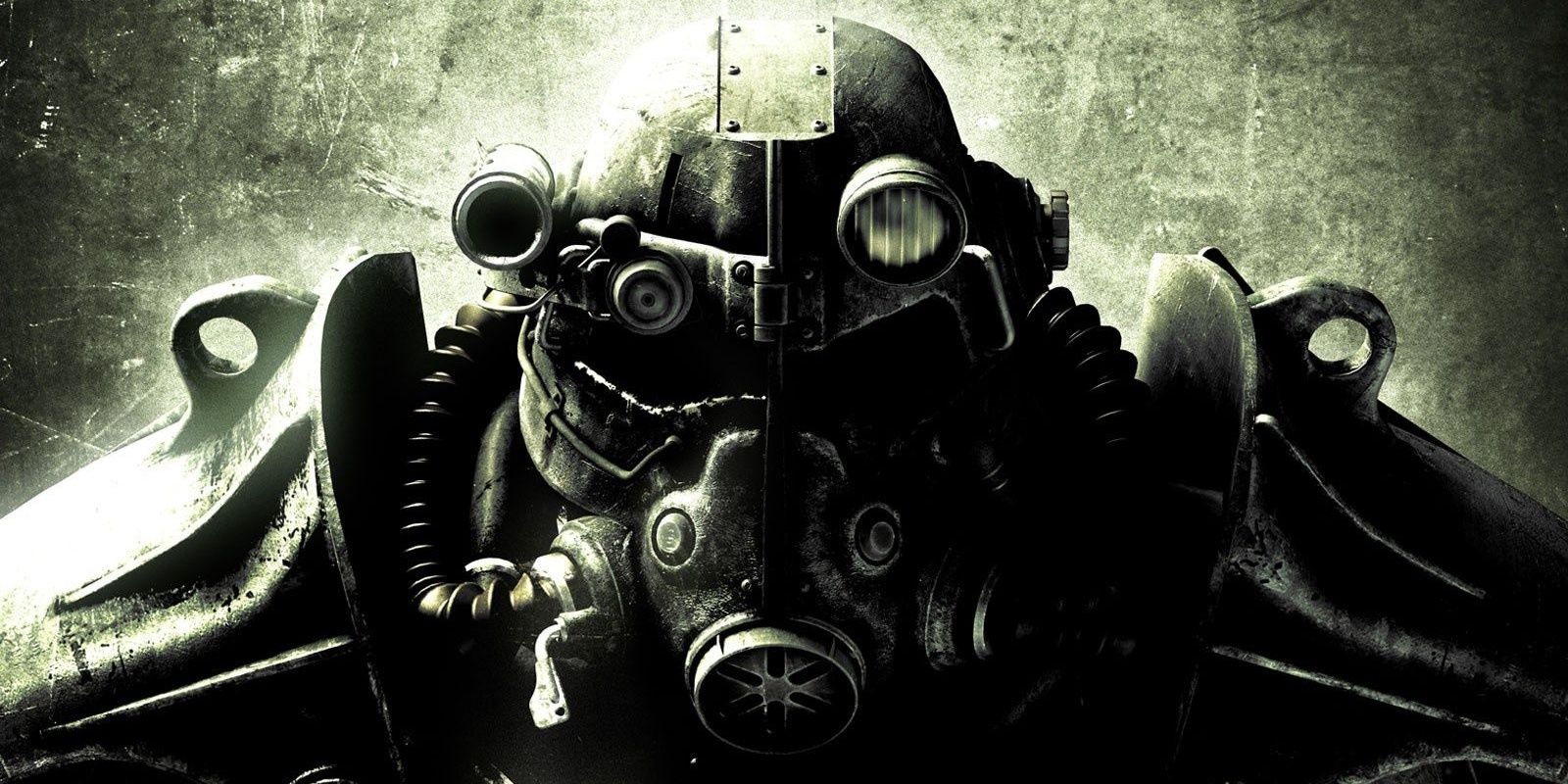 Skyrim’s intro is iconic in its own right, but countless memes and playthroughs later it simply doesn’t hold up. The “stepping out” moment comes as you exit the cave leading out of Helgen, and while it’s a nice view, it doesn’t create the same level of apprehension that Fallout 3 manages to achieve. The breathing moment occurs in Helgen keep, after escaping the fire-breathing Alduin. It’s also entirely possible to miss the payoff of him flying overhead once you leave the cave.

Similarly, Fallout 4’s introductory segment fails to achieve what its predecessor does. Catching a glimpse of the world before the bombs dropped presented a fantastic opportunity that Bethesda completely missed. Had I been given the chance to explore Sanctuary pre-apocalypse, the return 200 years later would have had much more impact. Instead, I have to run through the town and into the nearby Vault without being able to take much in. Even if you try and have a gander, an invisible timer activates the nuke and you simply fail the game by being blasted into oblivion – not the game.

Even today, dozens of playthroughs later, I always take the time to enjoy the full Vault introduction sequence of Fallout 3 rather than loading up the autosave just before I step out into the world or installing an alternate start mod. I love the opportunity to decide how my character is shaped by their troubled upbringing. Will they respond to bullies with wit or violence? Will they join in and pick on the weak, or will they defend them and become a true paragon of the Wastes? Or will they fall somewhere in the middle, cynical with no real moral compass? Anything is possible once my eyes adjust and I see that ruined horizon stretch out before me. I don’t care how many “step out” moments Starfield has, I just hope one manages to live up to that one.