Before you even consider getting this game, you need to ask yourself two questions. Are you a reasonably successful streamer or Youtuber with an audience that loves watching you fly into a rage? Or, do you have three other friends who love to play dumb, physics-based comedy games?

If you answered yes to either question, then perhaps this is a title worth your time and money. But you should probably stay away if you don’t fall into one of those two categories. Totally Reliable Delivery Service is yet another “hi-larious” game with super wacky physics, but if you’re not going to be raking in donations from your Twitch channel, then there’s very little reason to play it. 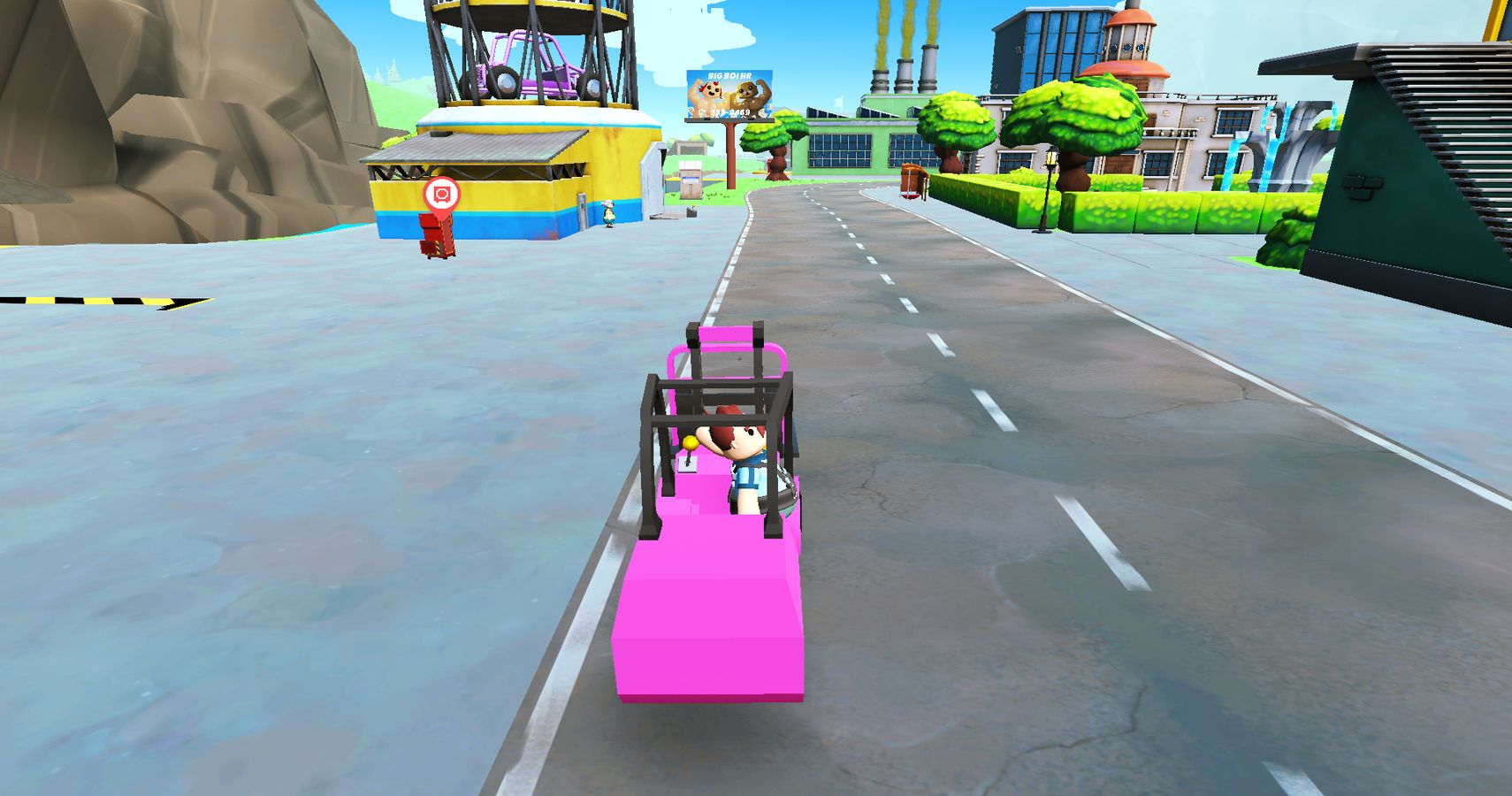 Totally Reliable Delivery Service has you playing as a chubby little moving man or woman with floppy limbs and a terrible sense of balance. You grab onto various parcels and boxes and drag them to their destinations. You’ll make deliveries to a bunch of crazy locales, like a beach that’s seemingly controlled by an angry, giant crab, or the top of a blimp. So, get ready to run, drive, fly, and inevitably crash and burn in your career as a delivery person.

If you’ve played Goat Simulator or Human Fall Flat, then you should have a pretty good idea of what this game has to offer. It features simplistic graphics and goofy characters who wobble about as they struggle to stay upright. You use the left and right triggers to control both arms and pick up deliveries with your avatar’s disturbingly sticky, stubby hands. Every worker controls like a sentient garbage bag filled with jello that’s being pulled backward by some unseen force of gravity. As you might suspect, the mere act of simply holding a box is a herculean challenge that will test your patience and lead to you shouting at your character as they fail to perform even the simplest of motor functions.

Each map has a number of deliveries to be made and they occasionally require different delivery methods. Some boxes can be handed over by moving your chubby little character over to the objective marker and dropping it into the receptacle. Often, you’ll have to bring the package over bodies of water or to a high vantage point that will necessitate the use of various aircraft. And if you thought walking was hard enough, try using your character’s nubby appendages to pilot a helicopter. It’s a nightmare. Complete the deliveries and you’ll be rewarded with cosmetics to make your character look even dumber or dumpier than they did before. 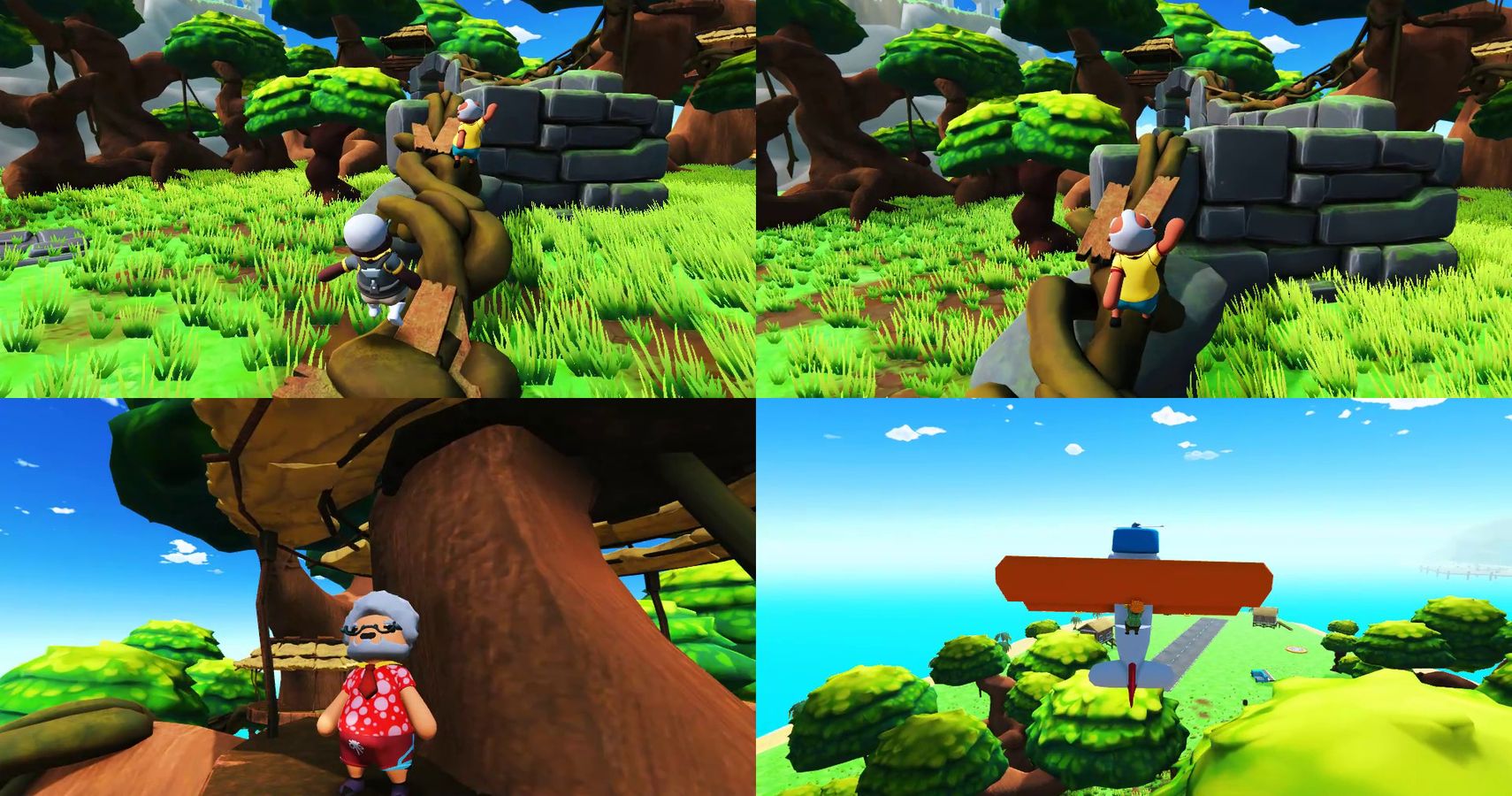 The key selling point of Totally Reliable Delivery Service is probably the fact that it can be played as a four-player co-op game. You can team up with your friends in local or online modes and run around the map making deliveries and crashing planes into the ocean. Playing this with other people will likely make it a more palatable experience, as watching your buddies fall off of buildings or get hit by forklifts is always going to be a good time. Picking up packages and driving vehicles is also presumably made easier with another person there to help. Although, considering every character’s utter lack of physical prowess, having two to four people on a job might possibly just make things more complicated.

Beyond that feature, it’s difficult to figure out what exactly makes Totally Reliable Delivery Service stand out when compared to other physics-based comedy games. This is a title that’s been built for the purposes of gut-busting hijinks, but it’s not really all that funny. The levels aren’t that zany and there’s not even that many horrible things that can happen to your hapless delivery driver. They can fall or drown, but that just means they get some cartoony stars spinning around their head before they’re up and at it again. There’s a couple of silly vehicles to control and trying to operate them with other people may be alright for a few fleeting laughs. After playing the game for a while, I just found myself feeling bored rather than amused by my character’s antics.

I will say that there’s some surprisingly catchy music that made the experience more enjoyable. The soundtrack has some impressive tunes that alternate between being laid back and chill to swelling to a crescendo out of nowhere. It’s a shame there aren’t more songs in the game as the musician behind them did a pretty admirable job of keeping me playing this for a little longer based on the score alone. 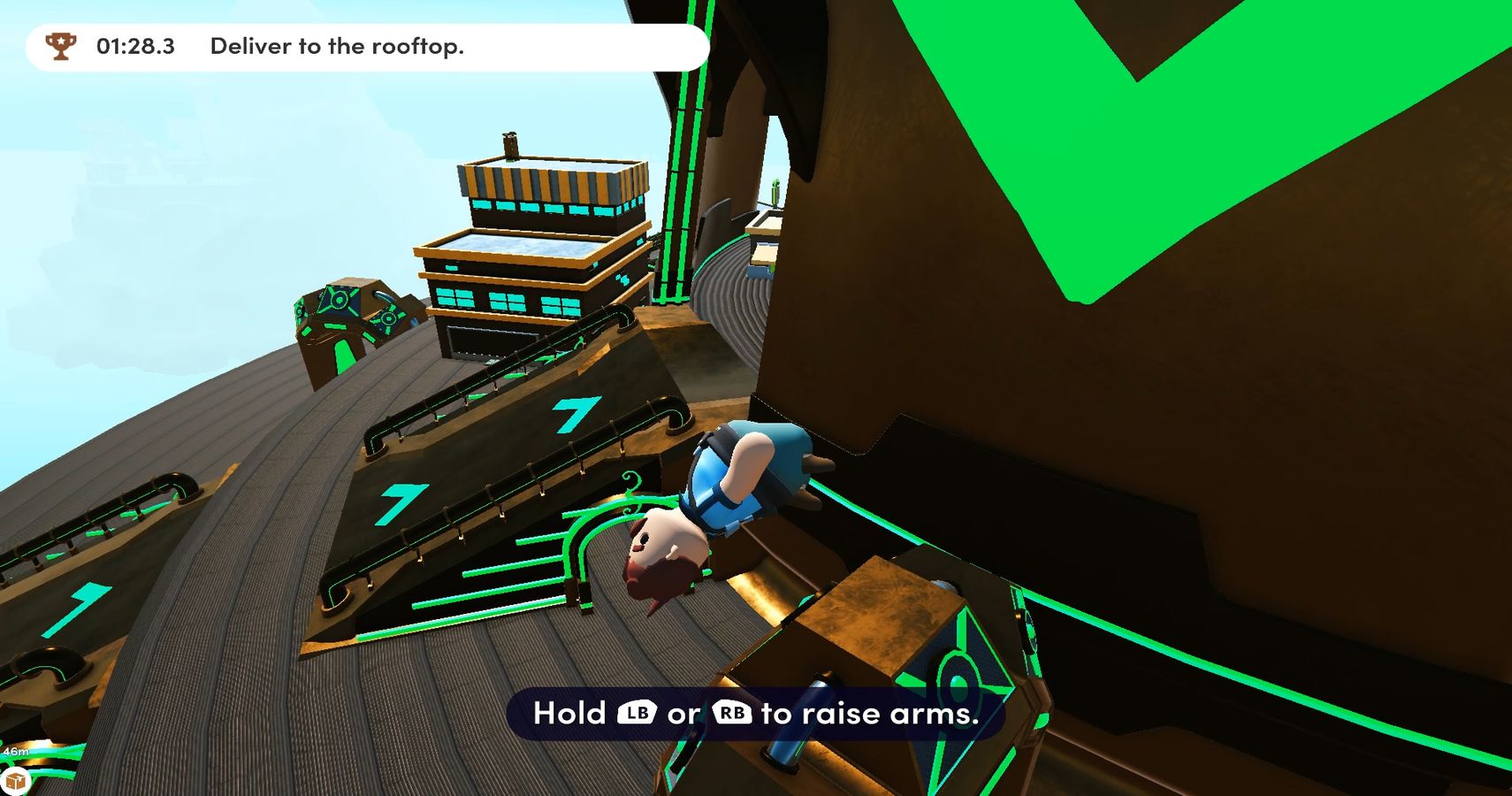 Goofing around with the various cars and planes while struggling to make deliveries could be better with your pals along for the ride. But there’s not a lot to do in Totally Reliable Delivery Service. It looks and feels unfinished, with its rudimentary graphics and mission design, and the occasional bug that causes your character to glitch through a wall or get stuck. This just seems like another game that’s tailor-made to be streamed or turned into videos by rainbow-haired content creators. Which is fine, as that content will be enjoyed by their legions of fans. However, for the average gamer, this doesn’t have much to offer aside from frustration and bemusement.

For people looking for a ridiculous game to play with friends for an hour or earn Youtube views with, this may suffice. But even by that small metric, Totally Reliable Delivery Service feels like a completely inadequate video game.