Tower of Babel – No Mercy, from DNA Studios, has released for Nintendo Switch, bringing its goofy characters, hilarious sound effects, and charming gameplay to the portable device. Although the game’s single-player modes offer up fun ways of playing, at its heart, Tower of Babel – No Mercy is a game meant to be played with other players, and is especially appropriate for younger gamers.

If You Build It, They With Come

Tower of Babel – No Mercy is – you guessed it – a tower building game in which players race to build the tallest tower in the least amount of time. Tower sections swing back and forth, requiring players to time their drops accurately to have a stable, vertically stacked tower. Of course, this is easier said than done. As players increase the height of their tower, sections become smaller, adding to the stacking difficulty. 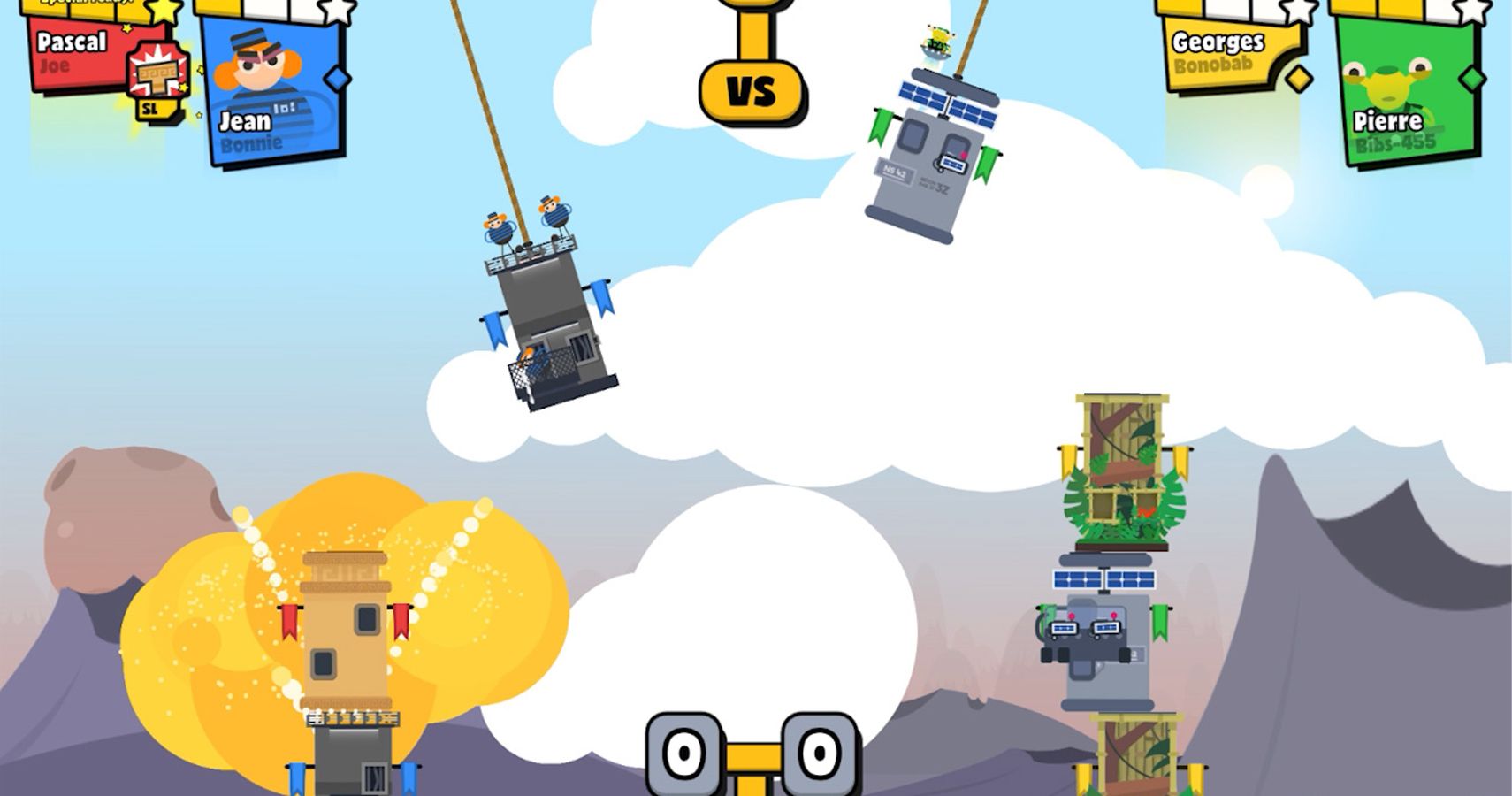 On top of that, the game’s playable characters have specific special abilities – such as making the rope bounce or becoming heavy and messing with the timing of the swing – which can cause stacking to be far more difficult and, ultimately cause the tower to collapse. Throw some wind changes and distracting backgrounds on top of it, and you have a physics-based tower building game that, while seemingly easy, can often be anything but.

Tower of Babel – No Mercy features three modes for up to four players to choose from. Selfish mode, which pits builders against one another in an “every builder for themselves” type of setting; Battle mode, which splits players into two teams to build two separate towers; and Co-op mode, which allows a team to build a single tower together. Most players will likely opt for the Selfish and Battle modes, but the Co-op mode offers up a fun way for families to build together, especially if younger players are in on the action.

Although the interface can get a bit chaotic at times, Tower of Babel – No Mercy is a great party game for younger players, as the overall controls and mechanics are very simple. Players, essentially, need to just press the A-button to drop the tower sections on top of one another. Timing comes into play, but that’s what makes the game fun while being simple hand-eye coordination practice for less experienced players.

Build Me Up, Buttercup 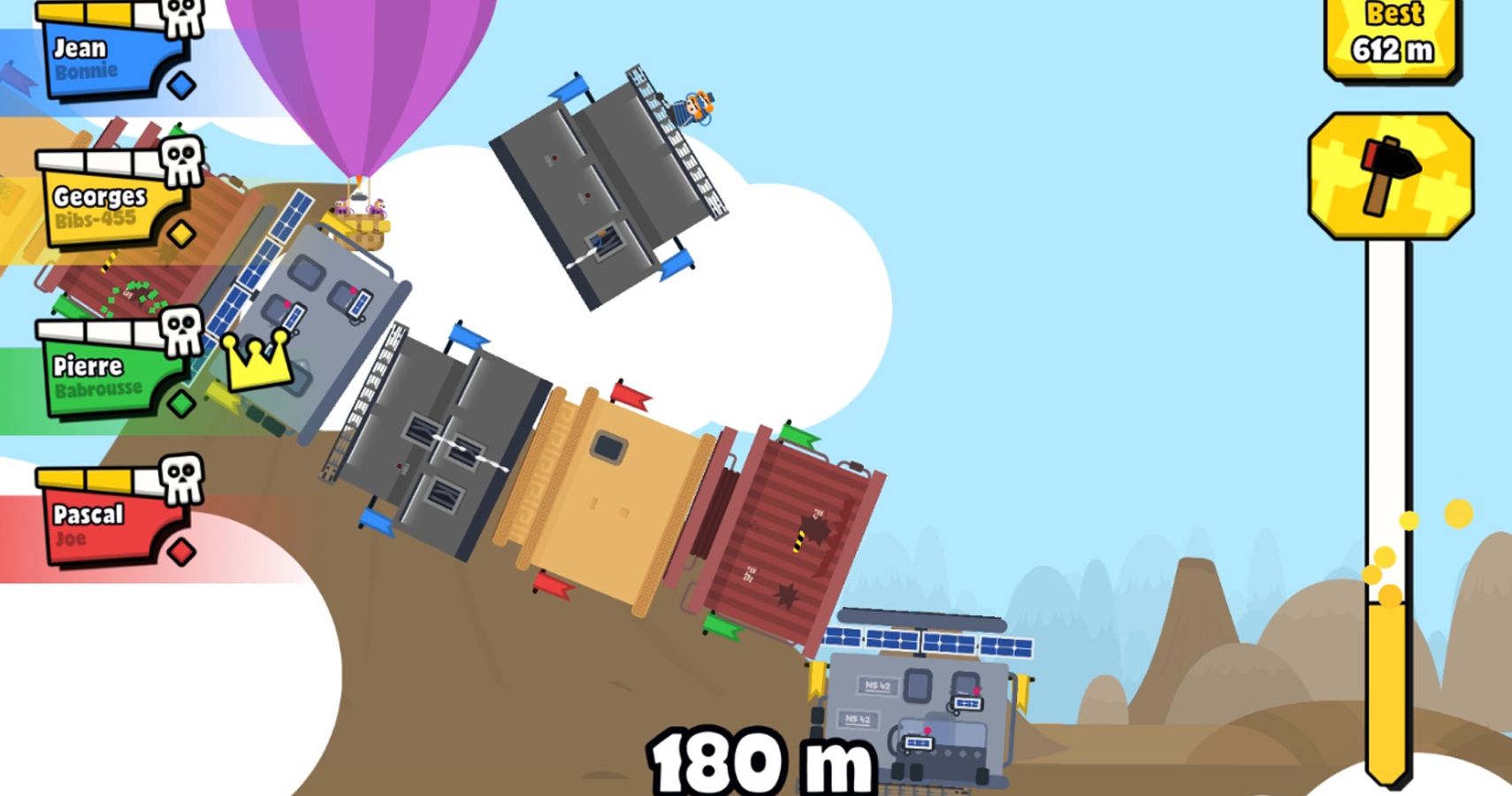 The game’s design also adds to the game’s enjoyment with its goofy, bug-eyed characters and funny sounds effects (like the screaming that takes place when wind blows the characters off of the tower). The music can get a little monotonous, as can the “Woo-hoos” that are shouted when a well-placed tower section is stacked, but this isn’t that big of a deal.

Tower of Babel – No Mercy also features an online mode for single-players wanting to experience the multiplayer action. Unfortunately, I still have yet to have much luck actually playing in an online match. Most of the time, the game sits at a standstill as it searches for an opponent. For the few matches that I actually did get into, all but one were cut short due to the other player leaving or being unavailable. This would likely speak to the number of players actually playing online mode more than anything else, as the matchmaking experience felt fine when it worked.