It’s about time somebody made a proper game based on the Harry Potter universe. Don’t get me wrong, I don’t really care about the franchise anymore, but I know a lot of people who still do. So, when Warner Bros. announced that it was making a game based on J.K. Rowling’s work, the only reaction I could conjure up was, “Meh.”

But then I learned that the game would be called Hogwarts Legacy, and won’t be based on Potter and pals. Instead, this game is set to explore the most interesting thing about the books: The Hogwarts School of Witchcraft and Wizardry. I clearly remember losing interest in the series around Order of the Phoenix, purely because it was missing the mystery and wonder that Hogwarts brought along with it.

So, here’s a game based on the best part of one of the biggest franchises of our time. Now, how can Hogwarts Legacy do what other lore building material like the Fantastic Beasts series couldn’t? Well, I have some ideas.

Hogwarts Legacy is an RPG, and one of the first things you do in an RPG is to choose your character class. Incidentally, one of the first things students do when they arrive at Hogwarts is get told which room they’ll be sleeping in for the next seven years by a grumpy old hat. If you remember the books, Harry whispered to the hat that he wanted to join Gryffindor; if the game gave you such a choice, it would ideally set your base stats. Choosing Gryffindor would earn you a high charisma base, Ravenclaw would lean towards intelligence, Slytherin gives you higher stats in potion brewing, and choosing Hufflepuff would get you… I don’t know… carrying capacity? Or whatever Hufflepuff students are good at.

Apart from spells, potion brewing is probably one of the most important skills a witch or wizard needs to learn. A vast and intricate potion brewing system would not only suit the game, but enhance the open world experience of exploring Hogwarts. Besides providing buffs and resistance, potions would aid you in other ways like gaining access to restricted areas – via invisibility for instance. Or perhaps prevent the Whomping Willow from detecting you.

Now this may sound a bit creepy, but let’s say that ‘Ravenclaw Student’s Hair’ was a collectible item; that could possibly allow you to brew a Polyjuice potion that would morph you into said student and get you access into an otherwise restricted Ravenclaw dorm. That’s right, Hitman: Hogwarts Edition.

But why stop there? Why not make the entire Hogwarts subject offering into an RPG progression system. Pass a Herbology test to gain a perk that enables you to move vines blocking a path, score high in Care of Magical Creatures and it’ll be easier to mount a Hippogriff. There’s a lot to work with here!

I’ve always hated the idea of Quidditch. J.K. Rowling just wanted to involve brooms, and never managed to make an interesting sport around them. As the reveal trailer showed, there will be brooms, and you can be sure that there will be Quidditch. But the game shouldn’t limit you as the only playable character in the field; make it a team game like FIFA or NFL Madden. I’d also like to see a management layer where you can identify and nurture young talent in hopes of them breaking into the first team. Basically, I want Quidditch Manager 2022 way more than a half-baked Quidditch minigame that’s just there for the sake of it.

Hogwarts is a place full of dangerous creatures, environments, and situations. No parent in their right minds should allow their children to go there, magic or no magic. There’s a giant angry three-headed dog in the cellar ffs! Who allowed that? Anyway, the pinnacle of these life threatening situations is the Triwizard Tournament. Young children are put face-to-face with fire-breathing dragons, then have to rescue their best friends from drowning at the bottom of a lake, and are finally forced to make their way out of a maze filled with deadly traps and a Dark Lord or two. If made well, the Triwizard Tournament would make one hell of a major side-quest, and a good source of Galleons too.

Hogwarts Legacy’s announcement trailer and official website constantly harp on about how your choices will define the fate of Hogwarts, the wizarding world, and yourself. If there’s so much at stake, I’d prefer that my choices weren’t only dictated by dialogue options. Movies like Star Wars and the Harry Potter series constantly talk about how tempting the dark side is, but it’s really hard to put that temptation into a video game, let alone make the player feel it.

My suggestion would be to introduce Dark Arts as a skill – powerful spells that would drastically turn the tide in your favour, but are of course banned due to their volatile nature. You then layer it with something akin to the Karma meter from the Infamous series and Avada Kedavra! You now not only have a purview into the “dark path”, but also have to constantly fight off the temptation to use it. Your “Legacy” now depends on which side of the meter you swing towards by the end of the game.

I’m not the biggest Harry Potter Fan, but I do love a good RPG. I can’t deny that there’s tons of source material from the books that could be transmogged into RPG mechanics. I just hope that the developers see that, too.

NEXT: Biomutant Developer Explains It Went Silent For So Long To Avoid Crunch 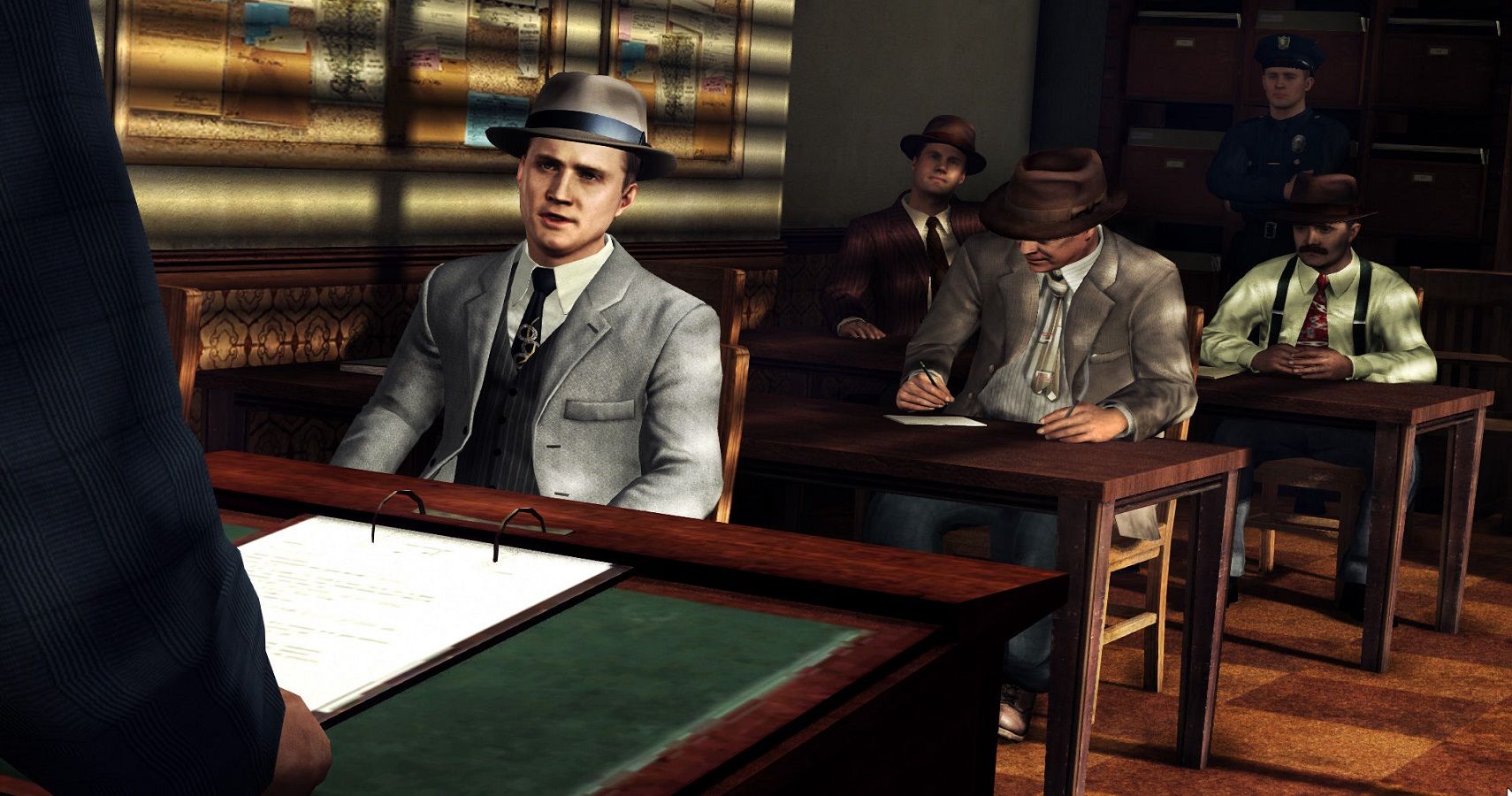