This is not going to be another debate about whether Edelgard was justified with her actions. After reading numerous articles, I think it’s safe to say that that topic has been beaten into the ground. However, if you have any interest in playing Fire Emblem: Three Houses and have yet to try each path, I highly recommend saving this article for afterwards, as there will be plot spoilers.

Upon my tenth or so playthrough (with about seven of those being the Blue Lions route), it dawned on me that back when I played through Black Eagle House, I never heard anything about the past relationship between Dimitri and Edelgard. If you take the Blue Lions path, Dimitri fills you in on his past crush on Edelgard, how they became step siblings, and how close they used to be—including his gift to her of a dagger to “forge her way through the future” with. But why is it that Edelgard makes zero mention of any of this, even when you play through the game on her side?

There are several theories as to why this is the case. During the Black Eagle route, Edelgard does mention (at the Goddess Tower, during the night of the ball) that a kingdom noble was her first love. It could be speculated that Edelgard simply has closed herself off after experiences from years ago. In the past, Edelgard and her ten other siblings were subjected to torturous Crest experiments that were done by Those Who Slither in the Dark, and the experiments were encouraged by corrupt Adrestian nobles. Considering the brutality of these experiments, it would make sense that the loss and pain would shape Edelgard’s world views, thus encouraging her to be closed off from others. It’s possible that she did have a deep love for Dimitri in the past, but after what she went through, she began to consider that as no longer a part of her. It does seem that she begins to really open up once Byleth becomes involved with her.

However, I’m not sure I buy that theory. First, if this was about closing herself off from caring, I fully believe this would have come up in a private conversation with Byleth eventually. Edelgard most certainly does not remain closed off from Byleth about other topics, and to accept that not a single sentence was ever spoken about this history would not be consistent. I also don’t believe that it’s simply that Edelgard does not care, given both the passion she still has for trying to save the world and also the passion she has for Byleth. It would be one thing if she were written as a consistently closed-off, cold character who only cracked open at the end of the Black Eagle route (because then we could assume that she perhaps told Byleth all about it later on). But Edelgard is extremely open with Byleth the entire time after you officially choose her route and support her. 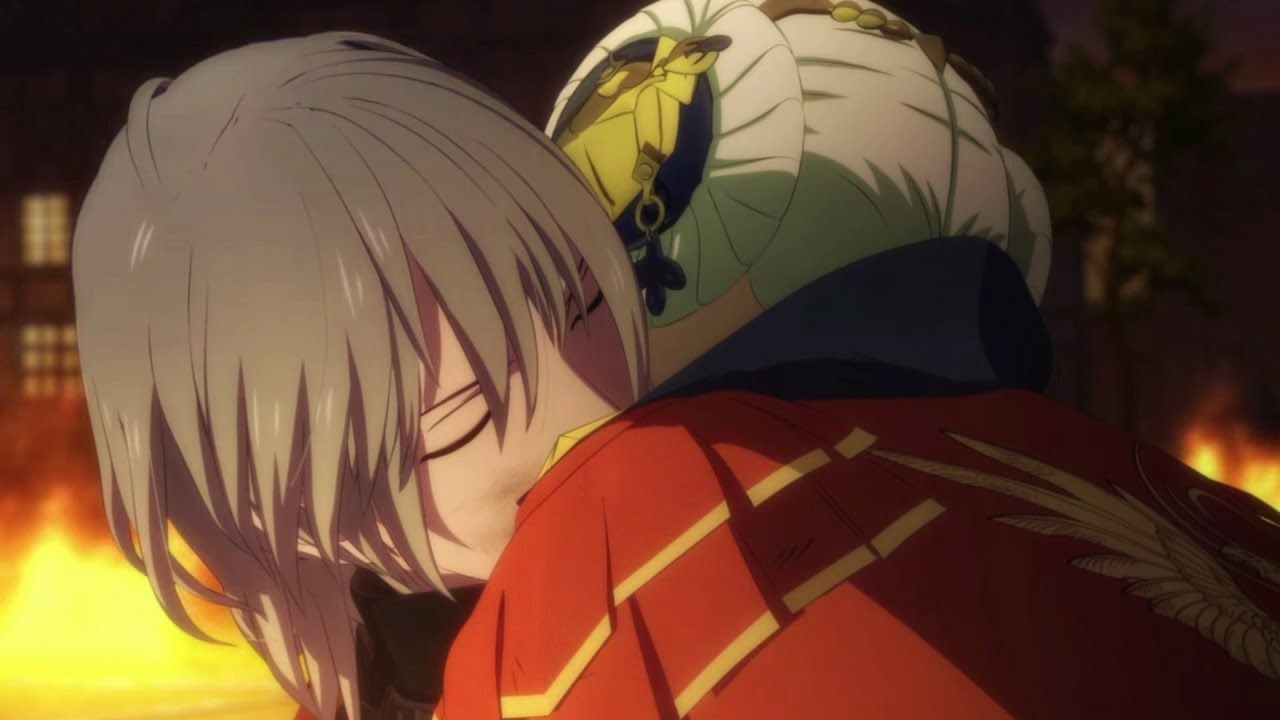 Therefore, a much more plausible explanation, in my opinion, would be that she has forgotten about their history entirely. For example, she says at one point “there’s no one left who calls me El,” but we know from the Blue Lions path that Dimitri was one of the people who referred to her by that name. This would seem to eliminate the possibility that she is simply “closed off,” and suggests that she either does not care at all about his existence, or that she doesn’t remember. Furthermore, when Dimitri and Edelgard have the pre-battle discussion towards the end of Blue Lions, Dimitri hands her the dagger and calls her “El,” and she looks entirely shocked. How could she forget such important information?

If you’ve never heard the term before, dissociative amnesia can happen when someone goes through an extremely traumatic event. In short, it basically means that you went through something so terrible that your brain, in an attempt at self-preservation, can cause you to forget huge events that have happened in your life, especially if they’re associated with the trauma. While Dimitri wasn’t directly associated with the experimentation that Edelgard went through when she was younger, he is associated with that time of her life, before she became the post-trauma Edelgard that we’ve come to know and love. It isn’t a stretch at all to think that she suffers some form of PTSD (suggested by her nightmares), which further supports the likelihood that dissociative amnesia is to blame.

The story is quite tragic. Before I thought about this aspect, it was already difficult to digest, considering all three house leaders just want to build a better world but end up having to fight each other to do it. But Edelgard not being able to remember someone who truly has cared about her, especially when they end up trying to kill each other, is perhaps the most tragic of all.

Next: What Goes Into Crafting Good Skill Trees In RPGs