This week saw Trans Day of Visibility take place, an occasion meant to celebrate and highlight the existence of transgender people around the world. We are still fighting for the right to exist, and to have the same benefits as those who continually seek to demean and demonise us. It’s not an easy existence, but I’ll keep fighting for who I am as long as I live, and I hope my friends and family will join this journey towards a better world to reside in.

In the absence of solace in the real world, or even a signifier that we are transgender in the first place, many queer people turn to media as a form of respite. Films, games, and music can be comforting places to find ourselves, or a way to face the truth we’ve been unable to tell ourselves for years. Makoto Shinkai’s Your Name was one such experience for me, as well as many others if the conversations I’ve had in recent years are any indication.

I don’t believe Makoto Shinkai approached Your Name as a transgender story, but it’s coded in such way because of the subject matter alone. It’s a journey of young people finding their way in a modern vision of Japan that has coped with national disasters and a declining birthrate, existing in a generation that is both more independent and more reliant on technology than ever. If you’ve yet to see the film, let me fill you in on the basics. 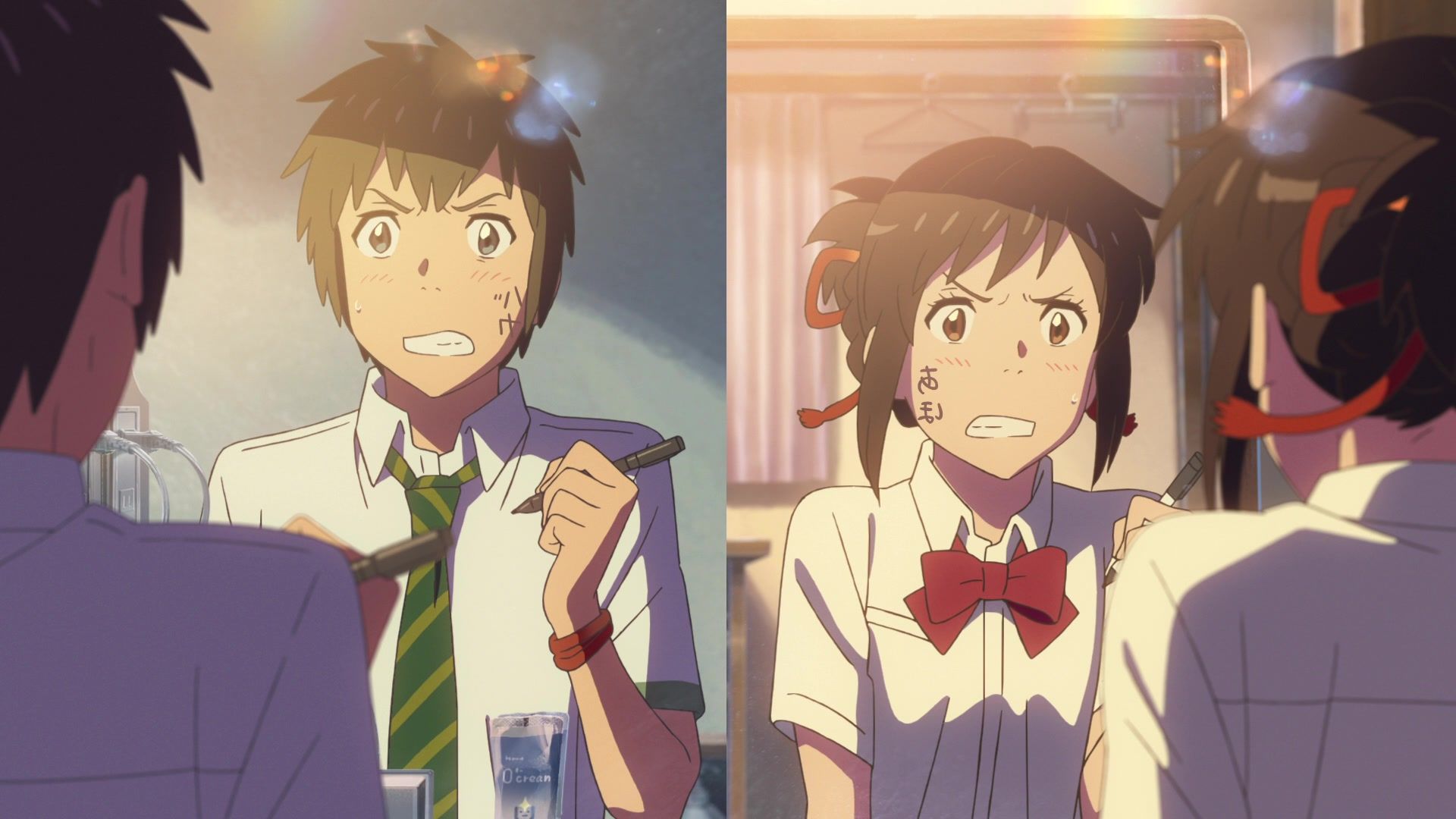 Your Name follows central characters Taki Tachibana and Mitsuha Miyamizu, two teenagers who are sick of their respective lives in the bustling streets of Tokyo and the remote countryside of Itomori. It’s this apathy towards life that leads to something fantastical taking place. One morning, the teenagers awake in opposite bodies, forced to struggle through a daily life that is completely alien to them.

Now, you could write this off as Weeaboo Freaky Friday and call it a day, but Makoto Shinkai’s stellar writing and attention to thematic detail help bring Your Name to life in a way few films can match. Many imitators have emerged in the years since such as the excellent Ride Your Wave and even Shinkai’s own Weathering With You, but this remains the top dog. Mitsuha and Taki are forced into trials and tribulations that completely alter their perspective in life, leading to them not only falling in love, but gaining insight that fundamentally changes who they are.

It’s the opening act of Your Name that strikes the hardest for me. The sudden realisation that you have awakened in an unfamiliar form, one that goes against the physical and emotional constraints you have abided by for your entire life. This is exactly what happens to Taki as he finds himself in the body of Mitsuha. He touches at her chest, just as a teenage boy probably would, bemused and intrigued at the strange circumstances he now finds himself in.

This embarrassment is played for laughs, repeated throughout the film as a way of poking fun at the infantile nature that sits at Taki’s core despite proving himself to be endlessly resourceful as the narrative unfolds. Taki’s gradual exploration of Mitsuha’s environment is immaculate, the first few days being an awkward stumble amidst her friends, family, and school life as the circumstances behind this wacky situation come to life. 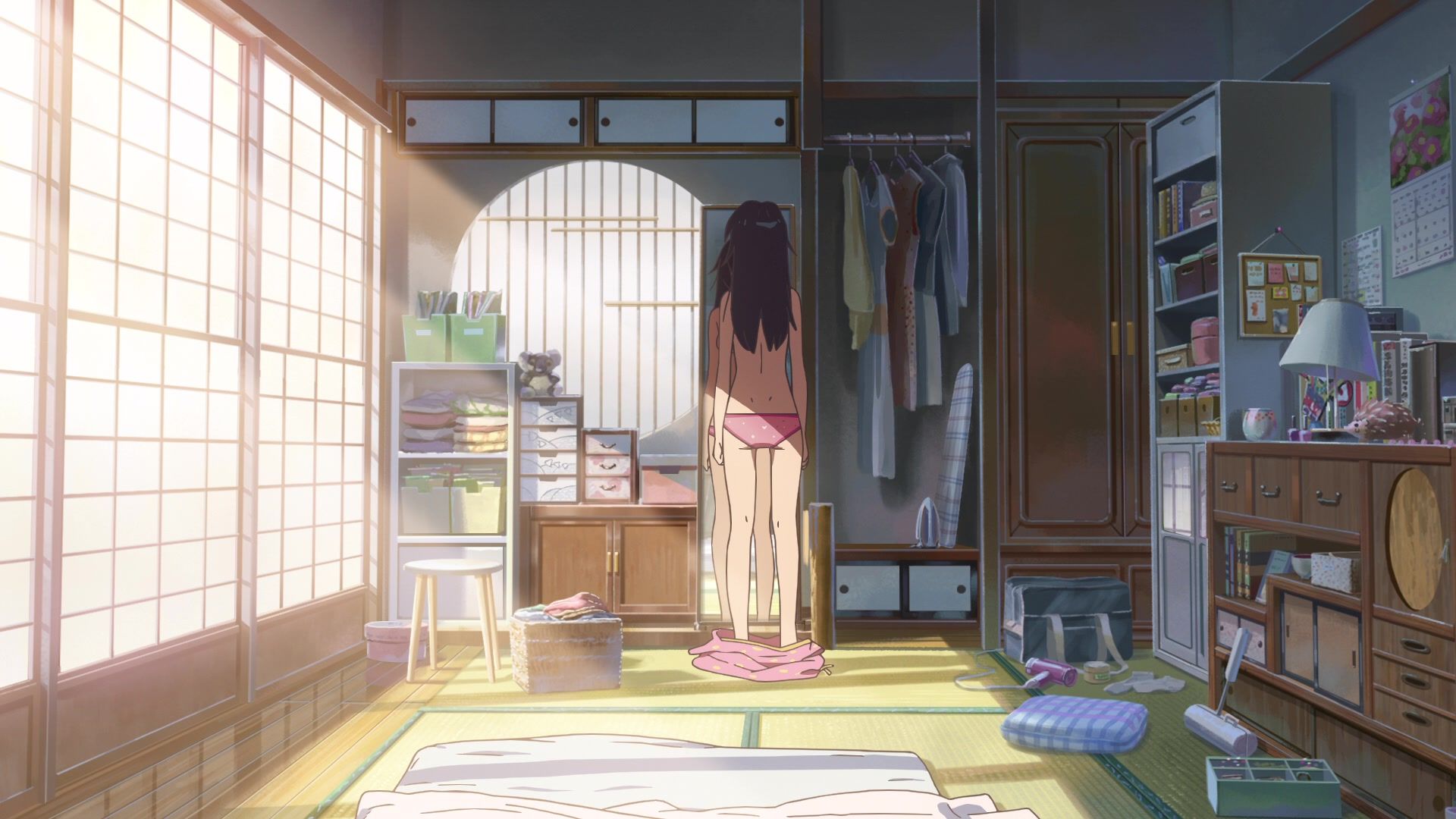 The way he approaches the mirror with trepidation, dropping his pyjamas and staring blankly at Mitsuha’s body was a bizarre point of enlightenment for me. I asked myself if I’d be happy waking up in a different body, one that went against the biological restraints I was born with. The answer was a resonating yes, acting as a catalyst for recognising a number of obvious signs throughout my life that something wasn’t quite right.

Now I’m no fool, I’ll never wake up with the body or voice I desperately want, but Your Name taught me that I could work towards such goals. Gender dysphoria is a brutal, unpredictable beast that makes me constantly irrational about my own self-image, and I’m not sure it will ever dissipate. Media that makes me feel valid and cared for like Your Name makes that battle much easier, even if it isn’t targeted at me in such a way.

Both Mitsuha and Taki grow more and more comfortable in their opposite bodies as the film progresses, so much so that when this foundation is pulled away they are lost for words, curious why their journey of self discovery has been cut short. This revelation happens just as the film’s romance begins to rear its head, culminating in a heartwarming yet ultimately heteronormative confession that brings me to tears whenever I watch it.

Even though Mitsuha and Taki have swapped lives for much of the film’s runtime, their loved ones seldom treat them any differently. Sure, things are a little awkward at first, but Mitsuha’s friends are immediately blown away by her newfound confidence when Taki is in control, while Mitsuha’s more feminine approach to Taki’s lifestyle earns him not only respect, but a burgeoning love life that depends on this newfound femininity. 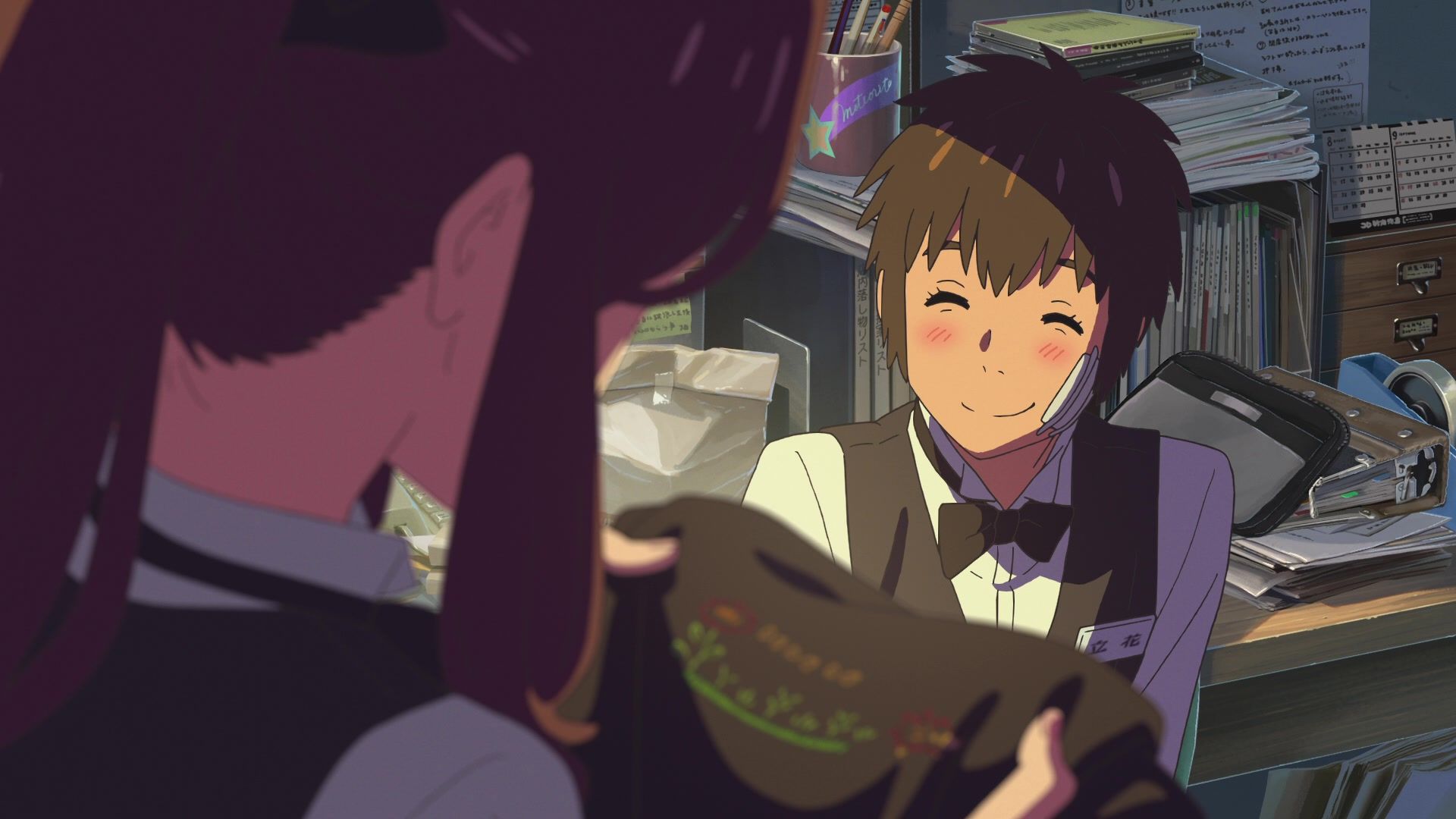 Shinkai deliberately fights against gender norms in a way that feels rather progressive, especially in a medium still obsessed with obnoxious fanservice. Seeing things from the other side helps both Mitsuha and Taki grow as individuals, and the fact that gender roles can be interchanged so fluidly with such minimal pressure was another subtle nod of confidence for me to pursue my own transition.

The impossible dream of some transgender people is to wake up in a body that no longer fights against them physically and mentally at every turn, and Your Name teases that scenario in a way that left me speechless on my first viewing and continously intrigued for the many that would follow. Seriously, I think I saw this film at the cinema about eight times over the years.

It’s not a realistic way of approaching gender transition, it’s instead the height of possibility. The body-swapping shenanigans teased how much happier I’d be by pursuing who I’ve always wanted to be, while also solemnly educating me on some of the challenges that will and have come in the years to follow. 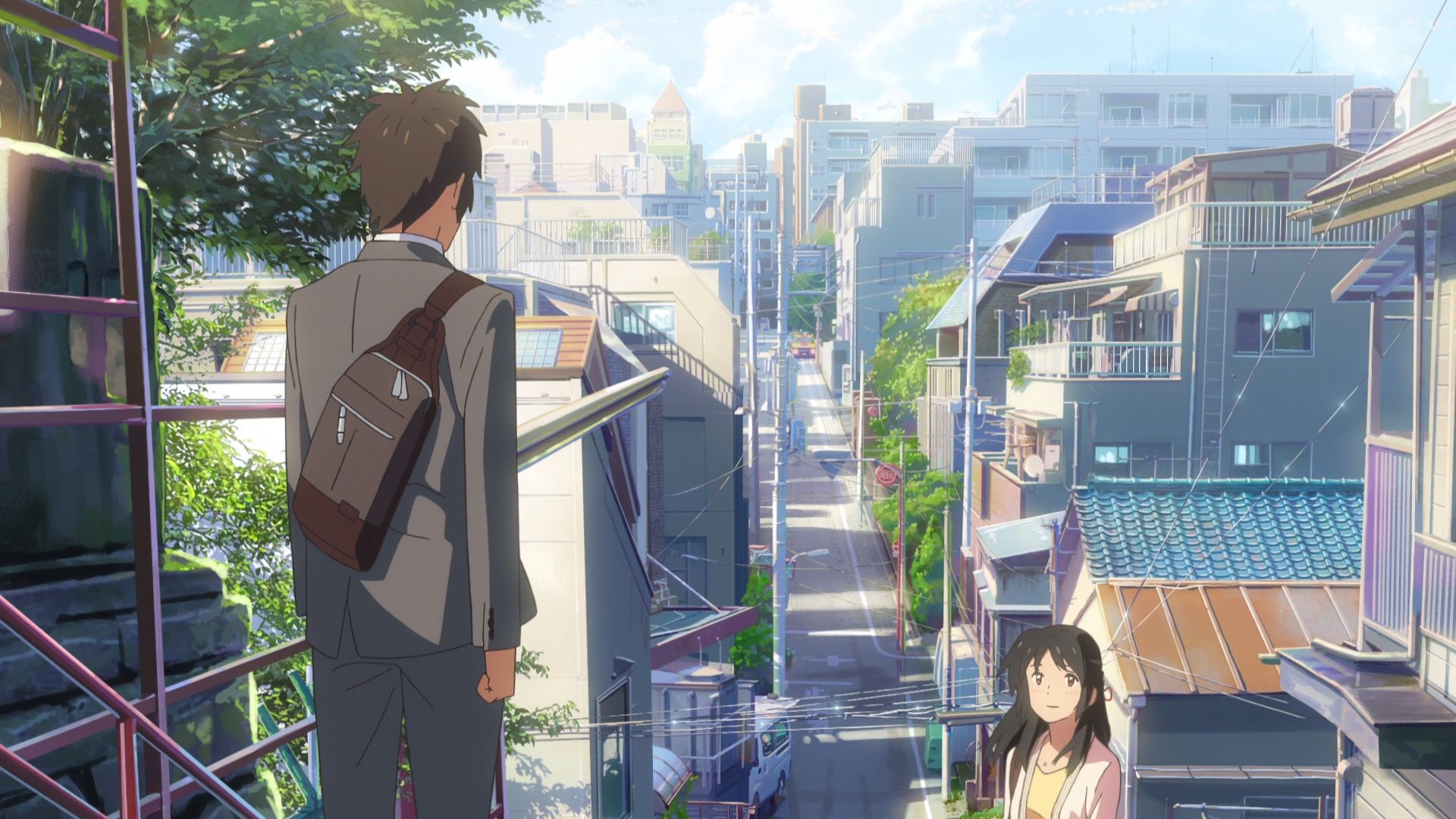 Your Name is a warm embrace of a film, one that awakened feelings that had long been locked inside of me simply waiting for some form of sign to come out. I’m so glad it did, and I hope Your Name and other creative endeavours like it will continue to inspire those who might be afraid to pursue their true selves.

The closing moments of Your Name are seen by many as bittersweet. Years after their memories of one another have floated away into nothing, Mitsuha and Taki cross paths on the now iconic staircase. Walking past without a whisper, tears fill their eyes when, at the last second, they turn back to face an uncertain future. “Your name is…” they both ask. I didn’t know mine before this film was brought into my life, but now I do, and for that I owe Your Name more than I could ever imagine.

Next: Ann Takamaki Should Have Been The Lead In Persona 5 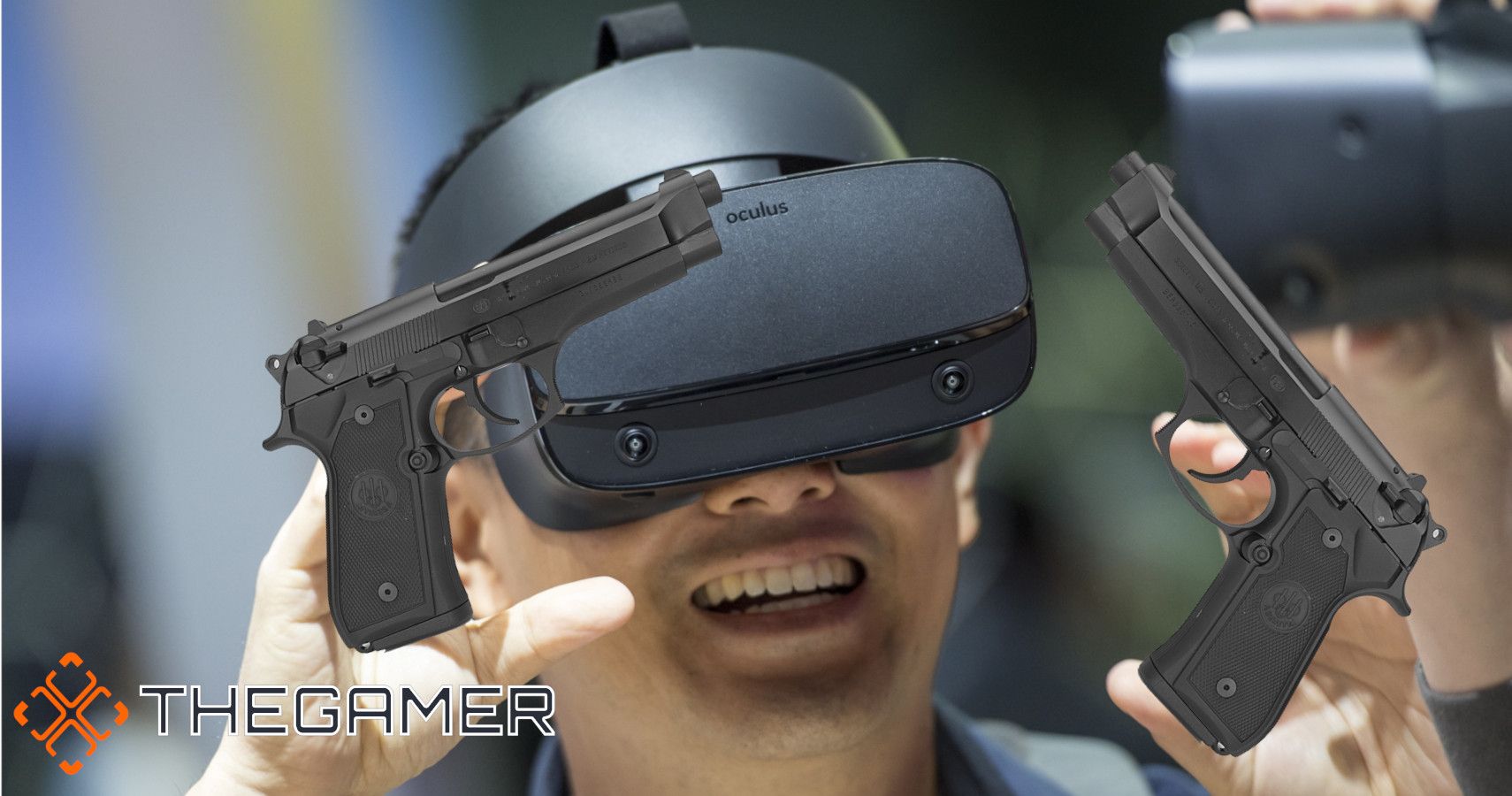 Jade King is one of the Features Editors for TheGamer. Previously head of gaming content over at Trusted Reviews, she can be found talking about games, anime and retweeting Catradora fanart @KonaYMA6.