Orion was cofounded in 2013 by Robbins and Greg Albrecht, who have worked in software and startups but who are also emergency medical technicians. The company’s Voice Platform provides real-time communication and voice-activated business automation via smartphones and other devices, much of which is powered on the backend by AI services from companies like Microsoft, Google, and IBM.

In addition to translation in over 60 languages and automated emergency alerts that let lone workers call for assistance, Orion customers get indoor positioning services; standard operating procedures that automate safety-based checklists, environment inspections, and workplace audits; compliance processes; and business software integrations. They also gain access to a bot platform that lets them create voice commands and hear alerts by plugging into internal databases and spreadsheets, and that allows them to program voice-triggered automatic check-ins and geofenced instructions. 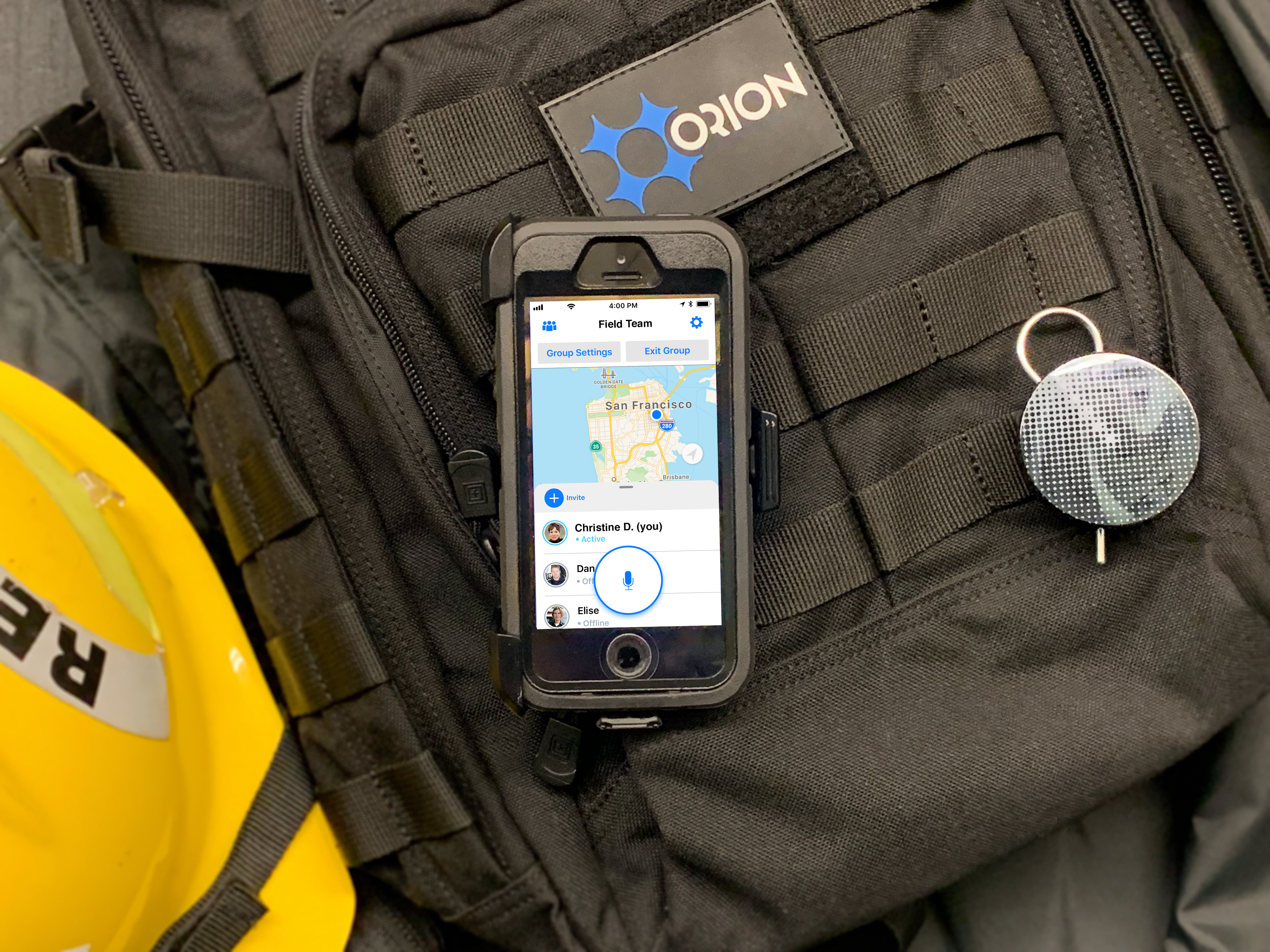 Orion’s Push to Talk product delivers push-to-talk communication for teams of any size, chiefly from tablets or smartphones. Phones with built-in push-to-talk buttons can be converted into dedicated push-to-talk devices, and regardless of device, users can create unlimited talk groups and directly message individual team members while viewing team member locations with GPS location tracking.

From Orion’s Command Center and Dispatch Center dashboards, admins can manage up to thousands of users and perform real-time mapping, dynamic dispatch, message replay and recording, team mapping, and more. And they’re able to purchase $99 clip-on Orion Labs Onyx smart walkie-talkies, which sync via Bluetooth with smartphones to let users communicate hands-free without any range limit.

For businesses in need of a fully managed solution, Orion offers a service that includes a preconfigured physical device as well as network connectivity, a warranty, and support. The devices in question connect to Land Mobile Radio (LMR) systems with the Orion Voice Platform, extending the range and reach of line-of-sight communications without the need for radios or signal-boosting equipment. 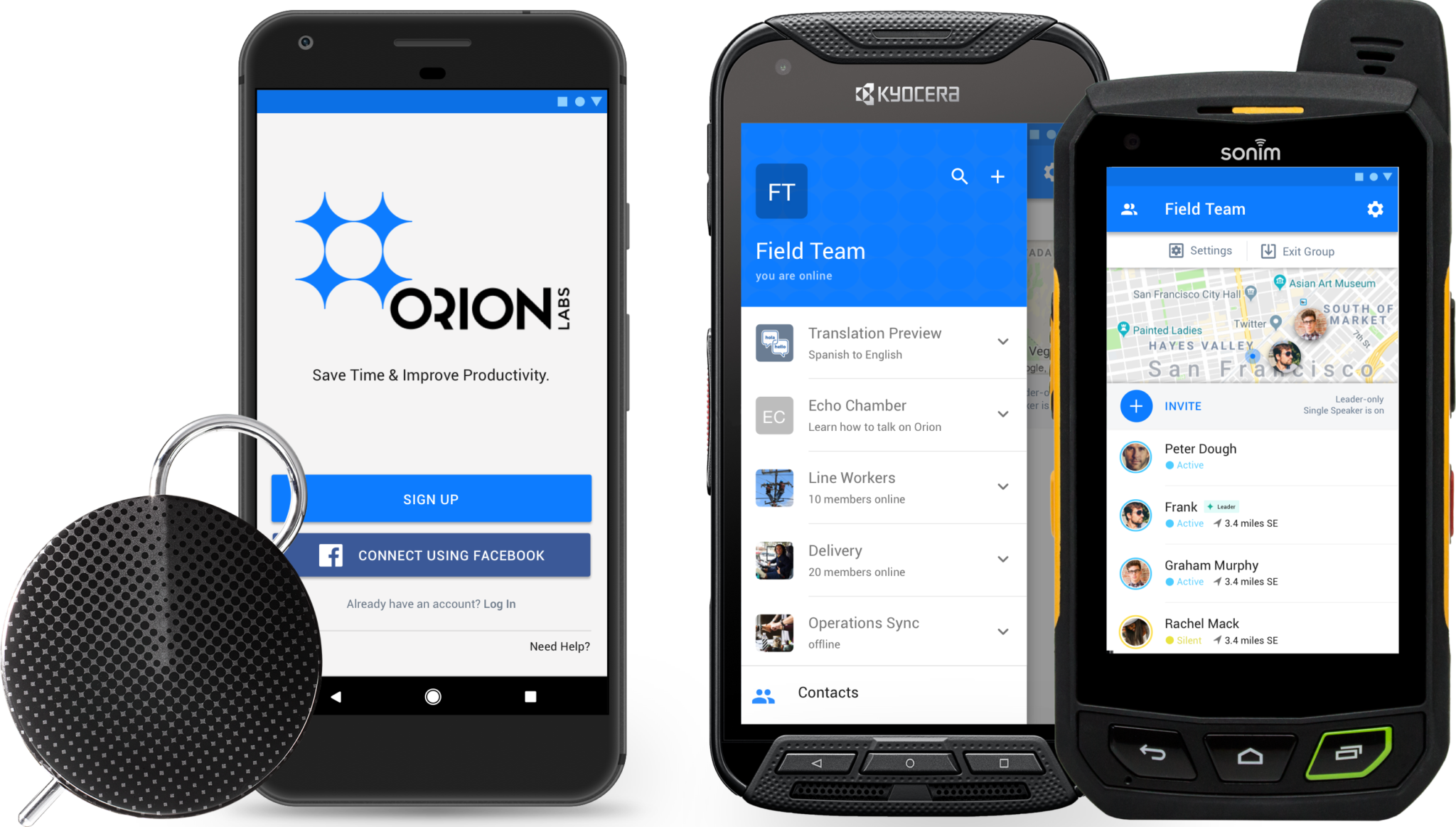 Orion, whose customers include RioTinto, Google, Marriott, and others in industries such as hospitality and gaming, field services, transportation, facilities management, energy and mining, construction, retail, and health care, saw a four times increase in annual recurring revenue over the past year. Taylor said that one mining client with 50,000 employees is using the Orion Voice Platform to automate checklists for mine workers; miners trigger the workflow by speaking an activation phrase and responding to voice prompts until they complete the checklist, which is automatically logged and distributed to management.

Dell Technologies Capital led this latest round (a series B) in San Francisco-based Orion, with participation from WRVI Capital and existing investors including Avalon Ventures, Argentum Capital Partners, Allen and Company, and Mathers Associates. It brings the startup’s total raised to over $60 million following an $18.25 financing round in September 2017.