Platforms like Amazon Go piqued public interest in contactless brick-and-mortar payments, but the pandemic is accelerating adoption as retailers scramble to deliver touchless experiences. In early September, Standard rival Grabango announced the launch of a “no-line” payment experience at a Giant Eagle supermarket in Pittsburgh. And facial recognition terminals like PopID are gaining traction among businesses looking to eliminate spread vectors. According to ABC, speaking to chargeback company Chargebacks 911, banks’ use of contactless payment options has surged 150% since March.

The University of Houston reports that 225 students, faculty, and staff tested positive for COVID-19 between March 2020 and October 1, bringing the case rate to 4.24 per 1,000. The college adopted a hybrid model to reopening its campuses, with in-person and online services available to students.

Standard says Market Next was retrofitted with the startup’s ceiling-mounted cameras and machine-vision software that associates shoppers with items they wish to purchase. Standard’s platform integrates with Chartwells’ existing mobile ordering app, Boost, for payment, enabling shoppers to check out in as little as 2.3 seconds.

“A big focus [for Standard recently] has been on reducing the cost of our system and allowing for faster installations, which are key factors allowing us to have installed three stores with Compass, setting the stage to do many more,” CEO Jordan Fisher told VentureBeat via email. “We do expect somewhat lower traffic as a result of the pandemic, but we’re proud to be able to help students come back to campus in a safer way and are looking forward to increased traffic next year as things return to normal.” 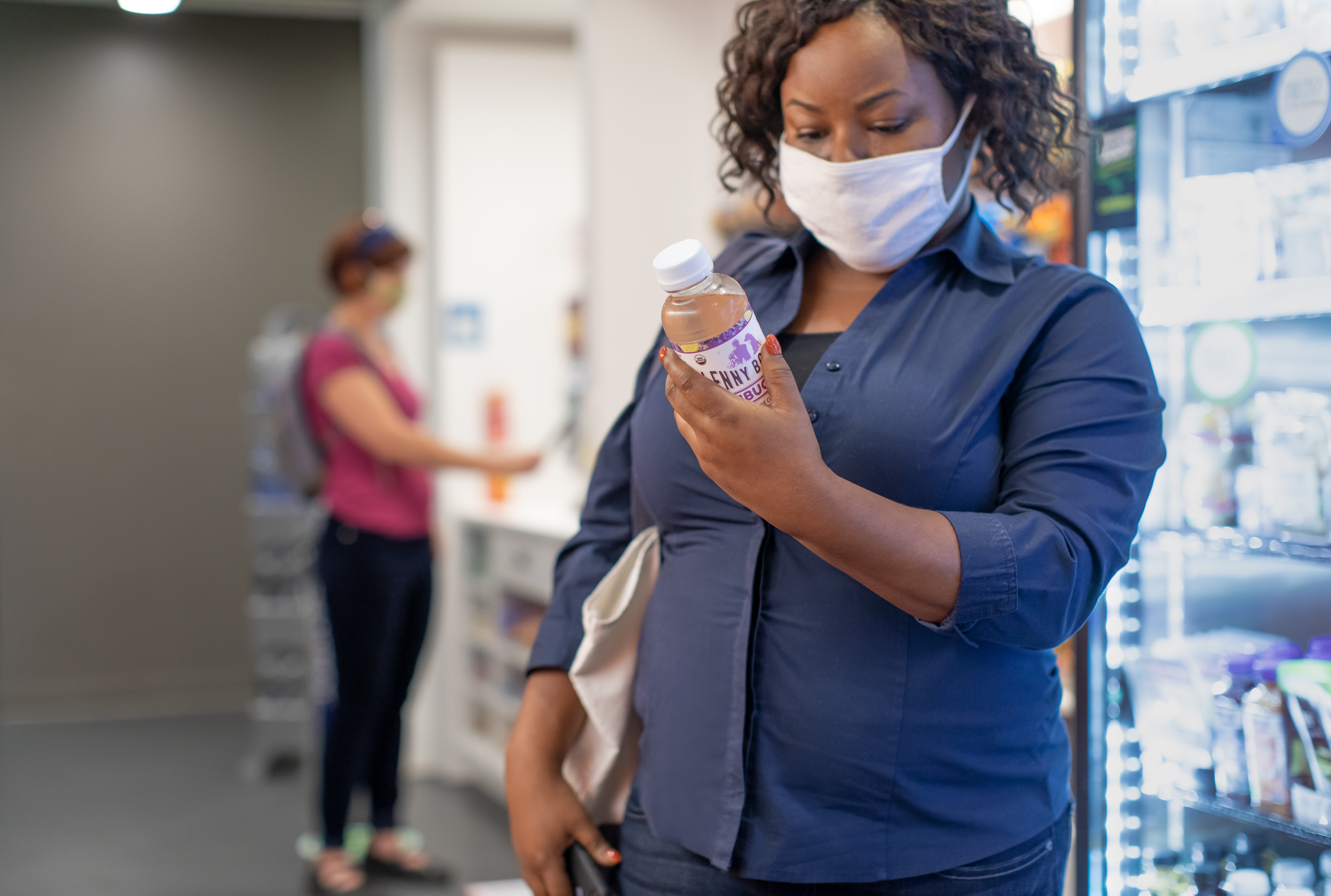 Standard says it’s actively working with Chartwells’ internal digital partner, Compass Digital Labs, to deploy cashierless technology in stores across North America, including in Ontario, Canada. A convenience store equipped with Standard’s checkout-free technology recently opened in North Carolina, and in August, Standard inked a deal with Circle K on a cashless convenience store in Phoenix, Arizona. Prior to the pandemic, Standard was operating a grab-and-go convenience store in Polar Park in Worcester, Massachusetts.

“We’re targeting convenience in all its forms: college campuses, corporate campus, urban areas, and more,” Fisher continued. “We want to help people get their daily snack or meal faster and more seamlessly everywhere. We do intend to tackle grocery as well, but we believe that is a lower impact vertical to start in. Grocery shoppers frequent a store once a week typically, whereas convenience shoppers often shop every day. We want to make the biggest impact on shoppers’ lives, so we’re starting where people shop the most frequently.”

Standard has made impressive headway, nabbing $86 million in venture capital and cementing a partnership with Paltac in Japan that will see its solution deployed in 3,000 stores. Its platform uses algorithms to keep tabs on customers as they peruse shelves without using biometric data (e.g., facial images) or physical sensors. Like Amazon’s eponymous Amazon Go concept, the tech adds items grabbed from a display or shelf to a running tab that is automatically charged to shoppers’ accounts as they exit. Standard’s system accounts for changes, like when a customer puts back an item they initially considered purchasing, and it anonymizes data to minimize the risk of overzealous brands or retailers targeting people’s purchasing patterns.

In September, Standard became the second company to open a cashierless store in San Francisco, following Zippin in August. (Standard’s store briefly closed when San Francisco’s shelter-in-place order took effect in March, but it reopened in May with a modified layout in accordance with the San Francisco Department of Health’s social distancing and sanitation guidelines.) The 1,900-square-foot space at 1071 Market Street has only two on-site employees and no check-in gate, and it features dozens of ceiling-mounted cameras, each wired to a networked appliance that performs inference. It’s currently stocked with snacks, personal care items, and cleaning supplies, with plans to expand its inventory over time.

The store serves as a sort of functioning showroom. Standard is using anonymized data from the location to improve its algorithms and walk prospective retail partners through live demonstrations. Hundreds of retailers are reportedly evaluating the company’s technology, and several have signed contracts. Before the pandemic, Standard had tentatively planned to roll out its platform to 100 stores a day.